His President Mr. Enrique Arranz gave the thanks to all the guests and offered us a delicate dinner prepared by the cuisine of the fancy Hotel Casa Fuster GL, one of the most emblematic hotels in Barcelona. 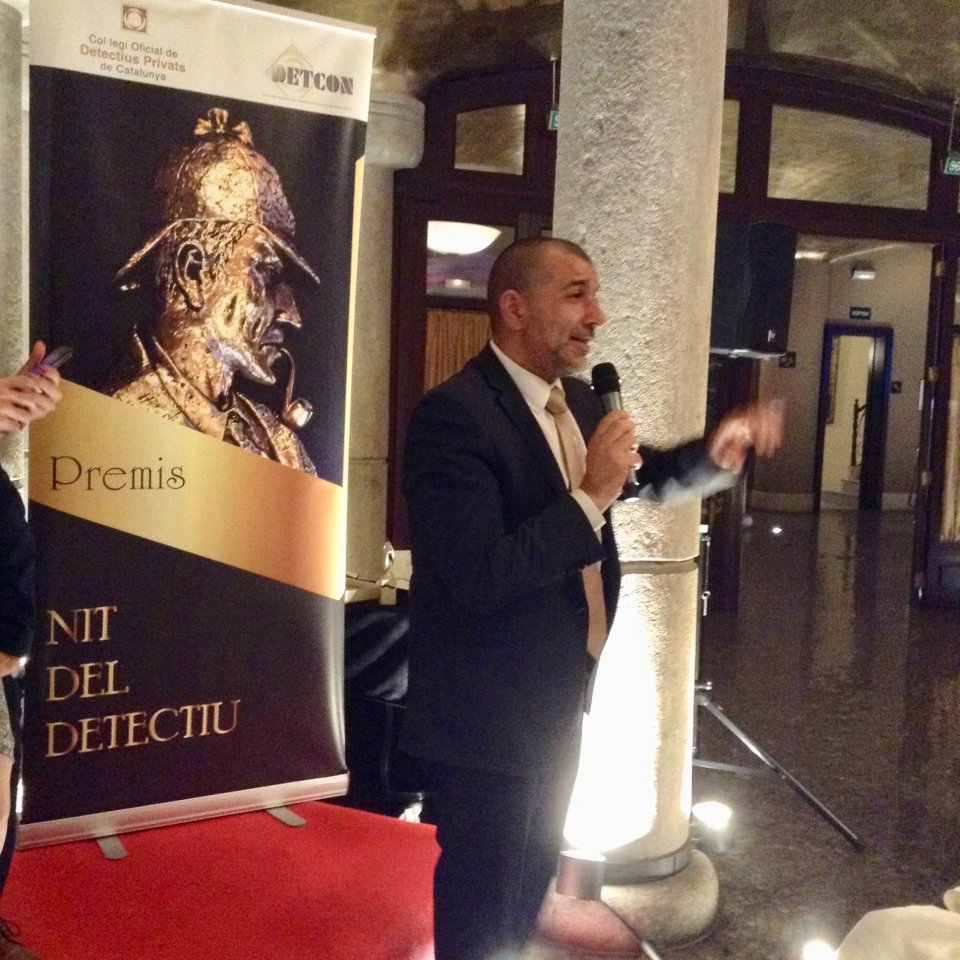 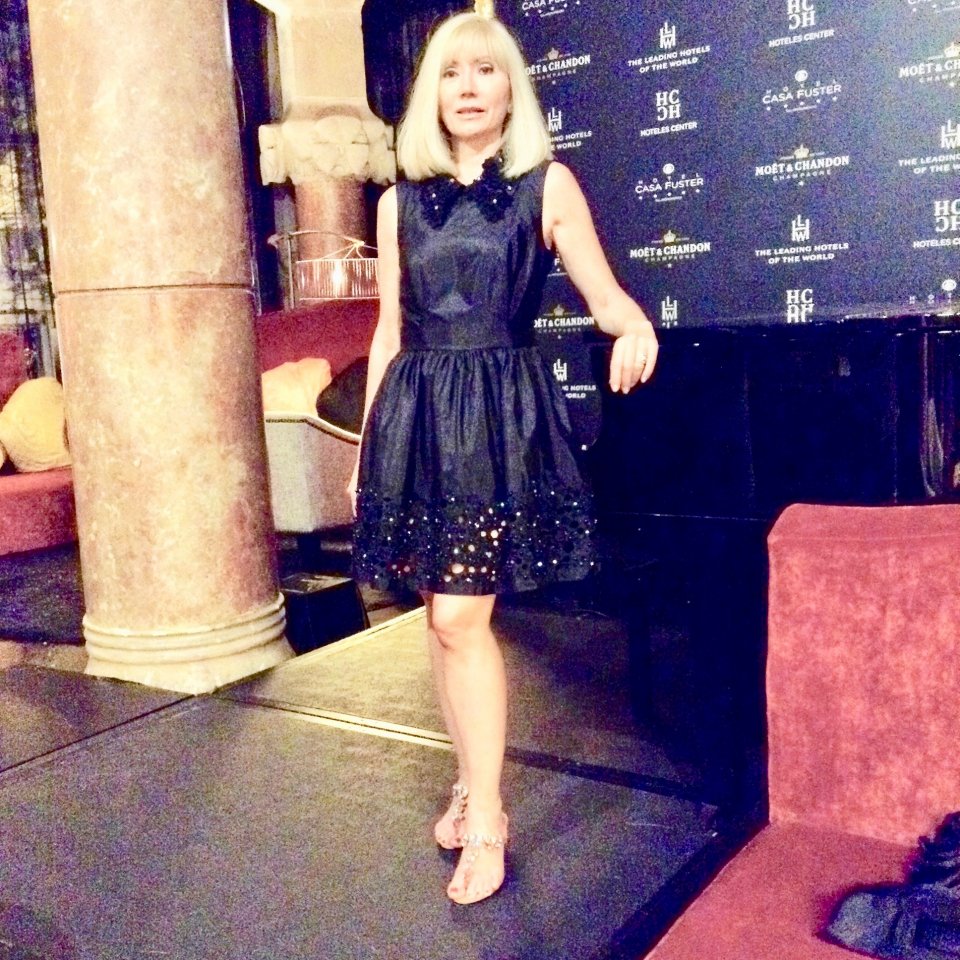 This magical night is the last act of the previous congress that this College celebrated to update all the professionals about the news in security, training and laws. 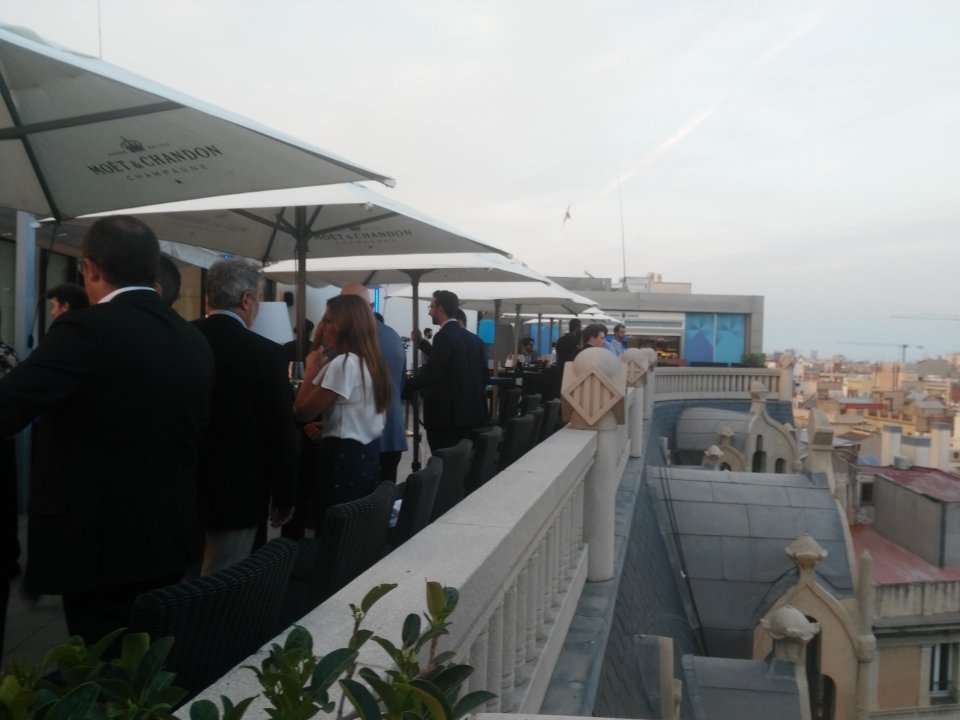 The act began in the beautiful terrace of the Hotel Casa Fuster and all the guests could see the extraordinary views of the Paseo de Gracia. 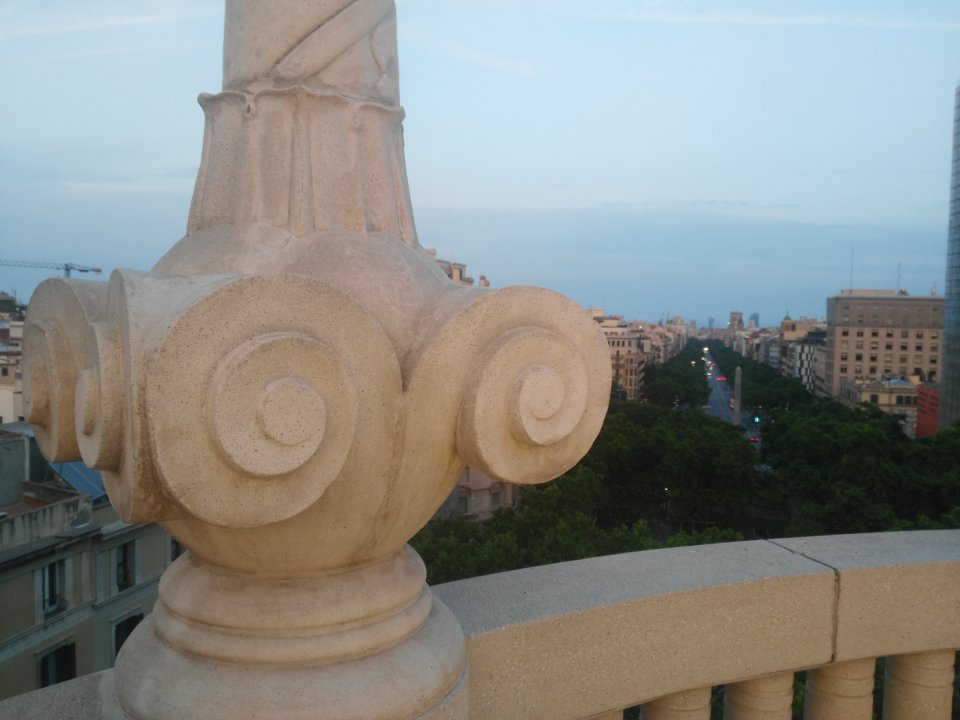 After the cocktails at the terrace, all the guests went to the beautiful Restaurant to enjoy the special menu that thChef prepared for us. 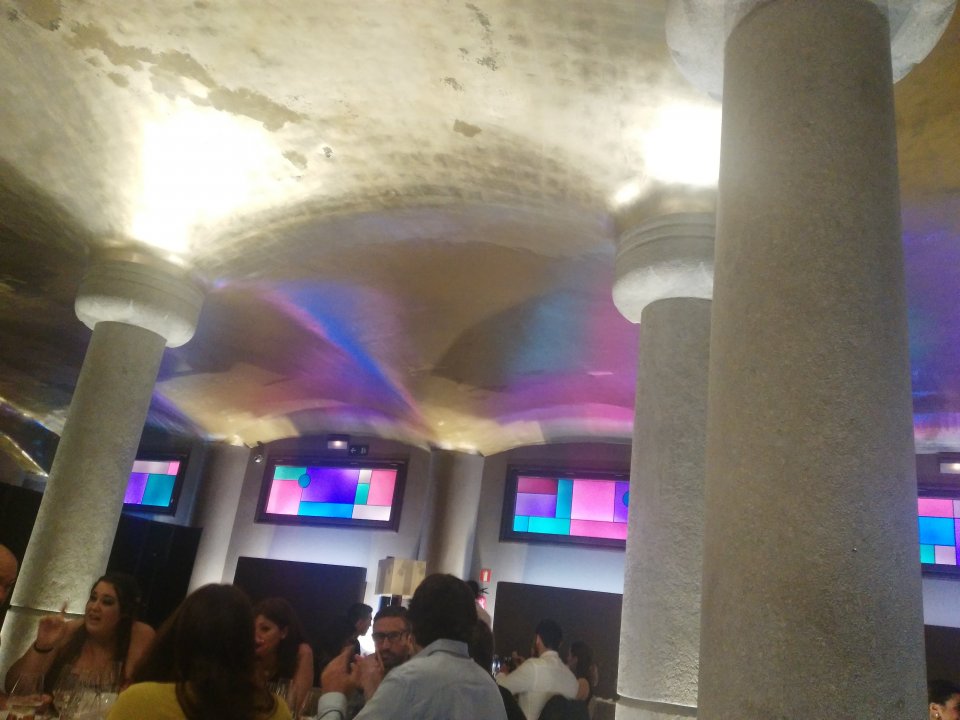 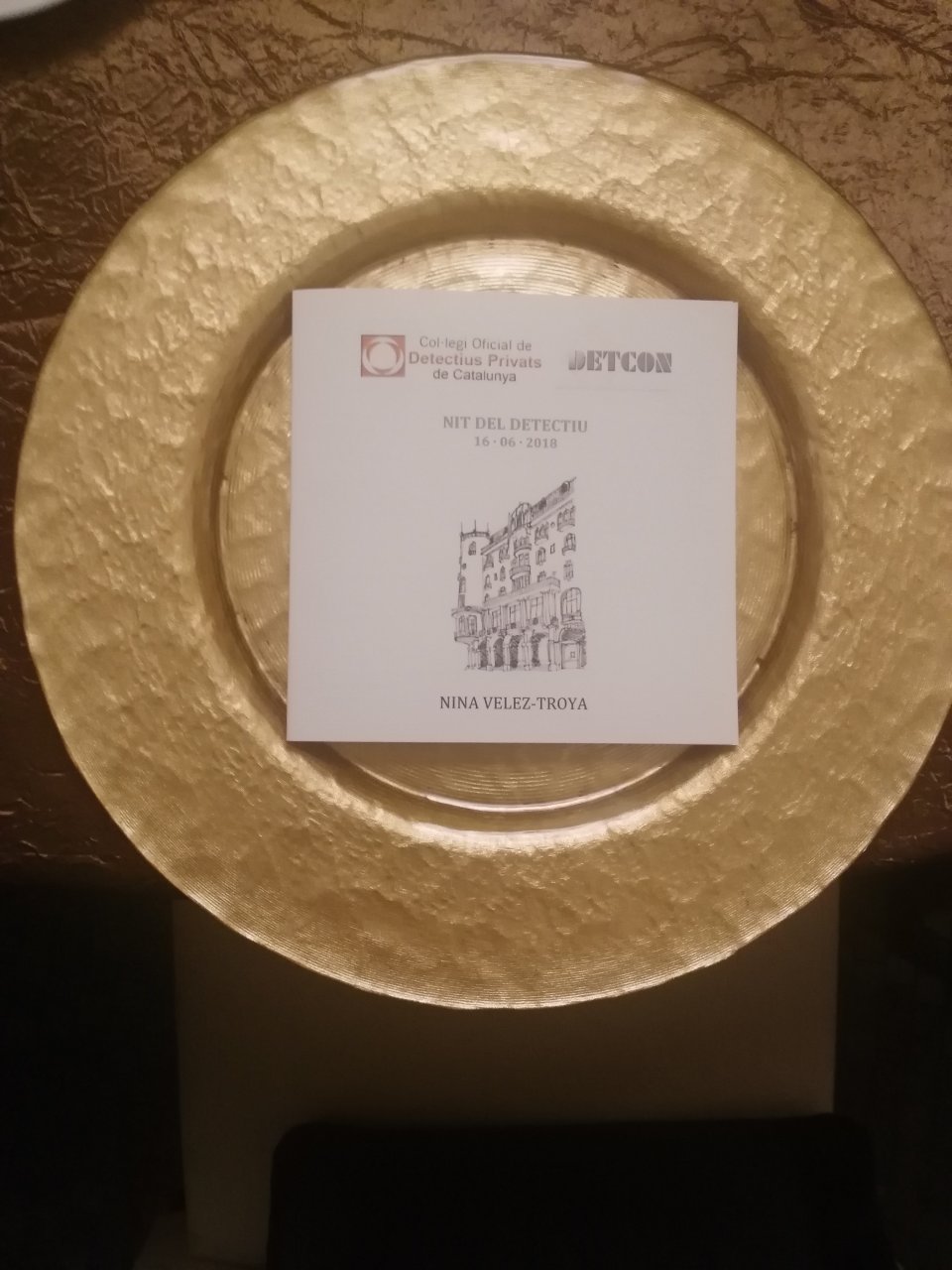 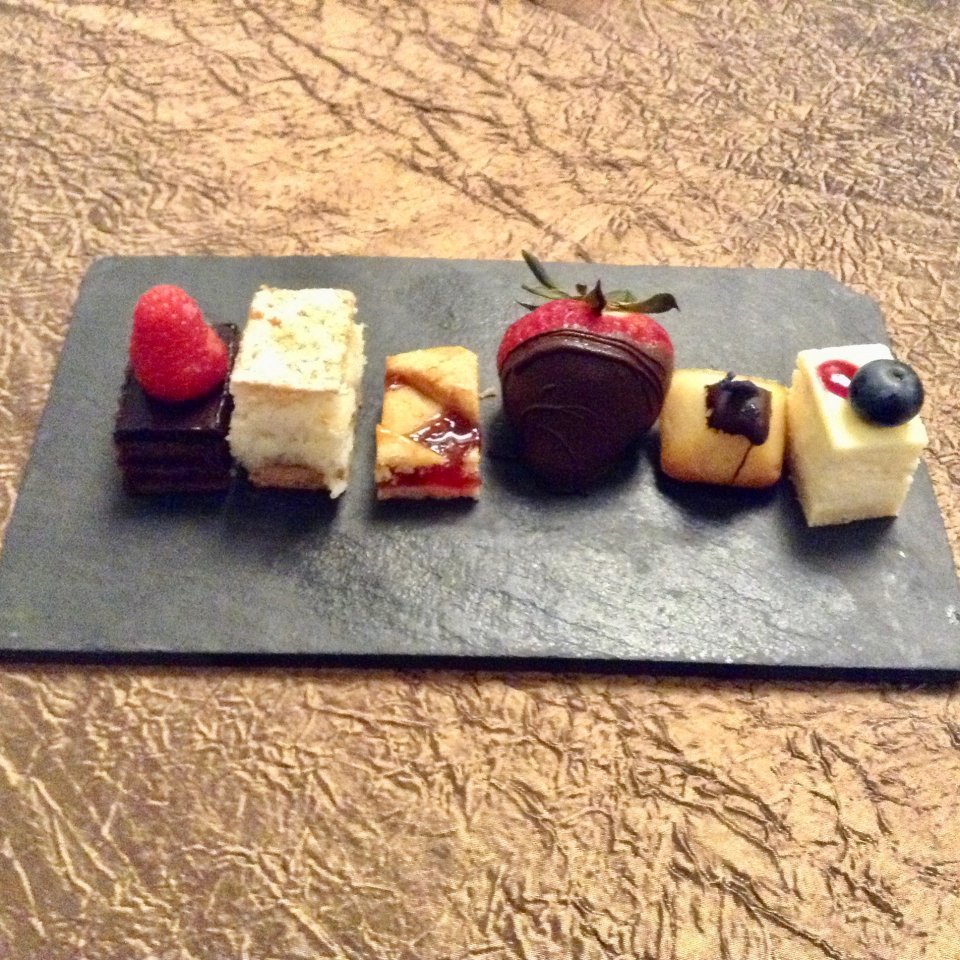 At the end of the dinner, the President Mr. Enrique Arranz gave the Awards to the winners and I gave the Eugenio Vélez-Troya Award to Mr. David Bach.

Mr. Enrique Arranz and Mr. David Bach with me. The Eugenio Vélez-Troya Award and the new generation of young private detectives.

But, who was Eugenio Vélez-Troya?

He was an honorary member of the American Association of Criminology, the International Association of Police Women and the Community of Mayors of the State of New York. He was distinguished with the Gold Plate of the World Secret Service Association, with the Silver Medal of First Class to the Professional Merit and with the Certificate of Merit of the Association of Chiefs and Officers of the North American Police; Honored honorary citizen of Nashville -city in which he was awarded the Golden Key- and as honorary sheriff of Davison County, Tennessee. Unanimously and for three consecutive times, he was appointed President for Europe of the World Association of Detectives in Mexico, Chicago and Barcelona. Among other contributions to the profession, he organized in Barcelona the first World Congress of Detectives held in Europe -1961- and introduced the lie detector or polygraph in Spain (1964). In 1984 the Homicide Brigade of the Barcelona Higher Police Headquarters awarded him a plaque "for his efficient professional work".

With a long experience in the judicial and professional life (intervened in 84,342 cases over sixty years of work), he is considered among the most expert Spanish private detectives in history. In 1953 he founded Detectives magazine and in 1954, during his stay in the United States, where he was to expand his professional knowledge on fingerprinting and expert examination of documents, was named member of the World Secret Service Association of EE. USA, serving on the Executive Committee as delegate for Europe and North Africa. He was also named a member of the Federation of British Detectives of London and the Associated American Detectives Agencies of New York. He attended several international conventions of detectives. In his old age and years before his death, he initiated a project to create the Museum of the Detective in his native population: Torre de Juan Abad; A place where, in June 2002, an International Congress of Detectives was held and, on May 14, 2009, it was granted in its memory the name of a street and a commemorative plaque was placed in the house where it was born.

He also obtained the merit and recognition of the Epsilon decoration of the secret services. In 1998, the Government of the Generalitat de Catalunya also awarded him with the "President Macià" medal of the work.

The Other Traces, Memoirs of a Private Detective Barcelona: Ediciones Obelisco, 1996, reprinted in 2006.

The College of Private Detectives of Catalonia established the Eugenio Vélez-Troya Award in his memory. 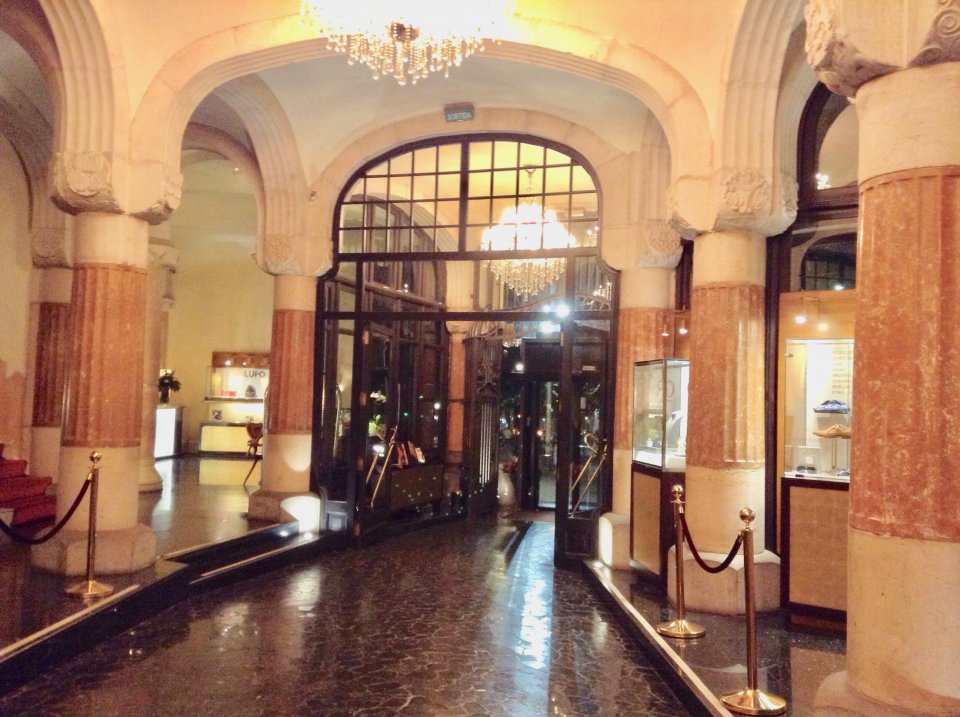