The Westin Palace is known for its hospitality since 1912 and it s one of the most emblematic and luxurious hotels in Madrid.
It is located in the so-called Art Triangle, since it is very close to the most prestigious museums of the city: the Prado Museum, the Thyssen Museum, the Reina Sofía Museum, among others.
Also, its location, the well-known Barrios de las Letras, makes it perfect to find the best gastronomic, cultural, leisure and shopping offers. 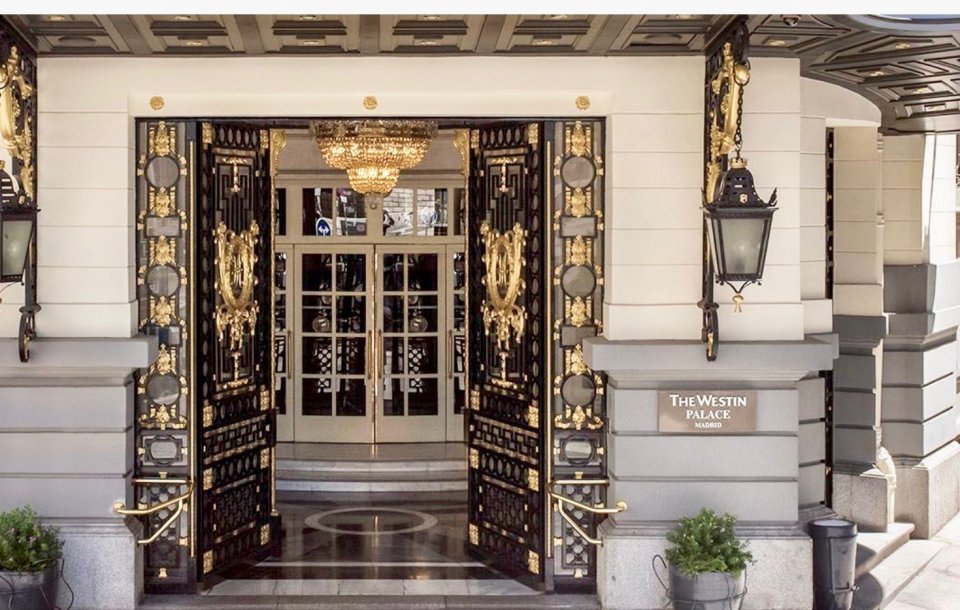 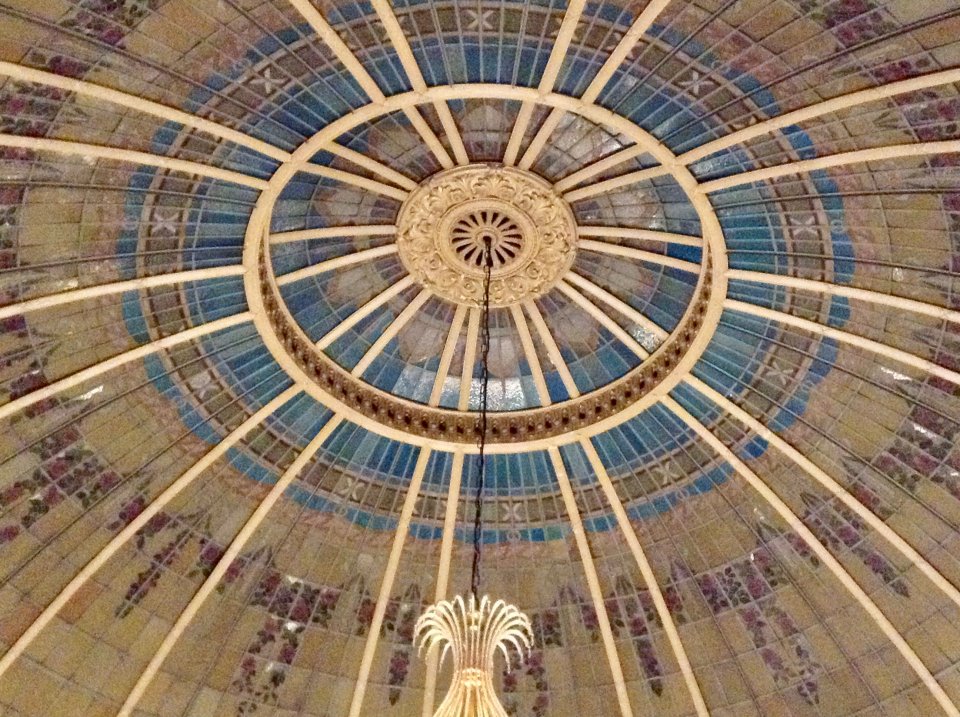 The restaurants and bars of the hotel are, for a century, in the center of the cultural and leisure scene of the capital.
From the impressive dome of the La Rotonda restaurant, with its famous Sunday Opera & Brunch, to the English bar, 1912 Bar Museum, through the spaces dedicated to Asian high cuisine, Asia Gallery and Green T Sushi Bar. 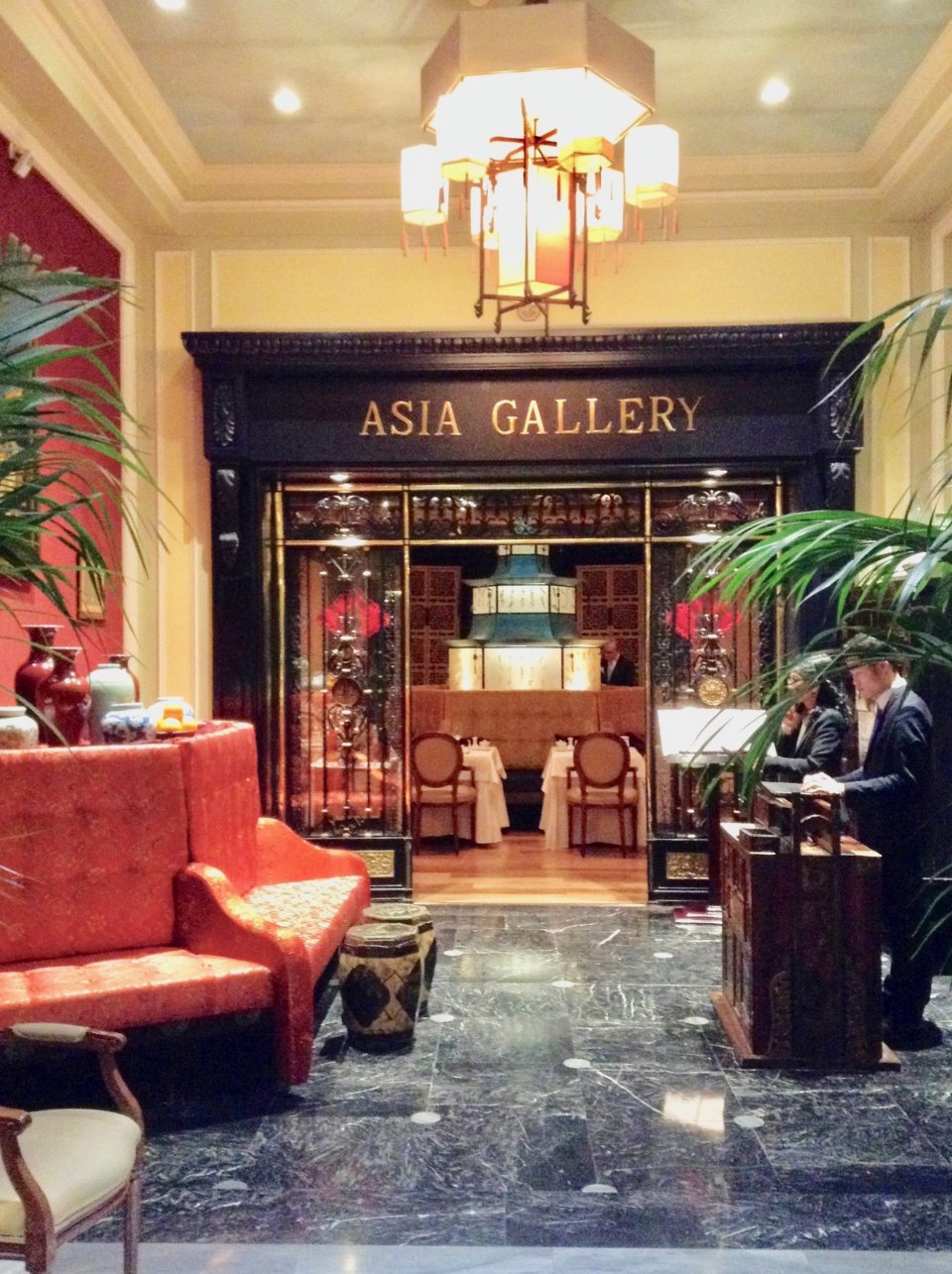 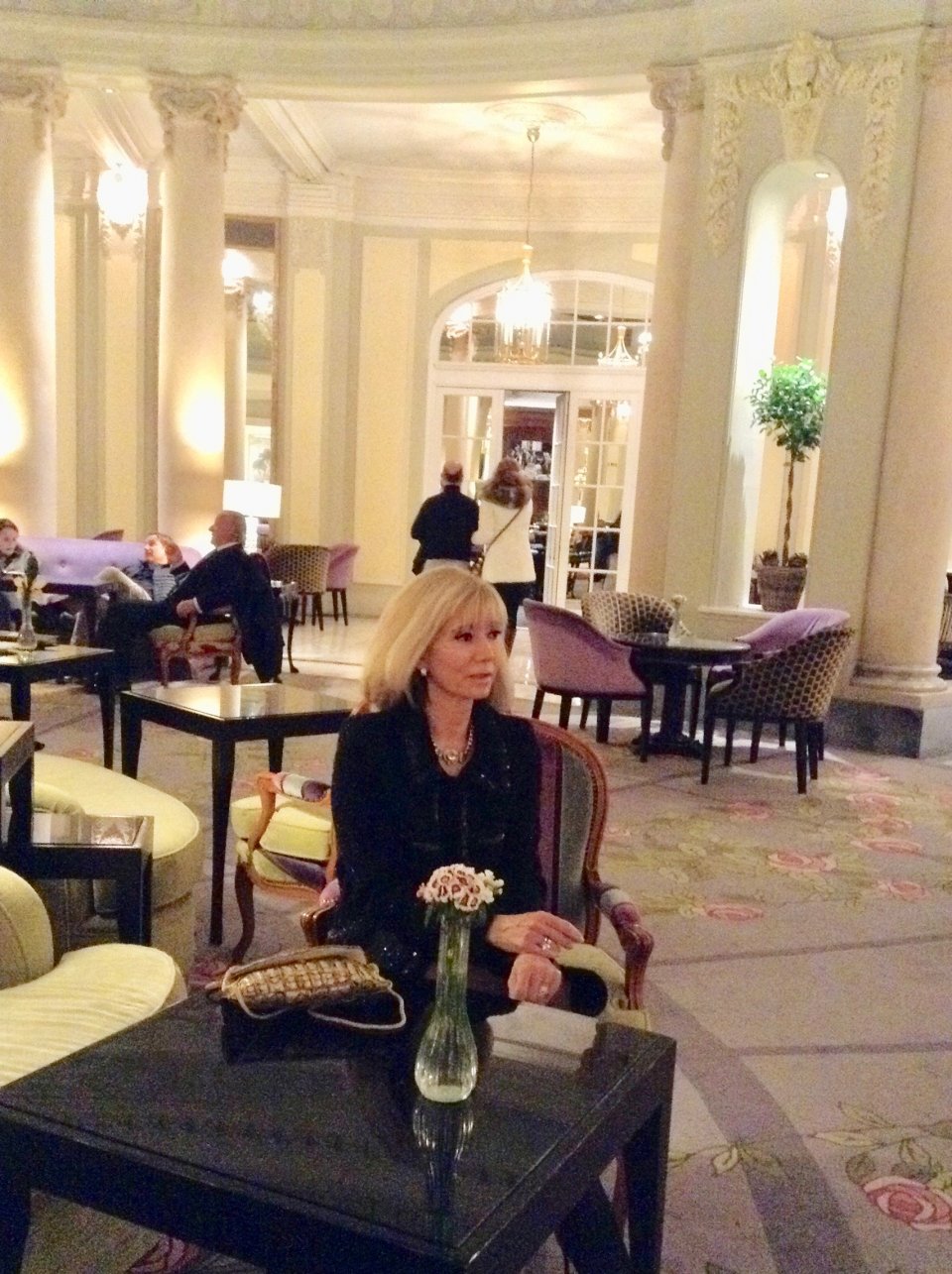 The English bar, 1912 Bar Museum, one of the most exquisite places to take a tea or a whiskey 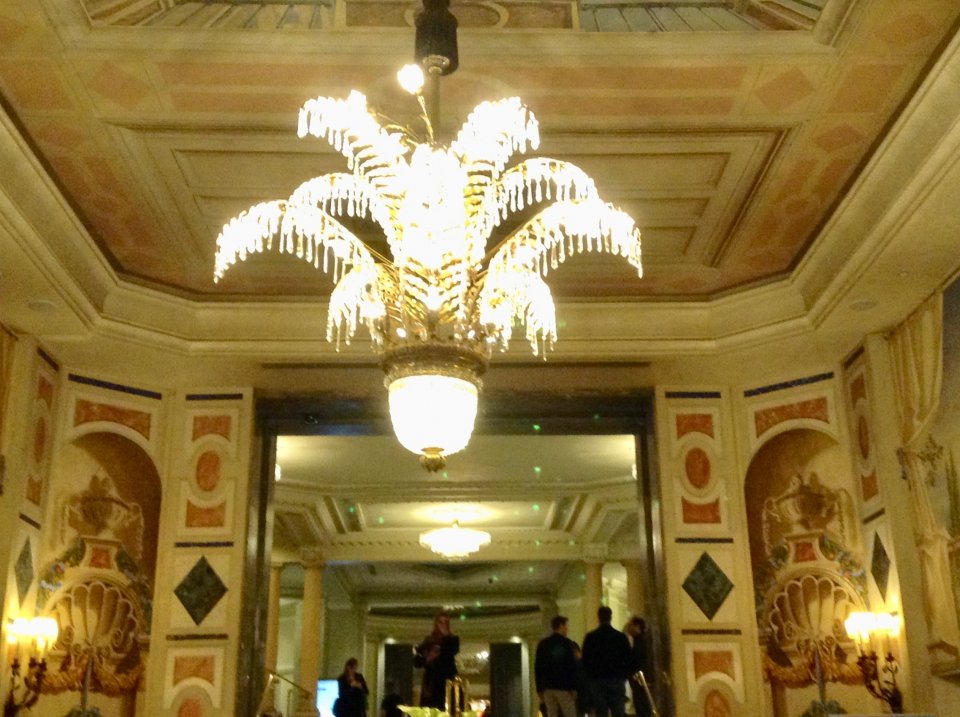 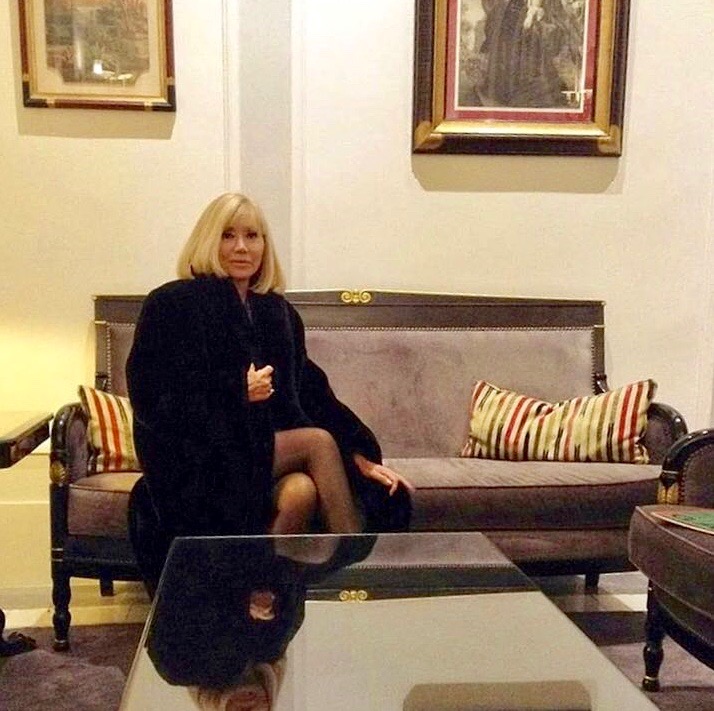 The hotel was built by the Belgian restaurant entrepreneur George Marquet at the personal suggestion of Afonso XIII,  and the building with its four hundred rooms, used the innovative construction material called: reinforced concrete. Being erected in a period of eighteen months, opened its doors to the public on September 12, 1912 (two years after its neighbor Ritz). On the date of its construction it was the largest hotel in Europe. The ground floor of the building was famous in Madrid for offering various services, such as the dance halls called "The Palace", the jazz rooms of the Rector's Club and the "La Brasserie" brewery. In the forties the Cine Palace was installed and later the Starbucks chain, VIPS. The hotel is currently part of the Starwood Hotels & Resorts Worldwide hotel group. 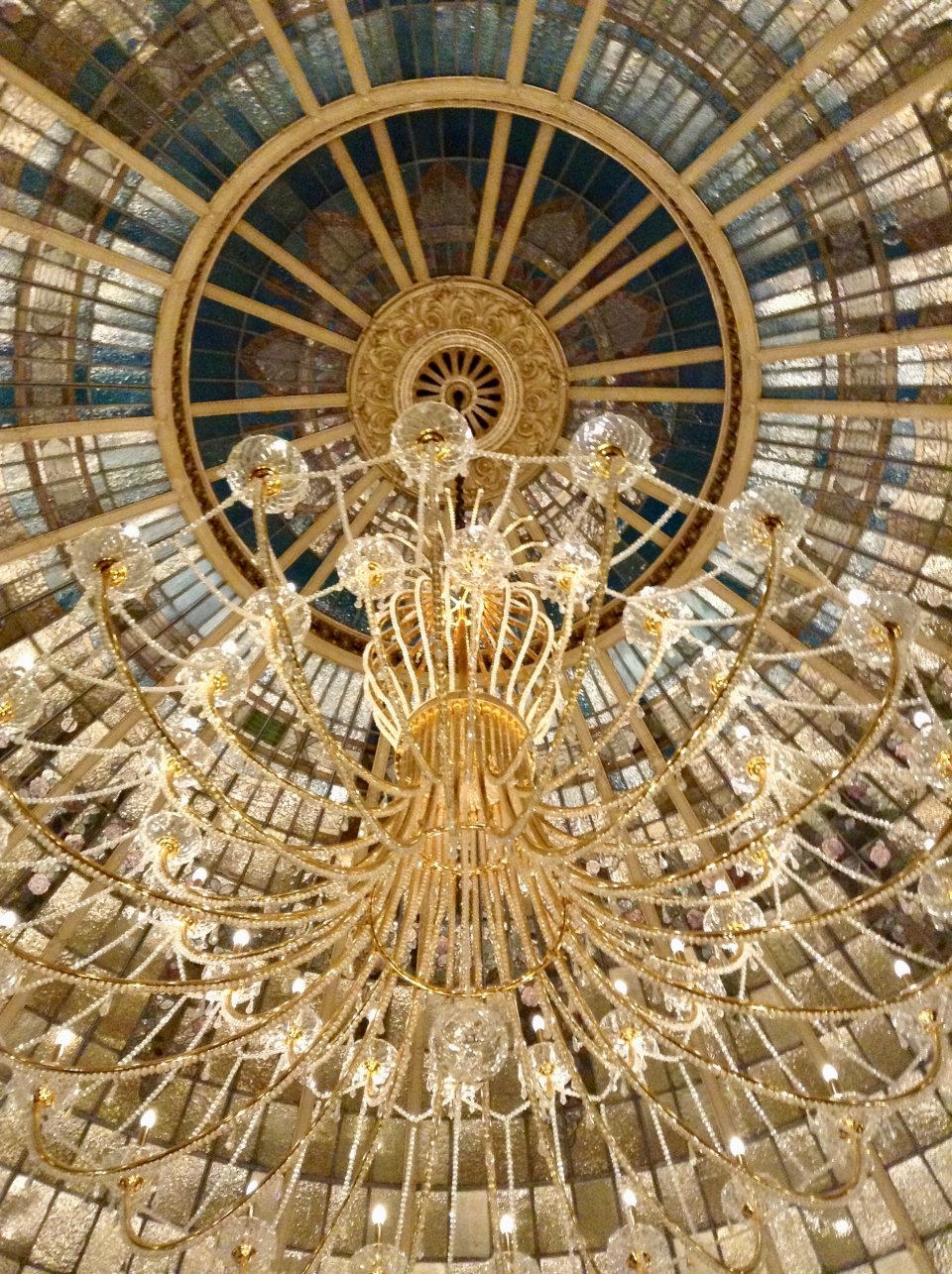 Magnificent chandelier in the dome of The Westin Palace Hotel 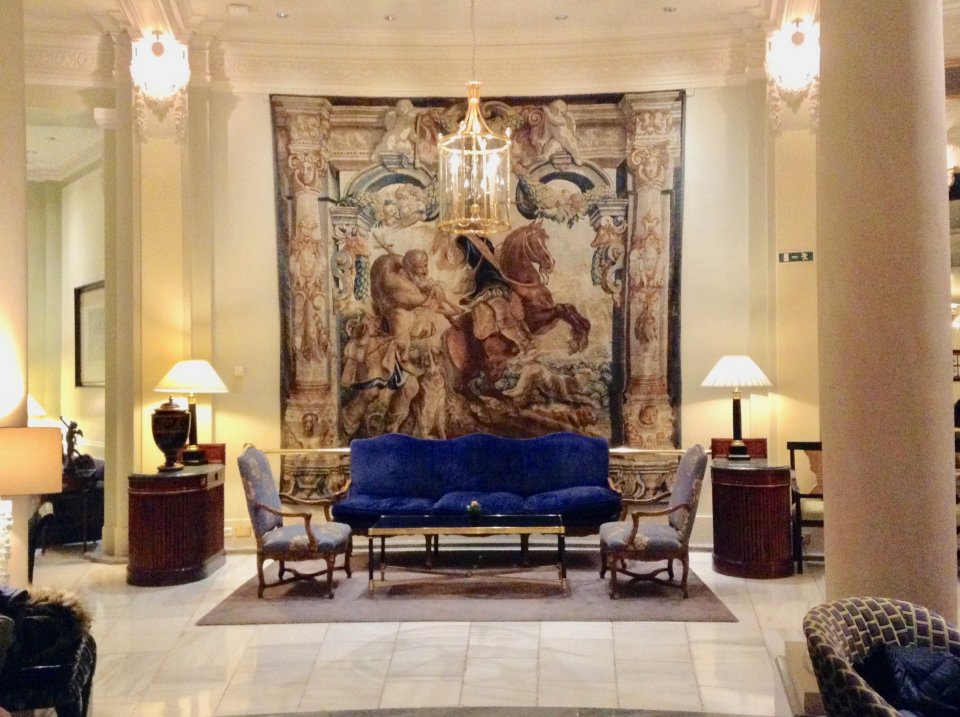 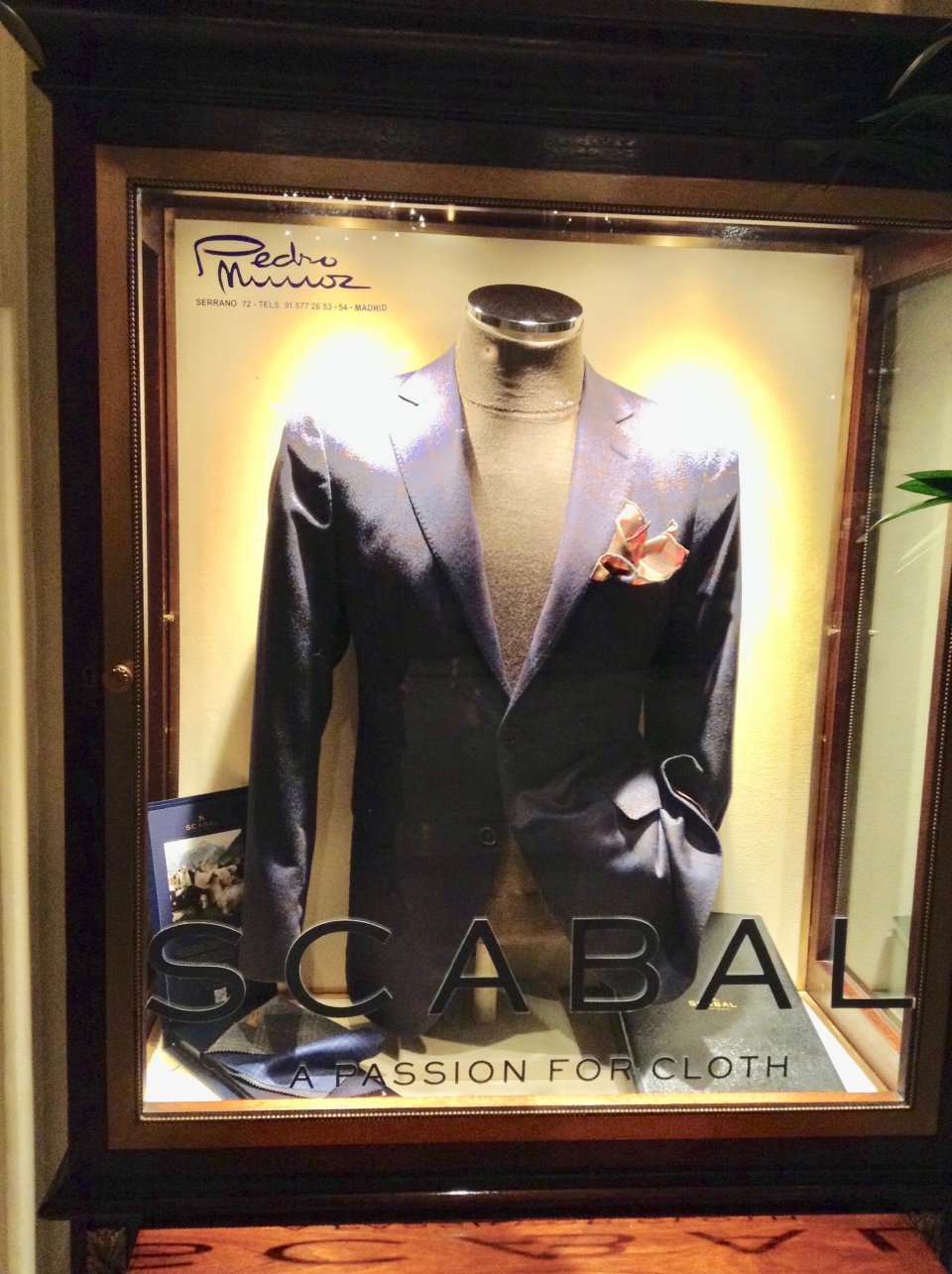 Pedro Muñoz Boutique offers the most exclusive suits for men 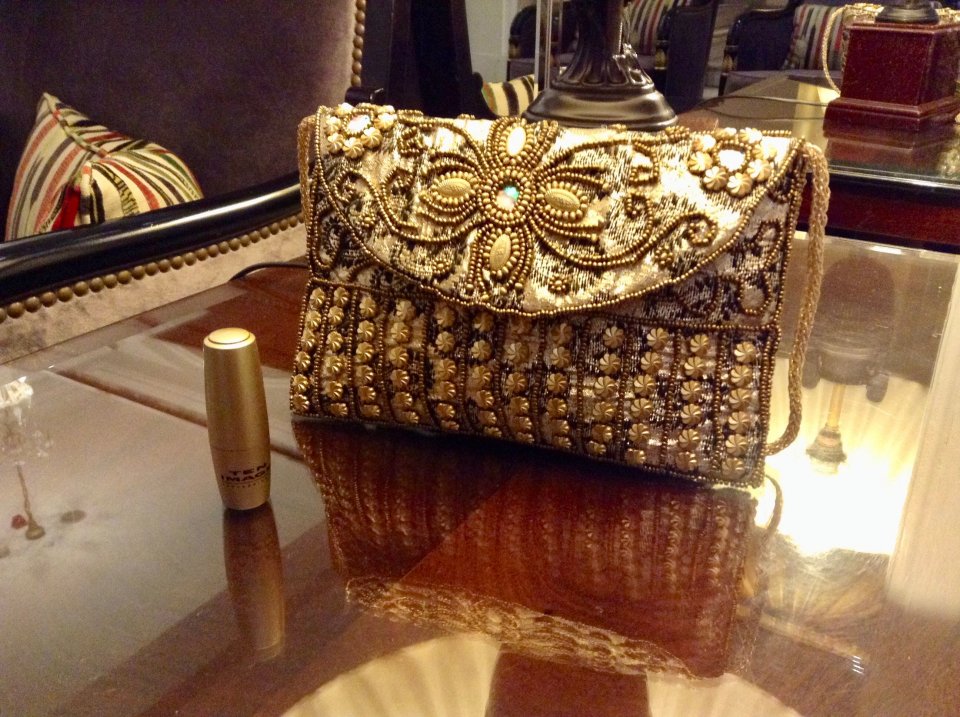 The winter garden appears in the initial designs of 1910 by the Catalan architect Eduard Ferrés i Puig. It is one of the spaces of higher personality and representativeness within the public spaces of the hotel. The direct access from the entrance leads to the garden. This circular floor space is located right in the center of the floor, inside and is art nouveau style, is covered with a dome of stained glass windows supported by double columns. The diaphanous space is maintained due to iron arches that support it. This space has a natural light for the day due to being inserted in the bottom of an interior patio. Around this space perimetrálmente the lounges and restaurants are located.

The initial reading room was converted into the bar and serving place for the breakfasts. The restaurant was placed on the same floor as the kitchen. The building was designed, since its inception, as an attractive meeting point for social life in Madrid, with a service of various rooms and restaurants, from Asian cuisine to Spanish cuisine. Some of the rooms are decorated with tapestries from the Royal Tapestry Factory. 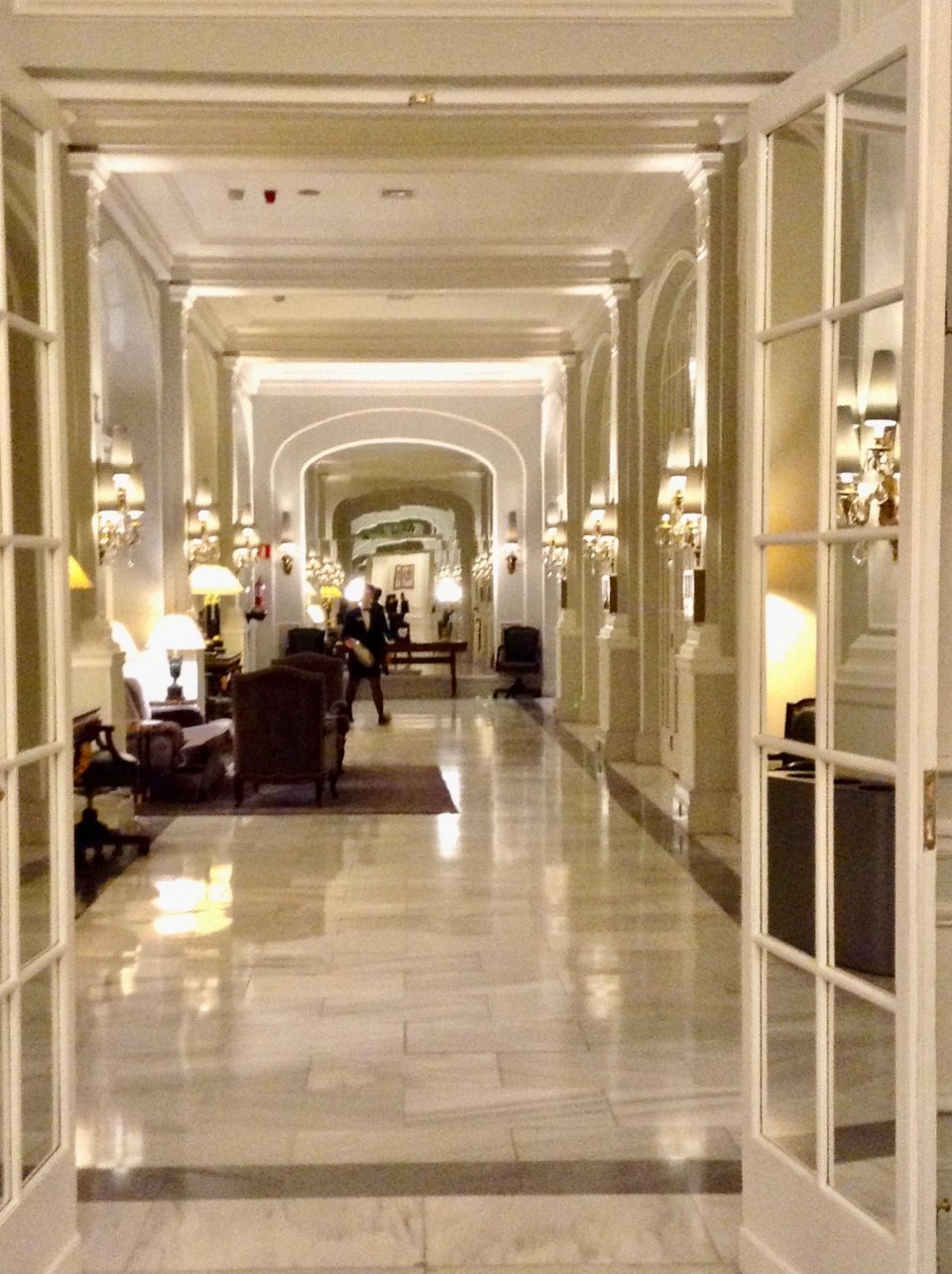 The Night of Private Detective