"Business of Fashion" declared the Santa Eulalia boutique as one of the best thirty in the world of men's fashion.

This famous luxury multi-brand boutique was born in 1843 by Josep Taberner and his son Salvador, from Guils de Cerdanya, who opened a textile shop in Calle Boquería, nº 15 in Barcelona.

In 1908, Domingo Taberner -grandson of Josep- was associated with Lorenzo Sans Vidal and that is how the Sans family began its journey with what it would be in the future one of the most elite shops in Barcelona.

In 2011, after two years of work, the store was reopened in Passeig de Gràcia, nº 93, in a store with more than 2.000 meters square. A large quantity of furniture is recovered from the previous offices, including pieces from Boquería Street one. The space has its own atelier of tailored tailoring and shirts, prêt-à-porter of large brands of men and women, a pop-up store and a restaurant with a terrace.
Santa Eulalia received from the Mayor the Gold medal of the City of Barcelona for the civic merit for his contribution to the city prestige. Months later received the Award for the Best Commercial Initiative from the Generalitat de Catalunya and a year later, recieved another from the Ministry of Economy and Competitiveness by the Government of Spain.

Prize for the centenary commercial establishment.

William Sofield was the architect chosen to remodel the Santa Eulalia store. Sofield has made more than 800 boutiques in the world, for companies such as Gucci, Bottega Veneta, Yves Saint Laurent, Boucheron or Tom Ford.

The Art Deco logo on the facade was created in 1926, and the neon located above the entrance doors is from 1941. The new corporate identity has been created by the Mario Eskenazi studio.

Luxury bag of the famous brand The Volon 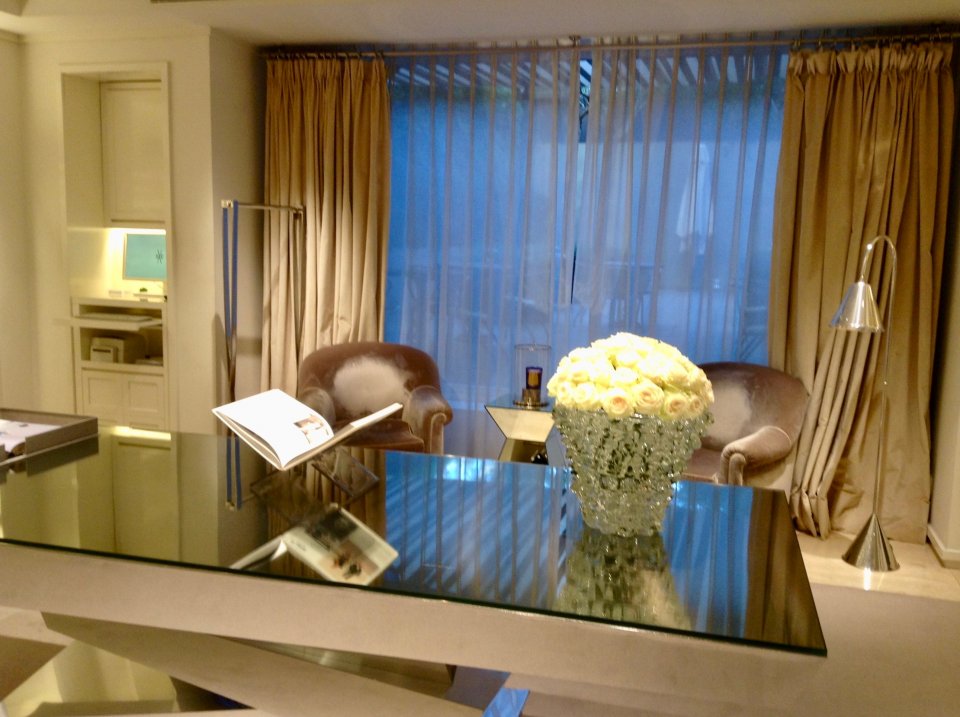 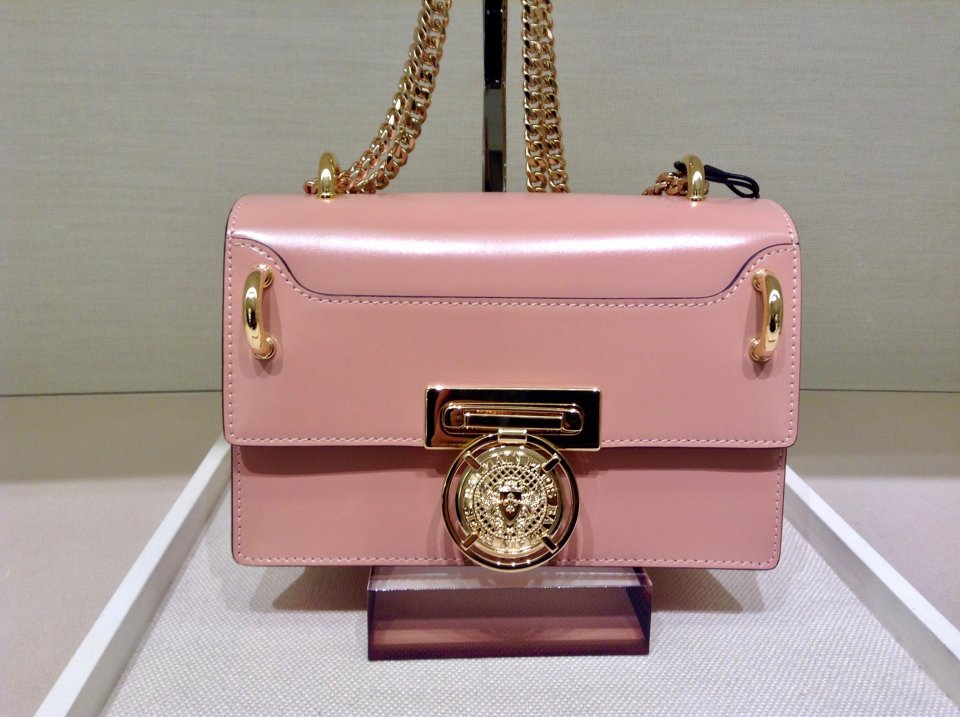 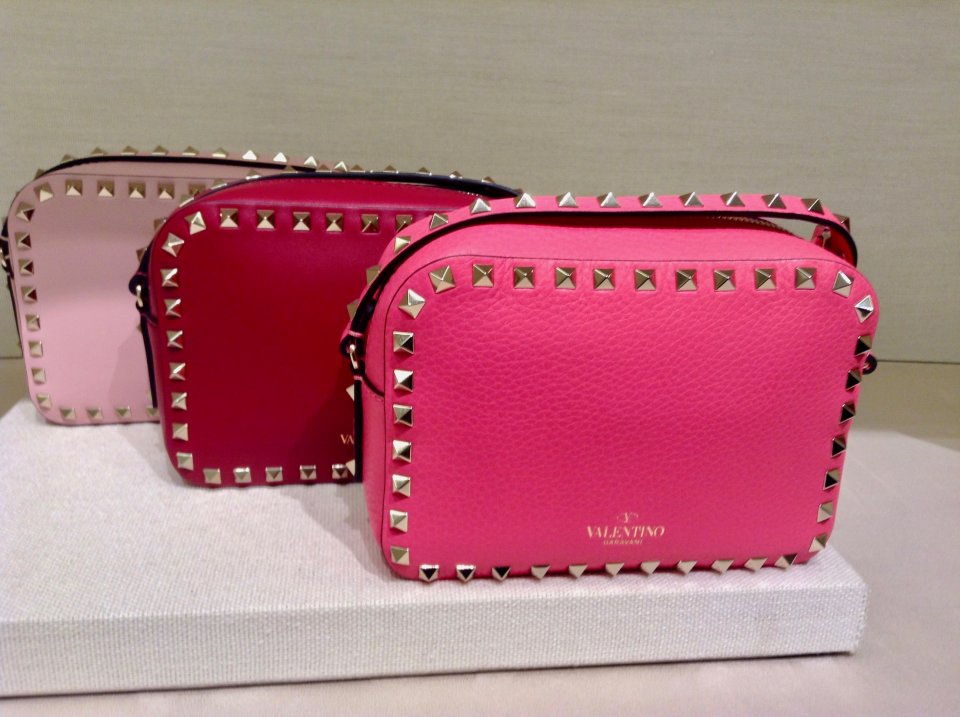 The ceiling mirrors give amplitude and reflect the entire store 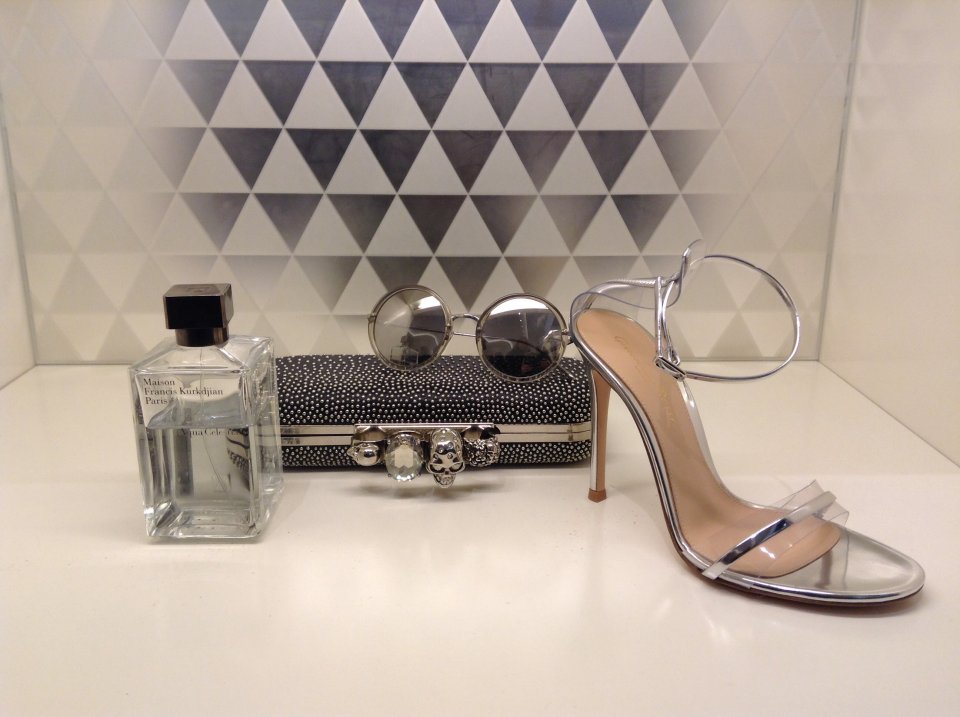 In the gentleman's floor, a retired area has been installed where, through the windows, the work of the tailors can be seen.

The men's collection is located in the lower part of the store and retains the classic style that has made it famous. It includes a magnificent tailoring service for customers who appreciate the value of artesanal quality. 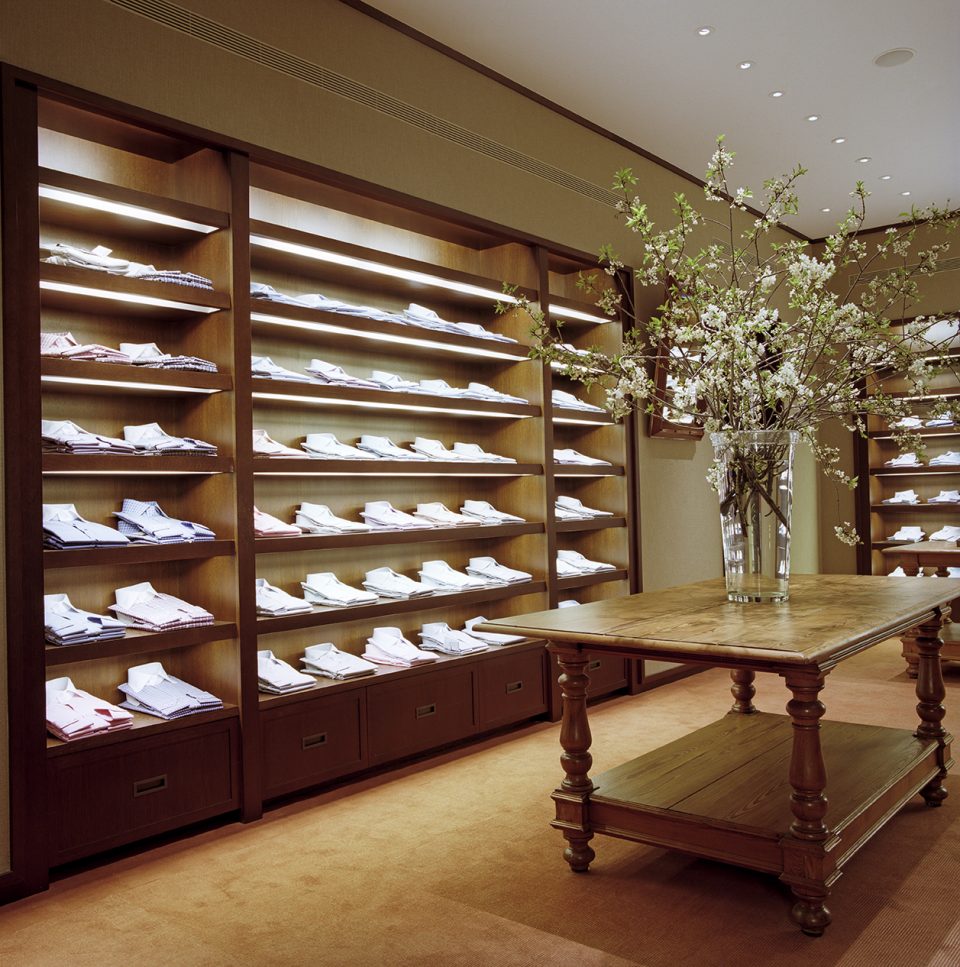 Santa Eulalia also offers different and exclusive perfumes for both men and women. We can find the exquisite Clive Christian which the Queen of England uses, as well as some celebrities. 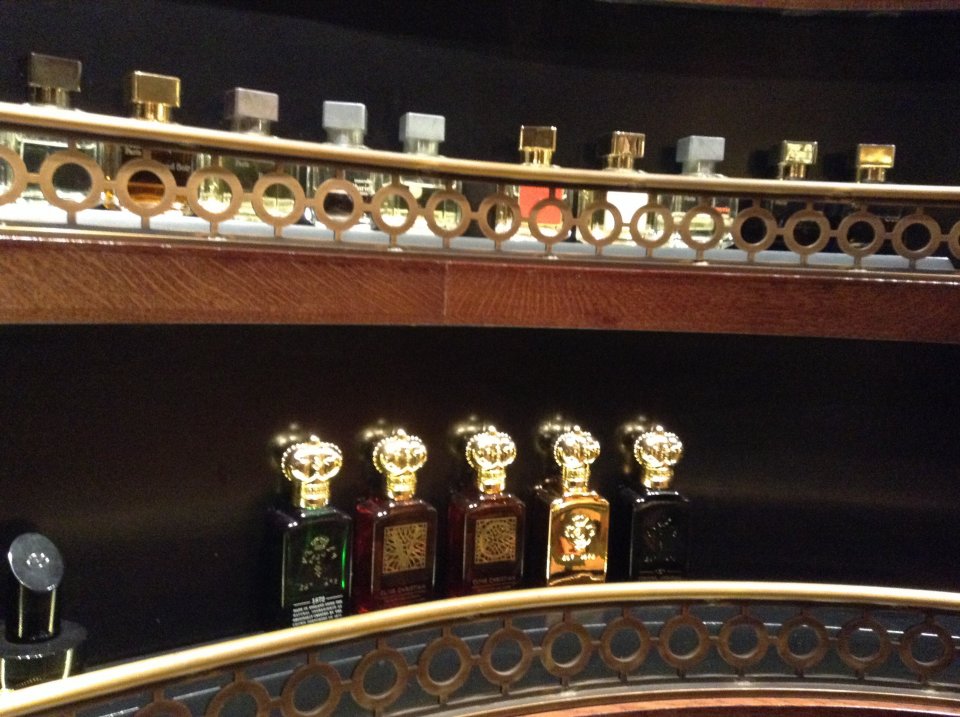 And after visiting the entire store and see the exclusive brands of clothing, bags and accessories, we can enjoy a good cup of tea with sweets and flowers.
A great way to enjoy a good day! 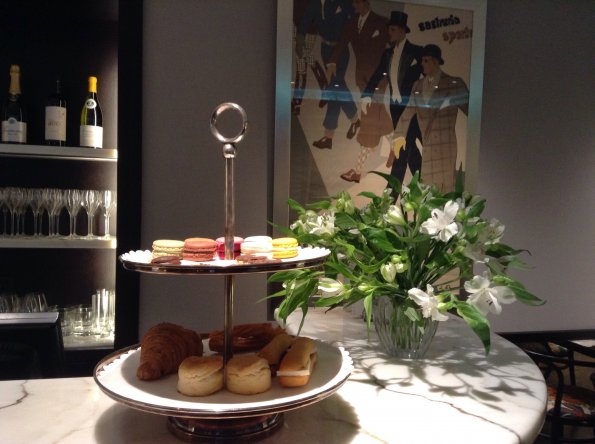 We want to thank Luís Sans, owner of Santa Eulalia and his professional sales team for the attention they gave us. All a gift!