The Museu Calouste Gulbenkian,  inaugurated in 1969, is one of the best and more important museum of Portugal. It is surrounded by an emblematic garden that gives it its magical image.

The project designed by the architects Ruy Jervis Athouguia, Alberto Pessoa, Pedro Cid, Gonçalo Ribeiro Teles and António Barreto received the Valmor Prize in 1975, not only for the building, but also for the garden.

It offers to visitors one of the most exciting collection about the art of Ancient Age until the twentieth century. Its Founder Calouste Gulbenkian compiled more than 6,000 works since the Egiptian art, Greco-Roman, Islamic and Far East. 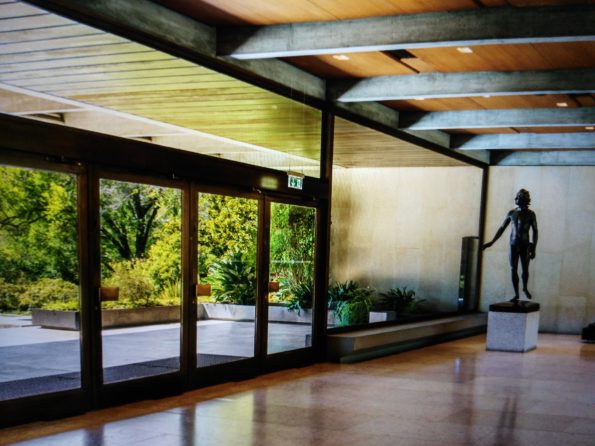 The collection of the Calouste Gulbenkian Museum is one of the largest private collections in Europe.

The magnate Calouste Gulbenkian was for more than 40 years searching for after each of the pieces found in the museum. He spent his last days in Portugal, and donated his collection to the country when he died in 1955.

The two great collections stand out: the Founder’s Collection and the Modern Collection.

The galleries of this building are home to displays of around a thousand pieces divided into groups corresponding to Egyptian art, Greco-Roman art, Mesopotamia, the Islamic Orient, Armenia, the Far East and, where Western art is concerned, sculpture, the art of the book, painting, eighteenth-century French decorative arts, and works by René Lalique. The collection of works by René Lalique, which Calouste Gulbenkian purchased directly from the artist, is considered to be unique in the world for its quality and quantity.

In the museum you can also find works by Rembrandt, Rubens, Monet, Van Dyck and Renoir, among others.

Equally interesting are the sections on sculpture (especially from the 18th and 19th centuries), Renaissance tapestry (Italian and Flemish) and French furniture (Louis XV and Louis XVI periods).

In 1983, the Foundation began to create a Modern Collection that offers more interesting works from the second half of the 20th century. It occupies the three main levels of the Museum and has a representation of the Portuguese art of the beginning of the century.