One of Greek’s emerging and talented contemporary jewellers, Anastazio’s passion for jewellery unfolded in the company of his brother, Agis Kostopoulos, a noted gem-setter in Greece. At the age of 19, Anastazio began studying the art of stone-setting and jewellery-making under the tutelage of his brother. 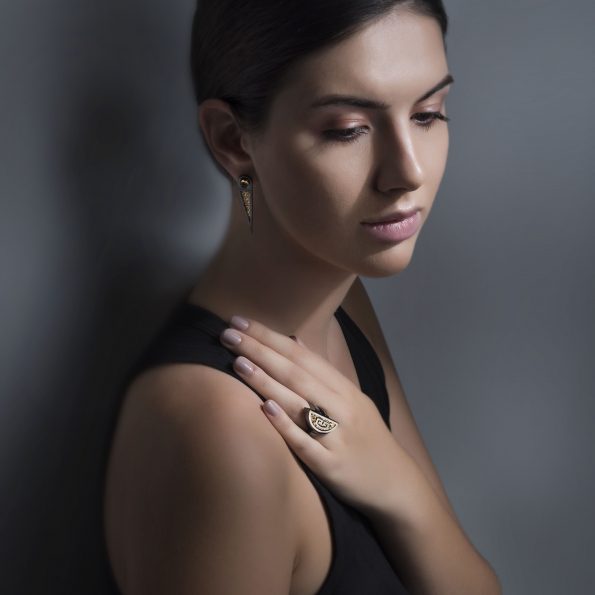 Anastazio’s love for gold jewellery led him to design the Nude Love heart pendent, Fish of Gold earrings, Contrast earrings and Cosmos pendent, among others. Desirous of carving a niche for himself in the world of jewellery in his native country, Anastazio made eight key pieces and presented them to the jewellers in Santorini. His talent did not go unnoticed. 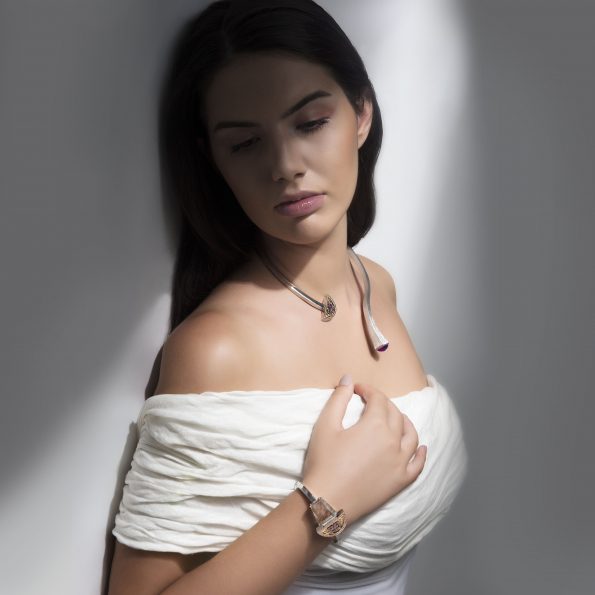 Anastazio’s vision is that his wearable handmade jewellery should be an ode to femininity. The designs with intricate details, yet stylishly simple – Meander rings, Tears of Love pendant, Fish of Gold earrings – reflect his approachable and creative persona. 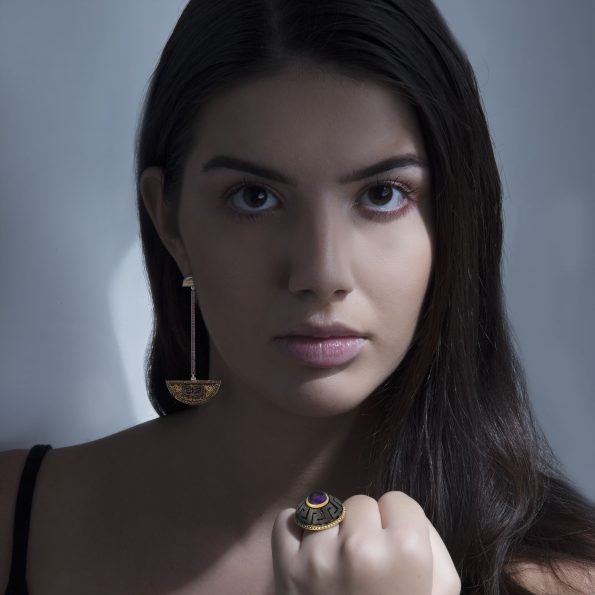 Drawing upon geometry, textures and inspirations from Greek folklore, Anastazio’s jewellery is steeped in craft tradition and influenced by his heritage. Through his work Anastazio shares his love for artistic jewellery, inspired by ancient cultures, the nature and love of feminine sexuality.