Giuseppe D’Angelo, born in Palermo in 1979, lives and works between Padua, Venice and Beijing. He is Professor of sculpture techniques at the Academy of Fine Arts in Venice.

Since he was a child, he has clear ideas and he thinks that the best weapon to be known and to know each other better is to enroll in an art school. After his artistic maturity in 1999 he enrolled in the Academy of Fine Arts in Palermo where he faced a rigid study path dedicated to classical sculpture. In 2002 he decided to attend a year of studies in sculpture in iron and marble at Facultad de Bellas Artes De San Carlos in Valencia, Spain, on his return in 2003 he obtained a diploma in sculpture. In 2006 he obtained a two-year qualifying specialist in plastic disciplines. The acquisition of the techniques, the study and the deepening of the history of art, lead him to the discovery of a direct expressive language, which allows him to give voice to his individuality characterized by industriousness and love for doing. 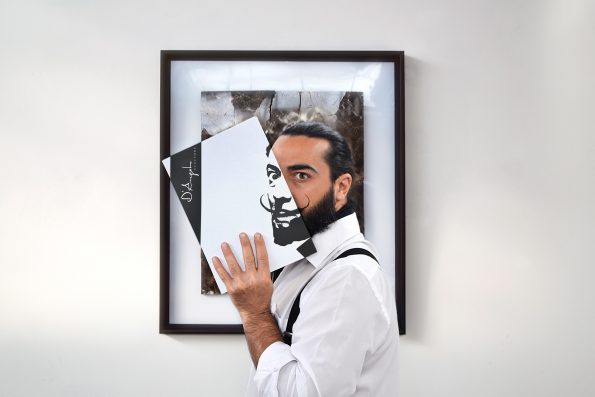 He began his artistic activity at a very young age, taking part in numerous exhibitions and collaborations, among others, the collaboration with the artist Vanessa Beecroft New York and with the painter Mitra Farahani London.

He has exhibited his works in Italy, Germany, China, Spain, France, Portugal, Monaco. 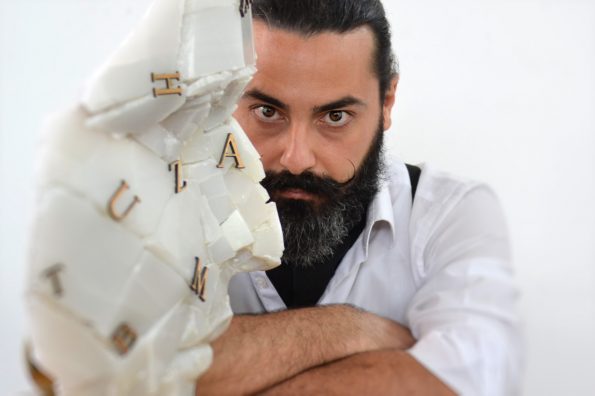 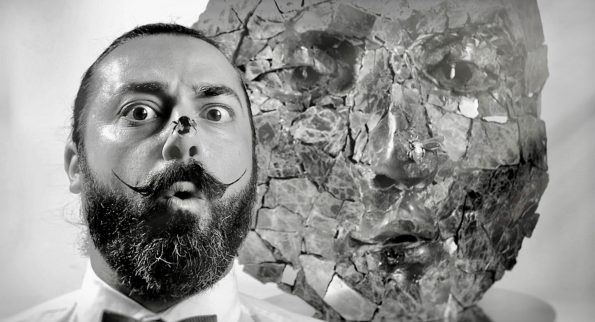 Giuseppe D’Angelo is undoubtedly an exceptional artist who shapes in all his works a world of possibilities in which each element is a composition full of light, soul and feelings. How is Giuseppe D’Angelo?

I am experiencing a period of full creative freedom and artistic satisfaction. I live daily in relationship with art and my studio is a refuge where I concretize my thoughts. I am not a selfish and jealous person of my knowledge I always try to help and collaborate with those who need advice without asking for anything in return and all this despite the effort makes me feel good. 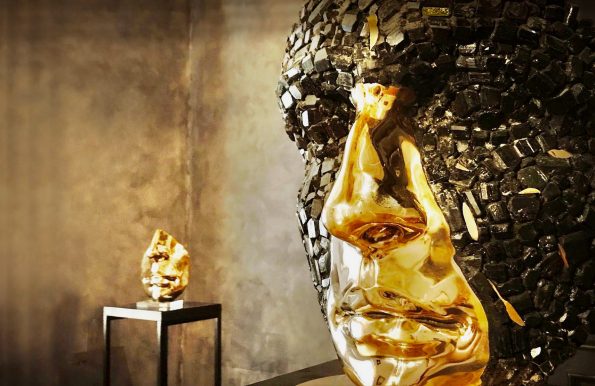 I would like to remember your beginnings. How were they and when did you feel the need to become a sculptor?

I define myself as a creative at the service of art, mine was not a real decision but it was a call to a world that I already had within an evolutionary path marked and lightened with the passage of time. As a child my predisposition in drawing turned obsession led me to choose an art school where I learned discipline and technique. After high school I realized that creativity and art had to become my life and my job. 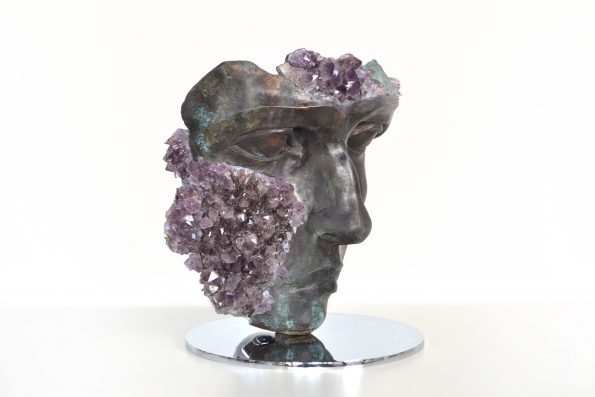 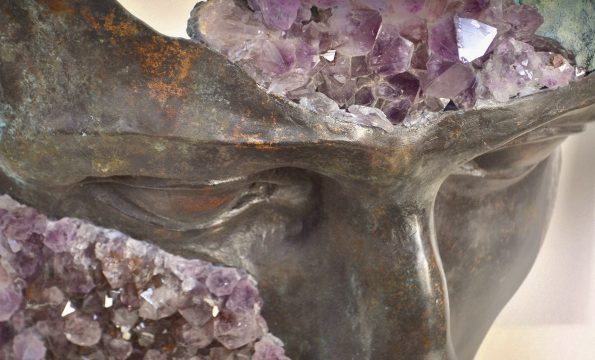 In some of your works, I felt the spirit of Giacometti. Was he one of your influencers? 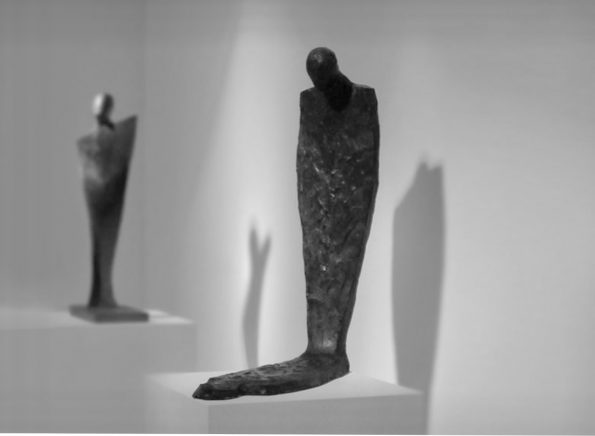 How does it feel to create and then be admired?

Expressing one’s thoughts in plastic forms, making feelings tangible, creating makes me feel free, light and forget about fatigue. I think that healthy admiration enriches, gratifies one’s spirit. To be admired, to receive gratification from others, is an authentic need of human nature: and needs are not discussed, ways are sought to satisfy them. 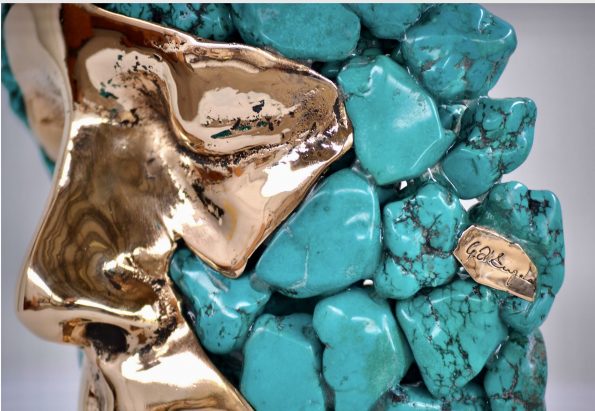 I would like you to define your different works and stages of creation.

At the basis of my work there is figuration as a presence present in a space, all my works are bearers of a very clear expressive language, a poetics conceived and studied. I go through a meditative work of thought, drawing and realization, a non-immediate job like painting and to do this I need to stimulate my thoughts with reading. Art is the inner form of knowing which is very different from the logical form. Each work has its own because its meaning that arises from thought such as “The seed takes root, the line first goes towards the earth, not to live in it but to withdraw its energies in order to emerge to the kingdom of light”, Paul Klee. 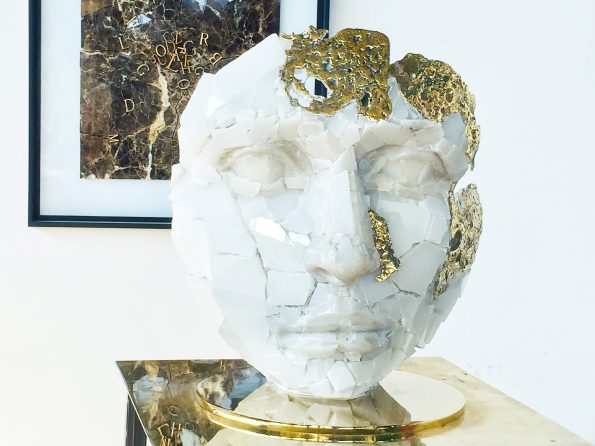 From the sculptor to the teacher of other students, what do you transmit to them?

I believe that teaching is a vocation, it is not said that a good sculptor is also a good teacher, I hope that both my students and me. I work hard, I do a lot of research to enrich myself and my students trying to convey professionalism and love for doing.

I have seen that you have a large portfolio and different types of work in it. One of these caught my attention, it is the casts from life. What’s it about?

Live casting (il Calco dal vero) is a very ancient technique that dates back to the Egyptian period and consists of limestone, taking the impression of an anatomical part with plaster. Over time this technique has been widely used in many scientific disciplines, for teaching or study, anthropological, medical, botanical reasons, but in the 900s there were several artists who used this technique as an artistic expression. Today the technique and realism has evolved thanks to the arrival of new materials (alginate) which have replaced plaster as an impression material. 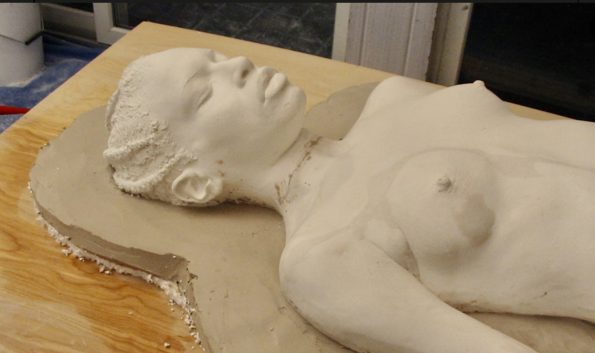 I would like to return to marble, amethysts and everything that has to do with that world. It is where I find more feelings, why?

The hard and precious stones over the years have mysteriously influenced human behavior just remember the law received by Moses on Mount Sinai, where the inscription traced by the divine finger on a sapphire stone, the emerald fallen from Lucifer’s forehead, the black stone at the center of the great Mecca mosque of deep devotion of the Islamic religion, the shamans who operated spells.

For me too, the stones and marbles that I use have a strong attraction. I believe that this material is full of energy and my task is to be able to develop these forces in shape. Destroyed and then recomposed marbles like a mosaic, assembled stones that give life to a face to an entity where energy is free to space.

Before man was, the stone was. 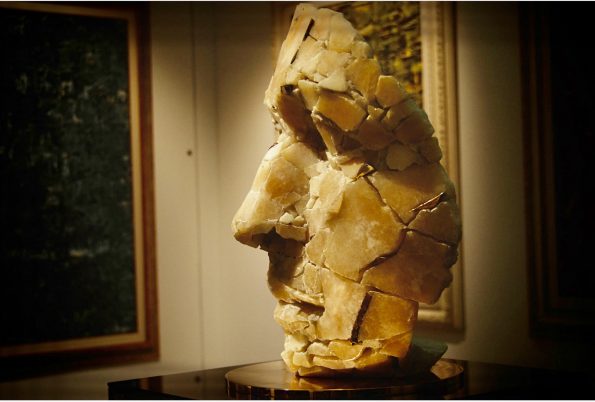 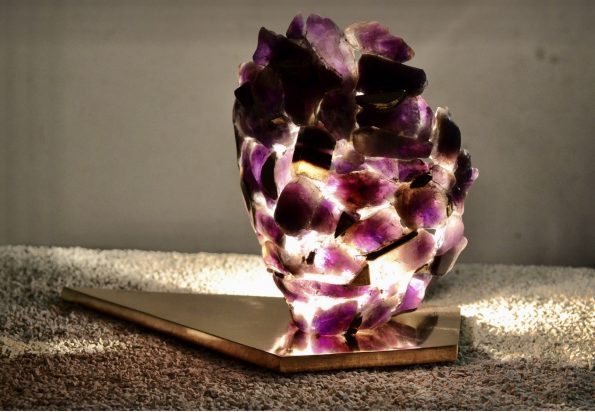 What is art for Giuseppe D’Angelo?

The answer is often subjective, intimate, personal and never univocal, I think it is the voice of conscience, and the form of the expression of freedom. The moment when someone forces you to do something other than your creative thinking means that you have lost your freedom and that is no longer art. Art can arouse positive or negative emotions from the observer, but remember they are still emotions. 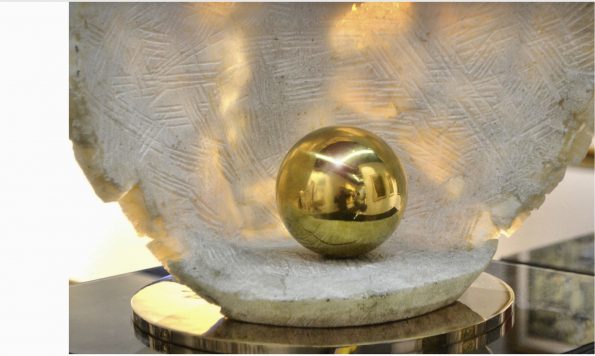 Besides from all the wonderful exhibitions that you have held in different countries and that you will continue doing, how do you see your future in the next ten years? 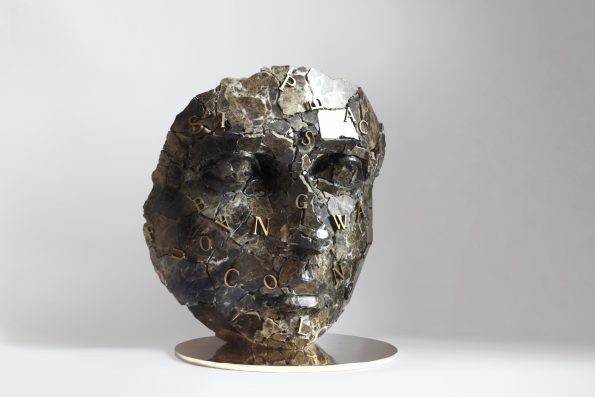 Cesare Catania, the personal vision of Art and Architecture