My friend Cesare Catania is a very famous artist that has been interviewed and has appeared in a lot of magazines and even at Red Ivory.
He wanted me to share with my followers his interview with the architecture magazine Modern Architect, that talks about the relationship between art and architecture where several topics were addressed in a cross-sectional interview that touches on painting, sculpture, architecture and design.
This interesting interview was conducted by the journalist Pamela Golman. 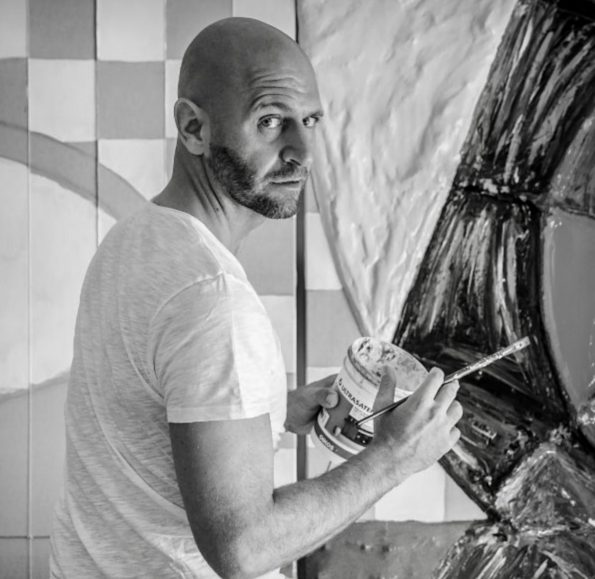 The Winning Combination of Art And Architecture: The Vision of Cesare Catania

« Think about Paris… close your eyes… What are you thinking about now? Which is the first Iconic Building which appears in your mind when thinking about France? But…. Let’s say the truth: is it a building… or is it a sculpture? »

In this way the artist and civil engineer Cesare Catania describes Paris and the Tour Eiffel.

« Each city should have its own iconic building » Cesare continues « a structure which is not only aesthetically astonishing, but something that makes people proud to be a citizen of that country. » … Not just for aesthetic purposes but especially for social ends.

In a recent interview with Modern Architect Magazine, the artist Cesare Catania, often nicknamed “The Modern Leonardo da Vinci” for his aptitude for engineering and for artistic science, goes deeper into the topic of the links between Art and Architecture, referring to the modern technology in construction skills as well as the ancient age of the freedom of architects when designing.

The Parthenon of Athens (Greece), is one of the greatest examples in which art and architecture combine with each other to form a powerful symbol of what was ideal in the ancient Greek world. The question is: are people from the modern Athens proud nowadays about this artistic building designed by the architect and the sculptor Fidia 2,500 years ago?

Let’s jump now to the Italian Renaissance a couple of millenniums later. Michelangelo had no formal training as an architect. First and foremost, a sculptor, he believed the inherent beauty of great art and architecture should be observed from infinite angles.

In addition to classical ideals such as proportion, harmony and symmetry, Michelangelo considered light and shadow which his contemporaries did not.

Structure and decorative detail were of equal importance to him, thus, the freedom of combining art and architecture prevailed in his masterpieces, St. Peter’s Basilica, the Medici Chapel, and the Laurentian Library. Can we affirm that these artistic buildings will be considered pieces of art forever?

In the present day, according to Cesare Catania, art is merging with architecture in the new buildings design. « We are entering in an era in which architecture is tending toward a new golden age; many of us are thinking that we are tending to the future but for me we are definitely tending to the past… », continues Catania referring to the ancient figure or those “artist-architects” who were able to design buildings which were and will be mentioned “pieces of art” forever.

« Some of the best examples of artistic buildings in the modern age are The Tête Carré in Nice (France) and the Golden Bridge in Vietnam. You cannot really distinguish the architectural value from the artistic one » explains Catania.

In this sense, looking at the new projects of the last 10 years, we definitely can affirm that the usual skylines of the cities are changing their squared concepts thanks to the fantasy of our modern architects, the skills of the modern software of design and to the inseparable cooperation between artists and architects on the same project. The result will be an aesthetic as well as a social change for all of us.