I have had the luck to meet Gaspare di Caro in his beautiful bookstore in Cannes.

Gaspare is a kind person and time doesn’t run when you are speaking with him.

His extraordinary life promises more adventures than the books he sells and I am sure that his biography could be really a “best seller”.

For people that don’t know about him, I will say that Gaspare Di Caro is an artist-performer & luminographer, born in Antibes 1961 who belongs to the Locative-art movement.

Since he was very young he had the thought of St. Augustine “La sola Patria è il Viaggio” and his life was really an interesting trip through different countries. Between France and Brazil, he carries out research in optics with the Technological Pole of Florianopolis in the state of Santa Catarina for the development of a Lux projector Perpetua low consumption.

Gaspare is a member of the Unesco Club of Comiso Citta Baroca.

He has worked in the collections of the National Museum of Brasilia, Cultural Center of the Embassy of Brazil in New York, London, Stockholm. 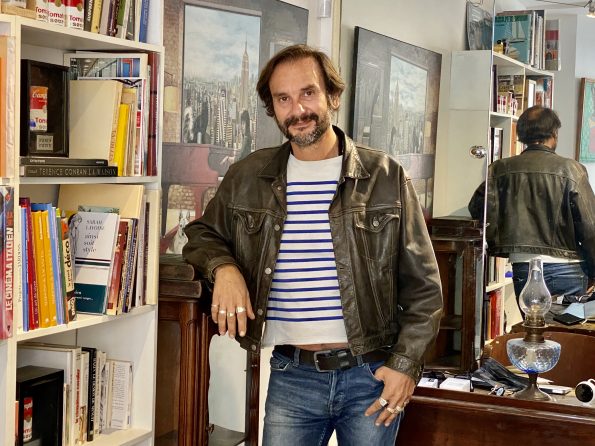 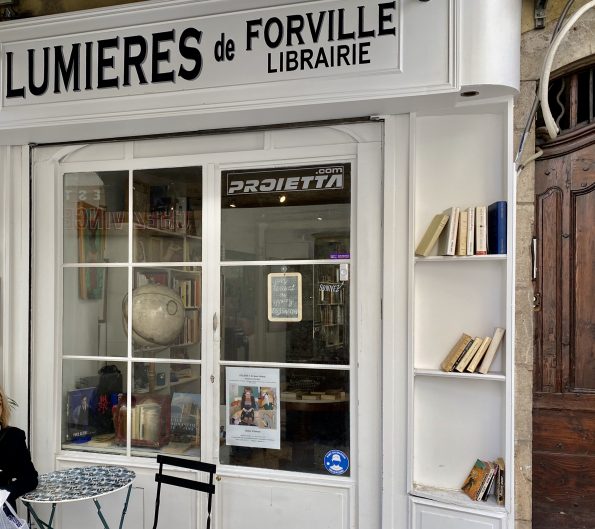 Gaspare‘s ambition is to join art light and the reduction of luminous pollution.

For that, he uses an old technique that allows him to project images that have been measured and designed with a “camera obscura”.

That “camera obscura” was used in the past by great masters of painting, such as Leonardo da Vinci, Michelangelo, Caravaggio and the architect Fillipo Brunelleschi.

With this technique, Gaspare Di Caro can project light into a perfectly delimited space, as if it was “tailor made”, reducing light pollution as much as possible.

The projectors, developed and used by him, are low consumption, small in size, discreet and can be used indefinitely.

Luminography, a technique from the past, is totally turned to the future, making us rethink urban lighting.

Some of Gaspare Di Caro‘s works are considered masterpieces, such as the lighting of Christ, The Redeemer, in Rio de Janeiro, where the artist gave, for the first time, a face to the statue.

Gaspare, you are a luminographer, which is a very old technique of the Renaissance which used the “camera obscura” as Caravaggio and Brunelleschi did. You have always been drawn to art, but when did you start to unite these two worlds?

This was at the end of the 90s, after working in cinema, theater and music hall. I felt the need to find myself with myself, to express myself through an art that would depend only on me. I had always been drawn to light, light like language. At the time, a great artist used light to make sounds and lights like Jean Michel Jarre, Patrice Waerner for example. But that requires a lot of materials, technicians, and consequently constraints. I always had in my head, like music, the phrase of Leonardo da Vinci: “Simplicitas est Ultimum Ruditatis” – the ultimate sophistication is in simplicity. Simplicity had to be my watchword.

This is why I developed projectors of reduced weight and size where the optics were the main part, to achieve the most precise projections possible. I called my performances La Commedia della Luz, where the light was the main actor. 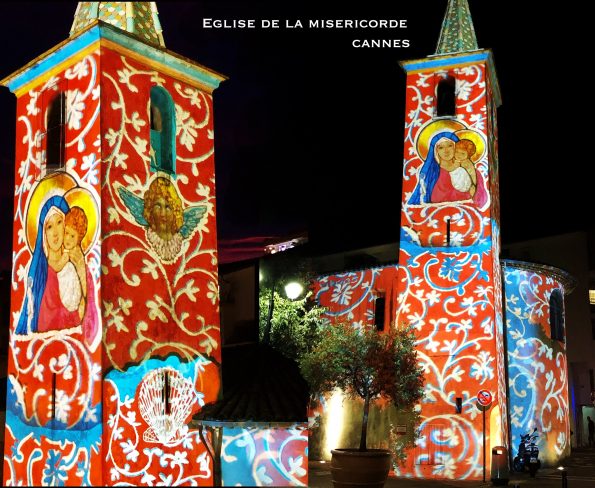 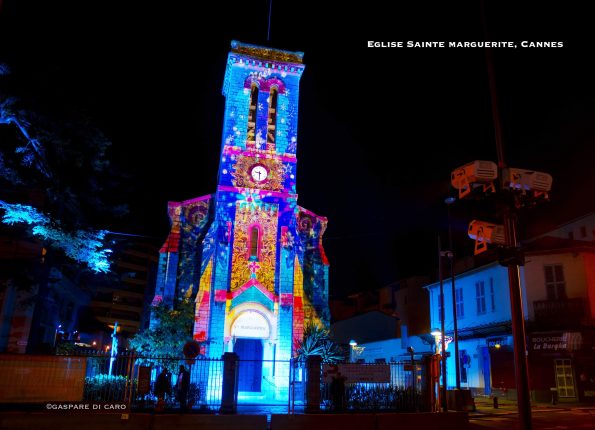 How did you manage to create authentic works of art with your lighting? I think the paint is sprayed on buildings and monuments, right?

To improve my lighting performance, I studied Camera obscura and integrated into my process, light being a catalyst, as water or oil could be used to paint. This is how I named my art Luminography. 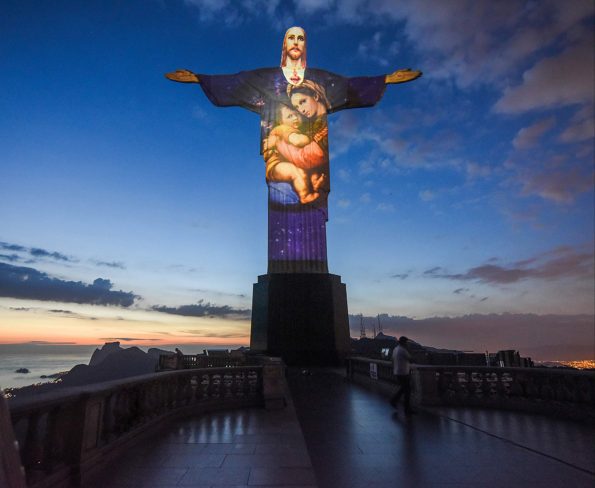 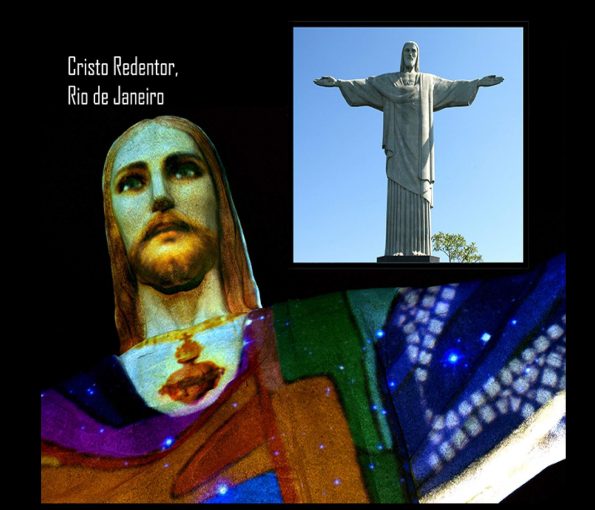 I would like you to explain to me some of those that you have made and tell me which one you liked the most?

This is a very difficult question. For me all of my accomplishments are on the same level of affection, as you love all your children the same. What differentiates them is the story you live before, during and after, the trips, the meetings associated with their achievements. I am a nomadic artist, I have adopted St Augustine’s phrase “In Via in Patria” – My country is the road. So yes I have a special affection for Christ the Redeemer of Rio, The Cathedral of Santiago de Cuba, the Italian Embassy in Madrid, because this is my first Luminography with my low consumption process, without light pollution. And I also have the Church of Mercy in Cannes, like everything I do in Cannes. I like Cannes, I feel good. Maybe it’s in Cannes that I’ll drop my bags. 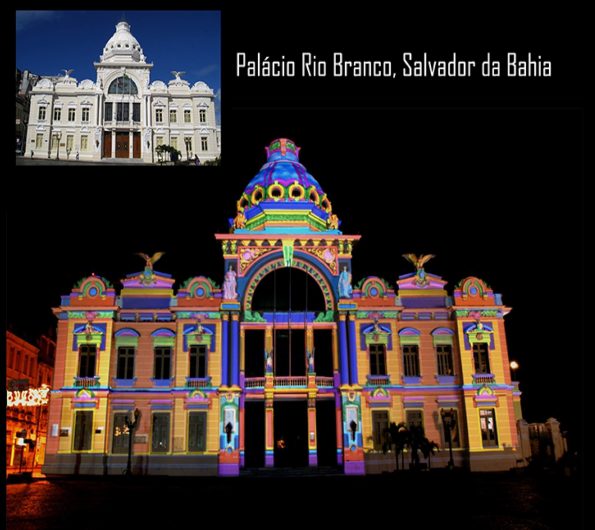 Is it difficult to obtain the authorizations to illuminate these famous buildings and monuments?

My response will be quick. No. When you want something ‘’ the Universe is plotting to give it to you ’’. 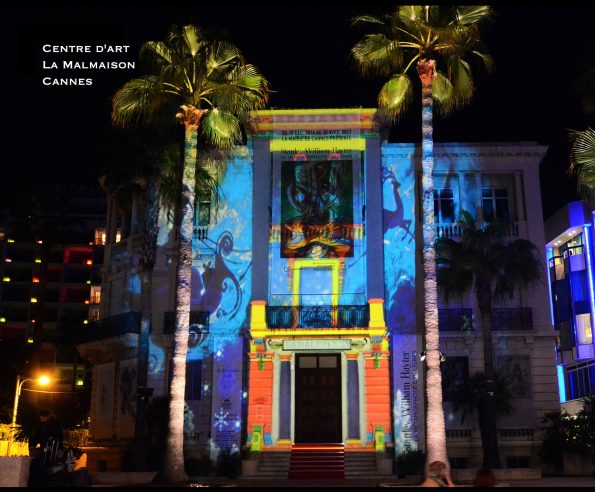 How far away should the spotlights be placed and how do they work so as not to consume too much energy?

Distance does not come into play. It’s all about the optics. The secret is in the preparatory calculations with the Camera Obscura which allows you to reduce the number of projectors as much as possible. My preparatory drawings for the Cocteau Museum in Menton, made with a single 3 projectors, without light pollution, low consumption (equivalent to a microwave) are exhibited there. If you are passing through Menton, I invite you to go and see them. 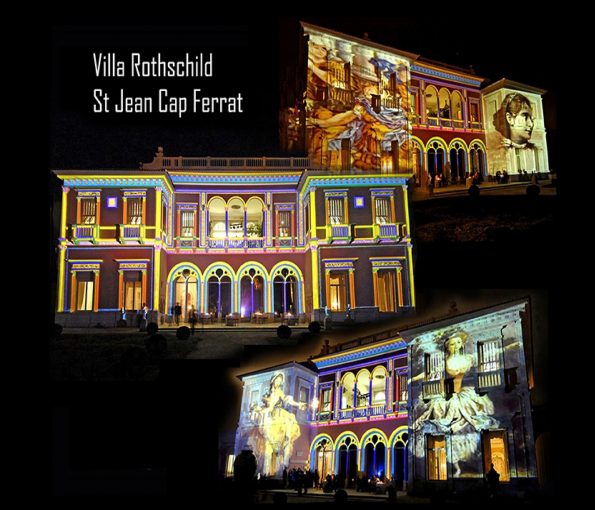 Do weather conditions such as rain, snow or wind influence your lights?

Yes, but not in a negative way. I like the rain to merge with the light. And my projectors that I develop with Proietta, my Italian manufacturer, are waterproof to achieve permanent luminographies. 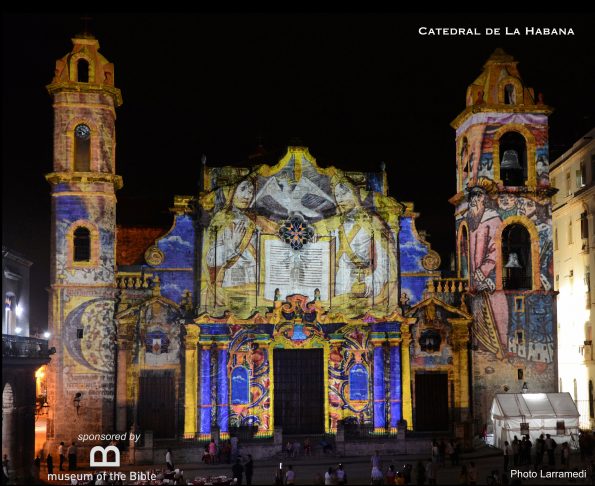 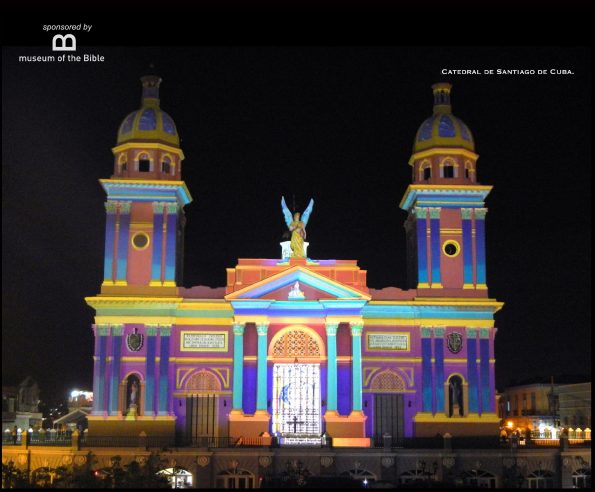 I suppose you are proud of everything you have done, but what monument or building would you like to achieve that you have not yet illuminated?

Proud is not the word. I use Leonardo‘s phrase: “The ultimate sophistication is in simplicity”. For me, Ultime and Humility have the same philosophical root. Humility towards ultimate nature. Being an artist is not a choice. It’s a state of mind. The artist has nothing to show, he doesn’t want to be the top of the class, the artist has no master, he doesn’t confront anyone. He only confronts himself with Nature. The building that I would like to light up? The Washington White House, The Hollywood Sign.

Because I already have the calculations … 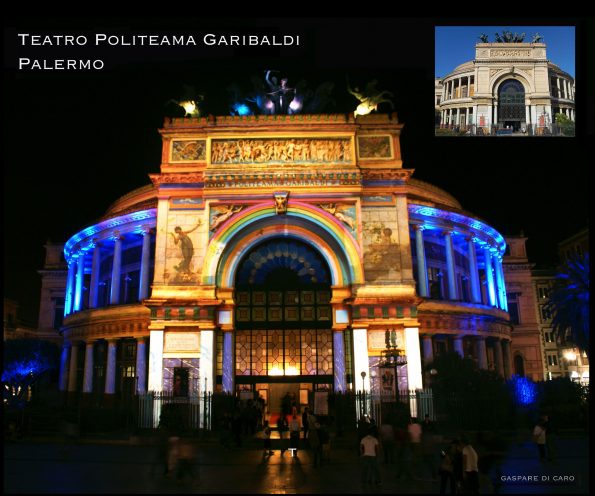 In Spain, people call you “the painter of light”, what would you say to that?

El pintor de la Luz … Yes it was El País who baptized me like this in reference to Caravaggio. Lights, clear and dark. I just pointed out that Caravaggio before being the painter of light is the painter of shadow. It’s because its shadows are so perfect that the light springs from them. In my luminographies, I place great emphasis on shadow areas to enhance the light, thus requiring a minimum of energy.

What are your plans for the future?

I am currently working on projects in Cannes, my city of heart, Saint-Germain-en-Laye  and also in Brazil. 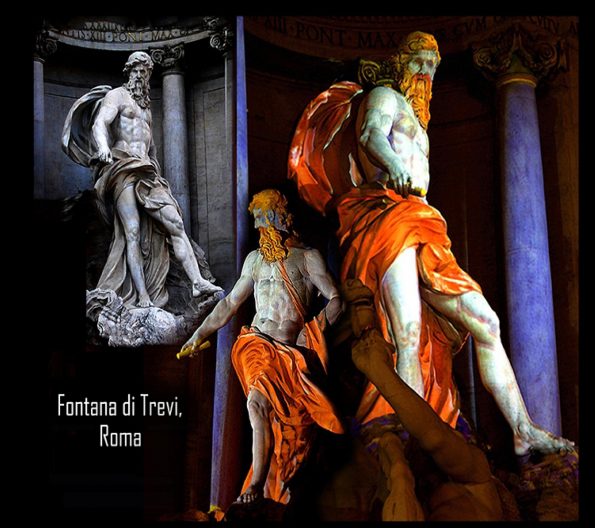