Astonishing Success for the artist Cesare Catania in The French Riviera. Just after the amazing success obtained in Monaco, Cannes also has chosen the Italian artist during the Film Festival period. 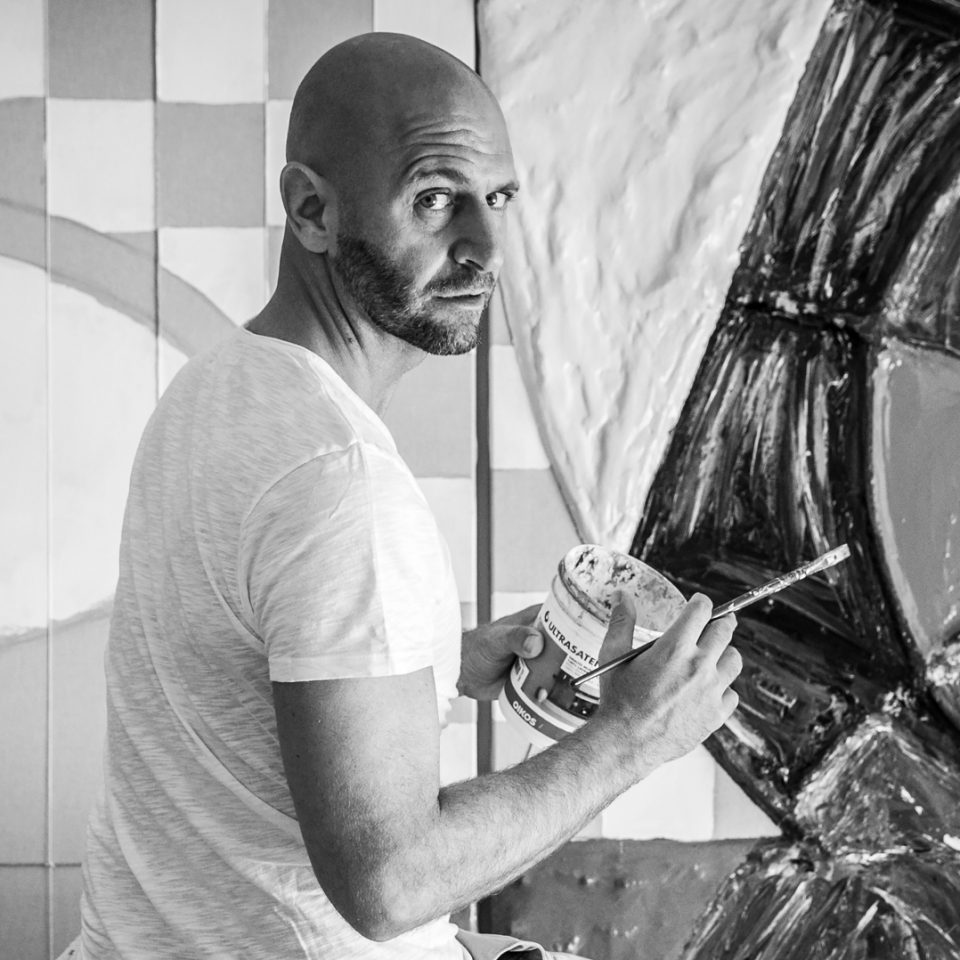 After his success in Monaco, Cesare Catania nicknamed by the British press (Luxury News) as the “Modern Leonardo da Vinci” who presented an unpublished work, his sculpture in silicone and steel, again reaping the respect and admiration of critics at the Cannes Film Festival.
Cesare Catania’s Cannes Film Festival exhibition gala night was on May 14 where he was the guest of honour at the Radisson hotel rooftop gala night.
“The Mouth of Etna – E Version” is created and designed by Cesare Catania, just to emphasize the visual features of Dalton’s syndrome sufferers.For the first time in contemporary art that the artist enhances his work of art shaping it on the visual spectrum for the colorblind, more than 300 million people all over the world. 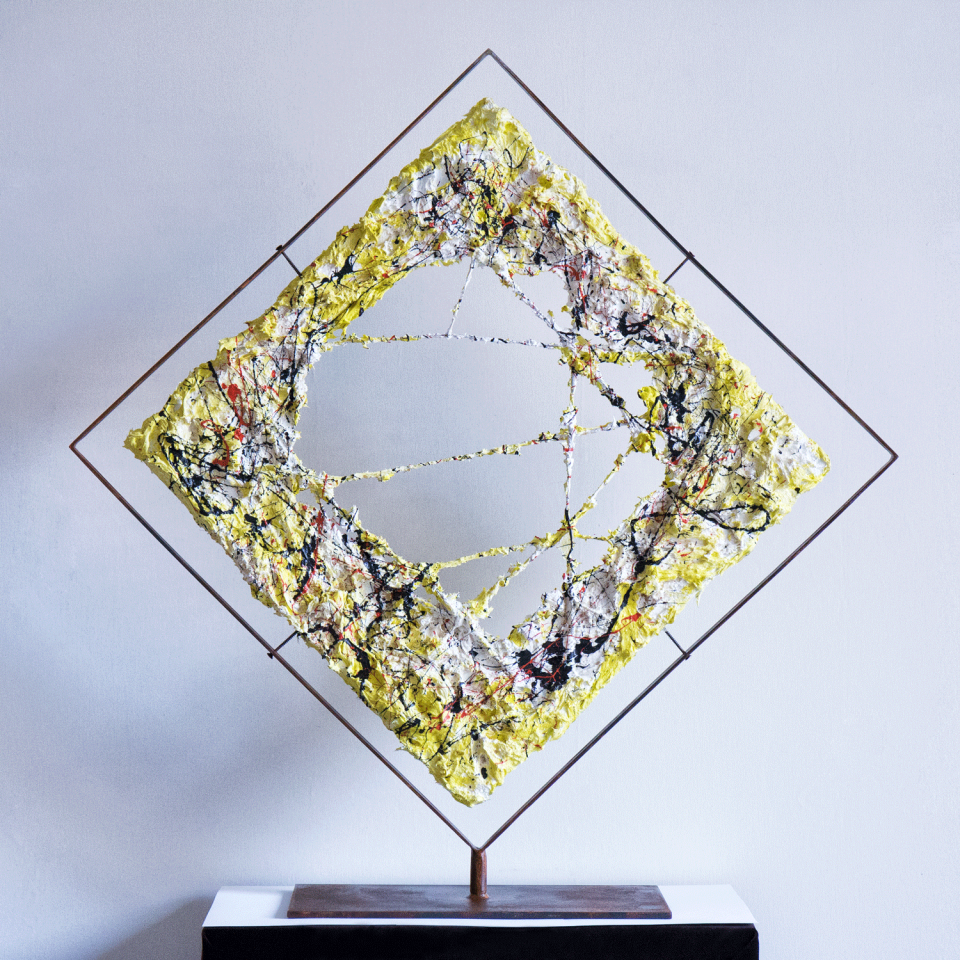 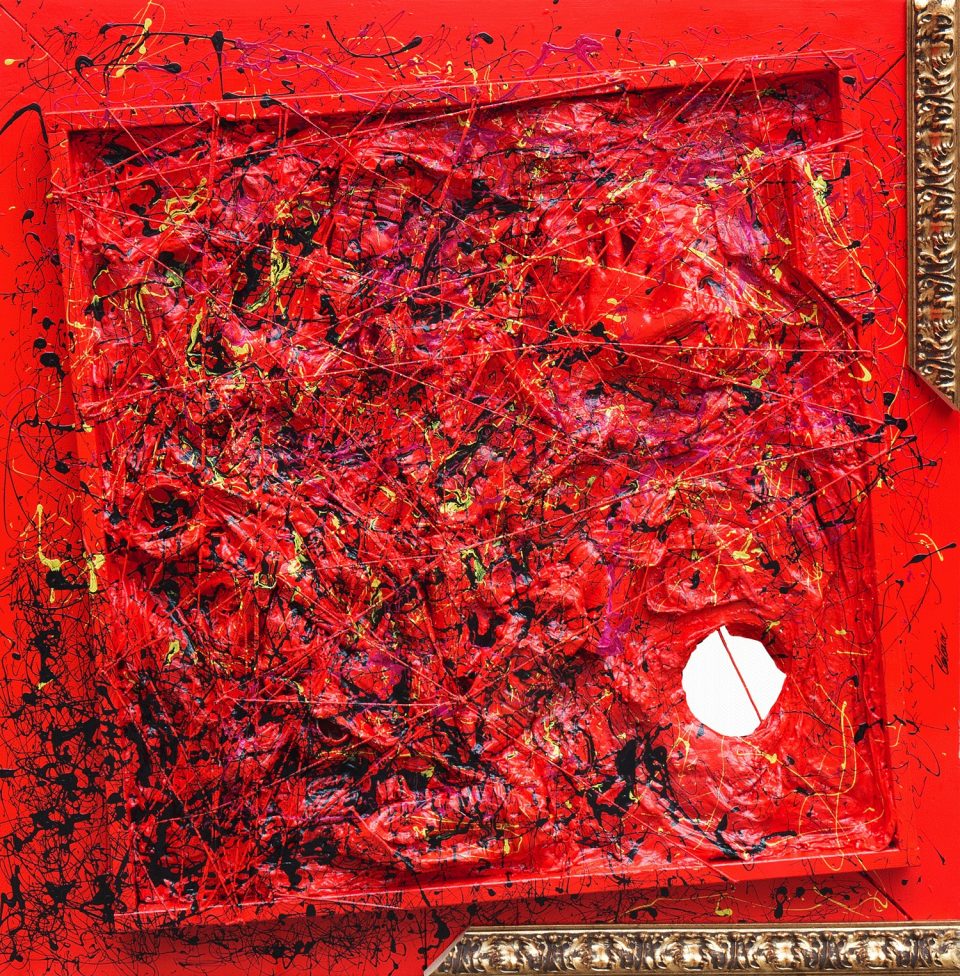 Fifty-two – “ReART”
Cesare Catania was born in Milan on 1st February 1979. He spent much of his life in his native city, where he developed both painting and sculpture in his private life and during his course of studies, a real aptitude for graphic and pictorial arts.

Early childhood clearly shows, as well as the visual arts, his passion for mathematics and music, two disciplines each other so different yet for Cesare Catania so similar.

His grandfather violinist transmits the passion for musical instruments and at the age of nine Cesare Catania begins taking piano lessons. Within the next 10 years of studying the piano he develops a passion for rigor and creativity of classical music.

In mathematics and music the artist finds, in the course of his artistic and cultural education, the natural completion of his essence, on one side direct to the rigorous and the schematic way of approaching life and on the other side towards a vision of multiperspective of the same, a vision that the latter will bring him to approach any discipline from plans to points of view different among themselves. This lack of prejudice will also be observed in his artistic expressions, capable of grasping the essence of the object painted in paintings both highly detailed and realistic (such as in his paintings “MetaphysicalComposition”– 2016, in “Artistic Composition” – 2016, “The Dynamics of the Movement” – 2016) and in other symbolic abstracts ( the “Vanity” – 2014, ” Flamingos in the mirror” – 2015 – the “Tear” – 2012).

The first notable paintings date back to 1995, when the artist expresses his creativity during school hours dedicated to design, showing particular aptitude for both prospective studies and for informal graphics – abstracted.

In 1998 he enrolled in the faculty of engineering where he improved the perspective and isometric studies and where he learned to observe the problems and the reality surrounding them by breaking down all the shapes into simple three-dimensional polygons. This ability to break down and to mould solids that are around him are found in his paintings, which express reality and feelings of both two-dimensional overlapping plans (see for example the paintings “144 : Jazz Trio” – 2014, “Nice (tribute to Matisse and Chagall)” – 2015) and with the elegant and harmonious approach of solid and curvilinear shapes (such as in the painting “Summer readings (tribute to Pierluigi Nervi)” – 2016).

As well as a strong aptitude for both technical sciences and artistic sciences, Cesare Catania matures over the years a particular passion for photography. In particular, his attention is captured by the colors and the camera’s ability to capture in one click all the strength and dynamism of moving scenes. The same attraction to the dynamism is easily seen in many of his paintings, both in the formal ones and in the informal and abstract ones. In his ” The Violinist of Barcelona – Version B” – 2016, for example, the artist portrays the protagonist just as in a photograph in which the orchestra and the background disappear to give way to an eccentric musician in an immortalized motion in a stationary strong and intense image.

Studies in mathematics and engineering together with a passion for art in general give rise to works that blend sculpture and painting, oil painting and innovation (use of silicone and acrylic-based materials). All this to create three-dimensional works that “literally come out of the canvas”.

Cesare Catania infact often prepares his canvases with real projects and static studies, so as to adhere to the canvas in a complete and lasting way a fragile and difficult material to handle such as chalk. The latter in many of his paintings is reinforced with nails and nets to follow the outline of the design, highlighting the ability of the artist to fuse together creativity and capacity to rationalize and to break down the shapes of the painting. In the “Lisbon Zoo” for example the author portrays, in a vision of overlapping levels, animals such as an elephant, a giraffe and a bull. These, made from chalk and painted with strong acrylic colors, fill the scene of three overlapping levels and in a dynamic way.

Cesare Catania’s paintings are a “still image” of actions and feelings, extreme synthesis between obscurity and attention to detail.

Fascinated by modern art, from architecture, from cubism and from painting masters from the classical age, Cesare Catania’s artistic maturity is still evolving; always looking for new techniques to make the most of his inspirations. 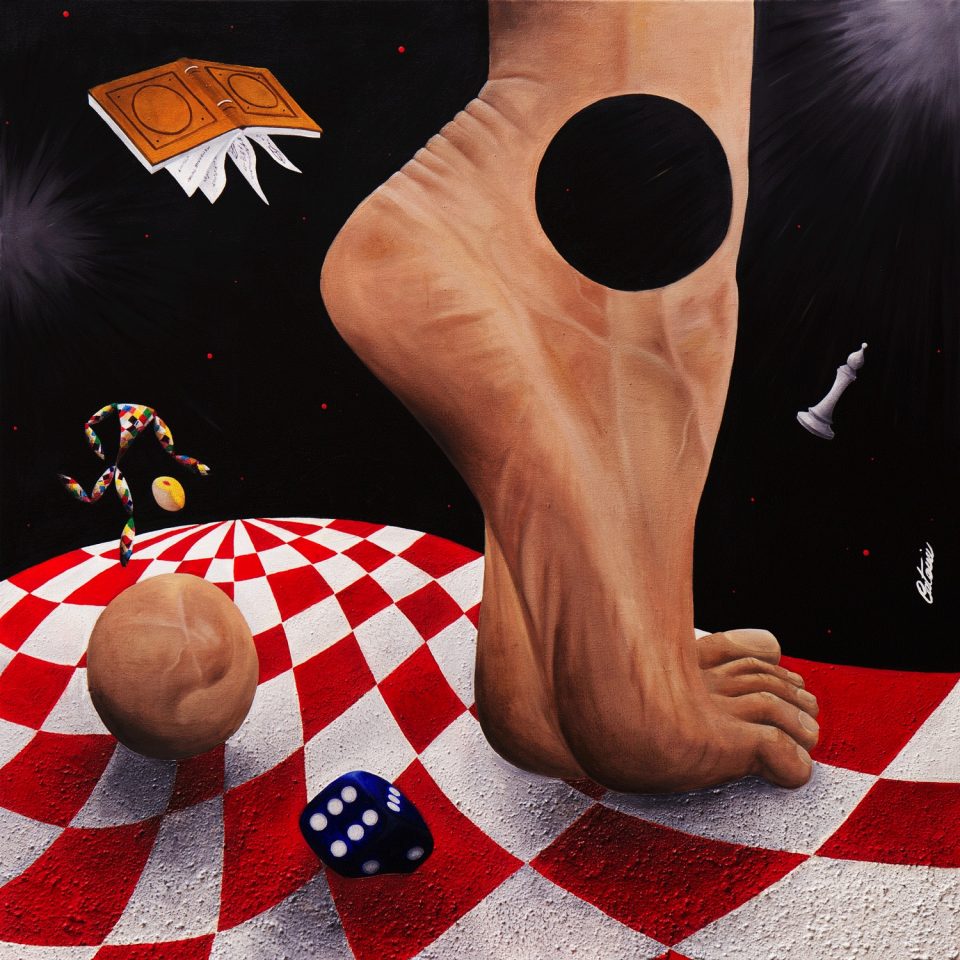 Fiftythree – “HARLEQUIN IN THE LAND OF GIANTS”