Alexandre Caillarec, born in Nantes (27 years old), and his friend Nicolas Thollot-Arsac, born in Lyon (26 years old), are the heart and soul of BEERPAINTING, two artists that have gone one feet further in the pointillism art.

They both come from the ENSAAMA OLIVIER DE SERRES (National School of Applied Arts and Crafts) where they obtained a diploma in fresch.

Their art has led them to participate in a Living painting during F1 2019 in Monaco by the hand of a Champagne brand and their success was remarkable.

Who would have thought that a few bottles of beer and their friendship would lead them to success! 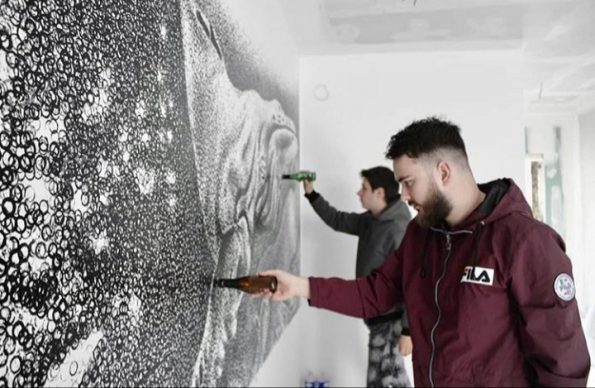 How did you meet and how did you decide to join your professional work?

It was during our study in Paris . We were in a famous art school in Paris and we learned wallpainting and mosaic. Alexandre had many contacts in Paris nightlife and many concerts asked us for some scenography.

How would you define your art?

Our art is the new pointillism. It’s an ecological art because we use our bottles and some we find in the streets. 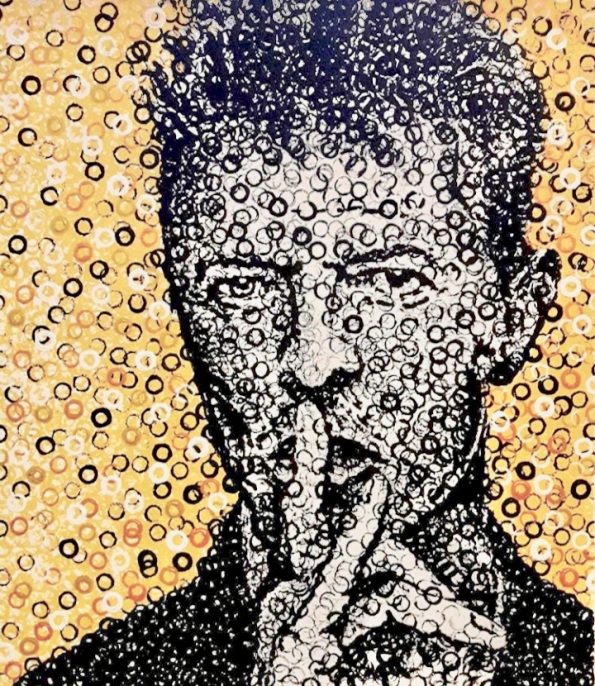 Your idea arises four years ago when you went to have beers and you saw cans of paint next to it. What happened with this?

It was during a working session: we did a scenography for a show. Cans of paint and bottles were in front of us: the revelation.

BEERPAINTING, a somewhat special name that refers to beer, but it is the bottle of beer in reality.  It’s all bottle in reality. We paint with champagne bottles, wine bottles, beer bottles, etc… but the first one was a beer bottle, that’s why we use this name. 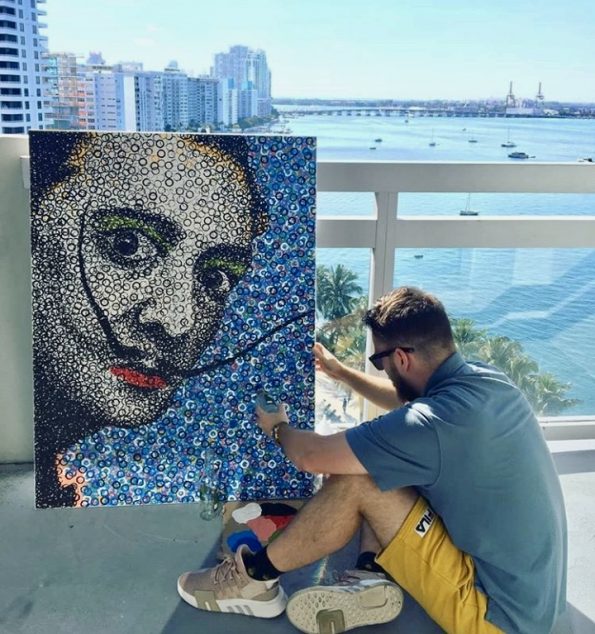 Your origins are the decor, have you abandoned it entirely? Could it be a way to connect your art to the landscape?

We don’t work decor now but if we have a decor project who is interested in putting beer painting on it, we are open to come back in the scenography! 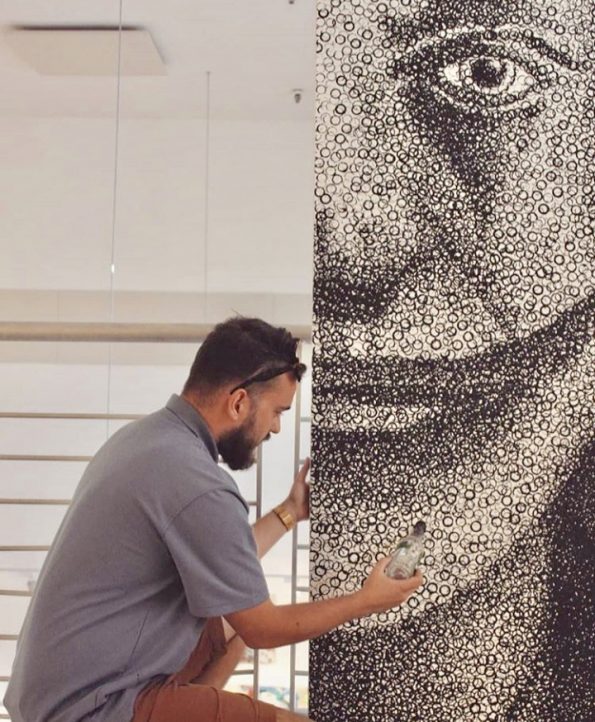 You have realized live painting and various exhibitions. Can you explain to us what they consisted in and which was the most successful?

It’s very simple: the customers ask us if we can paint something for them and we come in front of them to paint their canvas. One of the best was in Monaco during the Formula 1 race: i did Lewis Hamilton portrait on the canvas during the race on a yacht and he won it! That was a nice feeling . 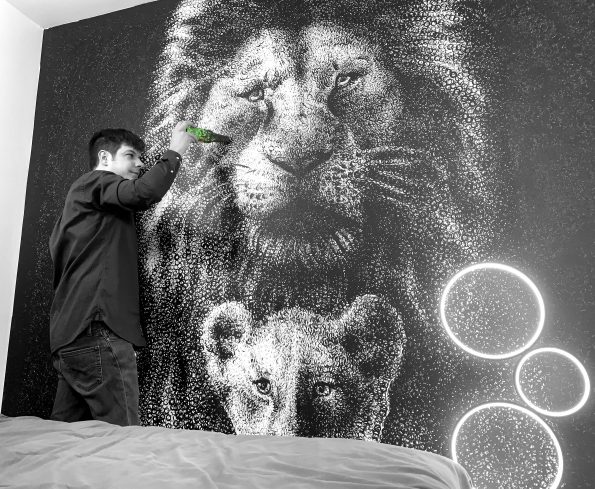 How did the public accept your way of making art?

They are very surprised by our art: we are the only ones to make this kind of art so they have never seen that and they are really happy to discover our work ! 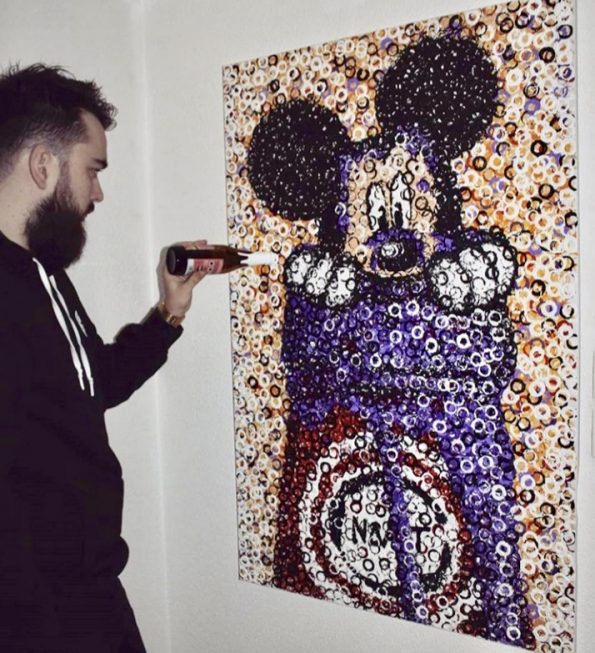 Is there some kind of evolution in your work? Have you thought about how it will be in ten years from now?

Yes, sure we are better and better in the realism and we work with more and more colors. We have more and more big walls and that’s better for our art. Our pointillism needs big canvas and big walls. Hope we will do huge walls all over the world. It’s what we want. 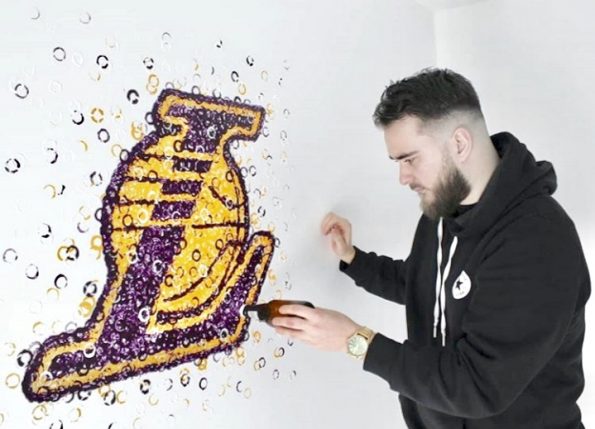 Who are your customers? Is there a defined profile?

Everyone can buy our art. We work with restaurants / bars / hotels / festivals / wedding planners / we also do special orders for people’s houses (canvas and walls). 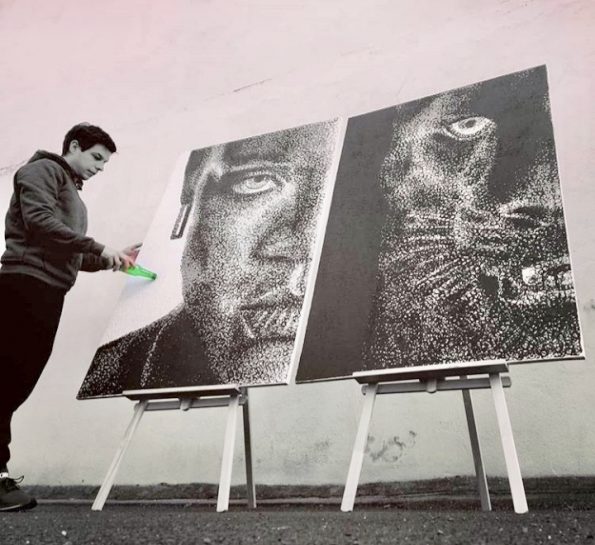 And for the future, have you made any plans?

Yes, sure after quarantine we will have many projects in France and we will go to London/ NYC/LA/MIAMI for live paintings, wallpaintings and exhibitions. 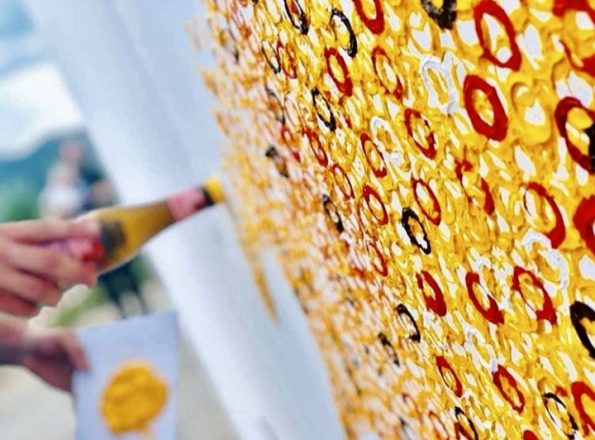 Florent Boisard, the artist that designs the curves of the female Universe