Portugal is one of the countries most picturesque and full of palaces surrounded by beautiful gardens and works of art inside. It also has prestigious museums where art finds its expression at all times. The name of Portugal probably comes from the old name of Oporto, from the Latin "Portus-Galliae" or, more likely, from "Portus-Cale" by a mooring existing in a fortified place called "Cale". Portugal has been a historical witness of a constant flow of different civilizations during the last 3100 years. Tartessos, Celts, Phoenicians, Carthaginians, Greeks, Romans, Germans (Swabians and Visigoths), Muslims, Jews and other peoples have left their mark on their culture, history, language and ethnicity. All of them contributed with their culture to develop their own idiosyncrasy that has given them a special way of being and that is reflected in all its corners. Palaces, gardens, works of art, museums full of history to discover.

It is also known as the Palácio do Monteiro dos Milhões, by the surname and nickname of its first owner, António Augusto Carvalho Monteiro. The palace is located in the historic center of Sintra and is classified as a World Heritage by Unesco. Carvalho Monteiro, helped by the Italian architect Luigi Manini, built a palace, luxurious gardens, lakes, grottos and enigmatic buildings on the fifth of four hectares, hiding meanings related to alchemy, Freemasonry, the Templars and the Rosicrucian. He modeled the Quinta da Regaleira with buildings that evoke Romanesque, Gothic, Renaissance and Manueline architecture. 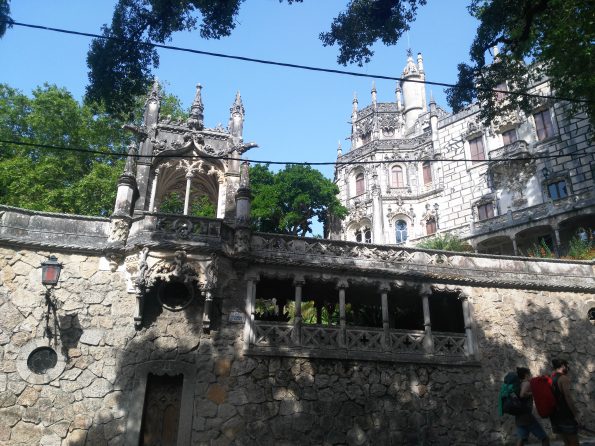