Alexis Continente, hairdresser by vocation, is one of those people who have a star in the sky.
Meryl Streep, Pierce Brosnan, Colin Firth, Amanda Seyfried, Stellan Skarsgard, Lily James, Christine Baranski, Julie Walters are some of the celebrities that he has had the opportunity to meet, celebrities which have been combed by him. 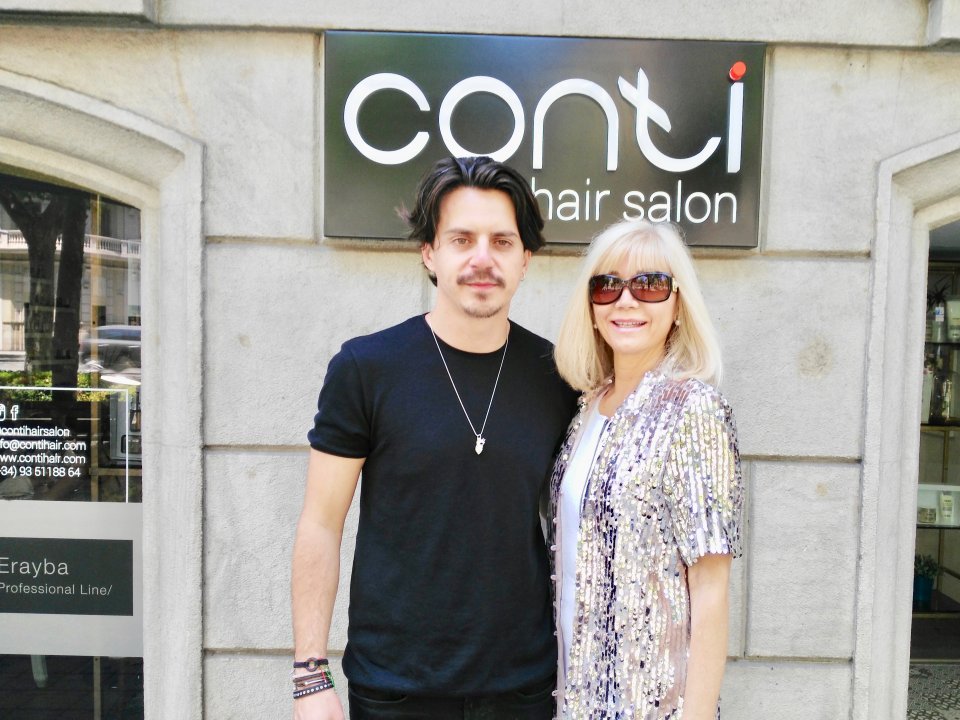 Born in Barcelona, but with an international heart, he began to shape his future as a hairdresser, knowing that one day his profession would take him very far.

At the first, he began to collaborate in his city with national brands of hair cosmetics and he becomed his ambassador. At the age of 29, he realized that to be international, he had to go outside, so he moved to London.

He moved to Shoreditch, an artistic neighborhood where there are Art Galleries that used to be underground, but now he has a certain New York touch,  very Brooklyn style.

And there starts a new world for you, isn't it?

Yes, I settled in that neighbourhood where the young designers were, the big brands and I started in a hairdressing salon. There I met people from the world of advertising and cinema and the hairdresser who was combing Chris Hemsworth asked me to help him.

We started with the shooting of "The Chronicles of Snow White: The Hunter and the Ice Queen" in 2016. 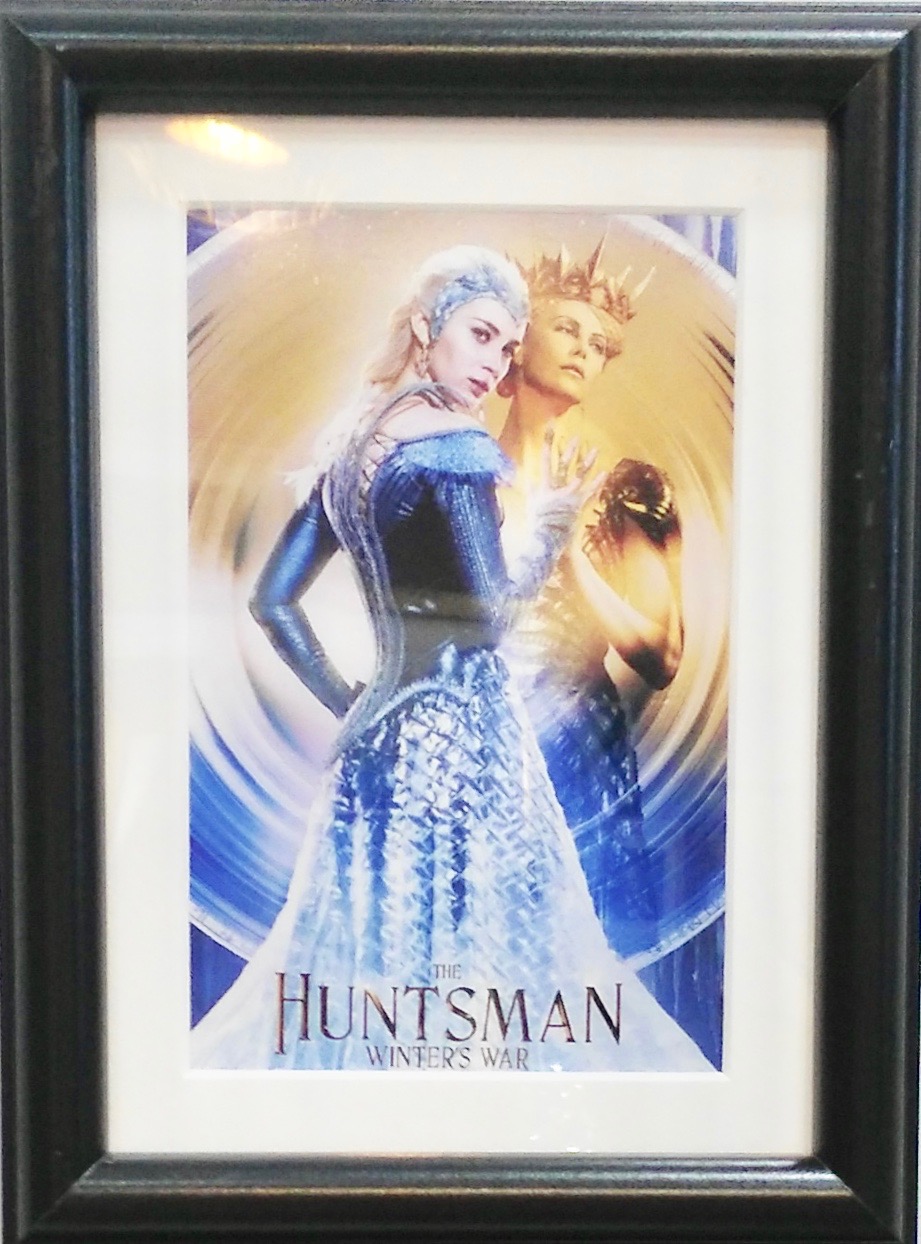 But your real change was to meet Natalie Portman's mother…

Yes, in the filming of the second part of "Thor" was when I met her, because Natalie asked me, as a personal favor, to do the colour to her mother, since she was going to Los Angeles.

Her mother asked for the formula, but nobody did it, so I sent it to her and this was when I was hired to make the film and this changed my life.

And from there you start working on movies and series and you were nominated as Best Hairdresser.

Yes, in 2016, I was nominated to the EMMY for "Penny Dreathful", a British television series, with Eva Green, Josh Hartnett and others, although we did not win and then we were also nominated in the Guild Awards for the same series.

And you also create your own service company and rent rooms to train other hairdressers, offering your own, innovative techniques that achieve great success.

In 2017, we opened in the Diagonal Avenue of Barcelona. Conti Hair is a hairdressing salon and training project for other hairdressers. I teach my particular method and transfer my experience.

And while you open your hairdressing salon in Barcelona, they propose you to be the hairdresser of the actors and actresses who were going to collaborate in the second part of the movie Mamma Mia  until December 2017.

It has been an extraordinary experience because it has allowed me to live with them for several months. 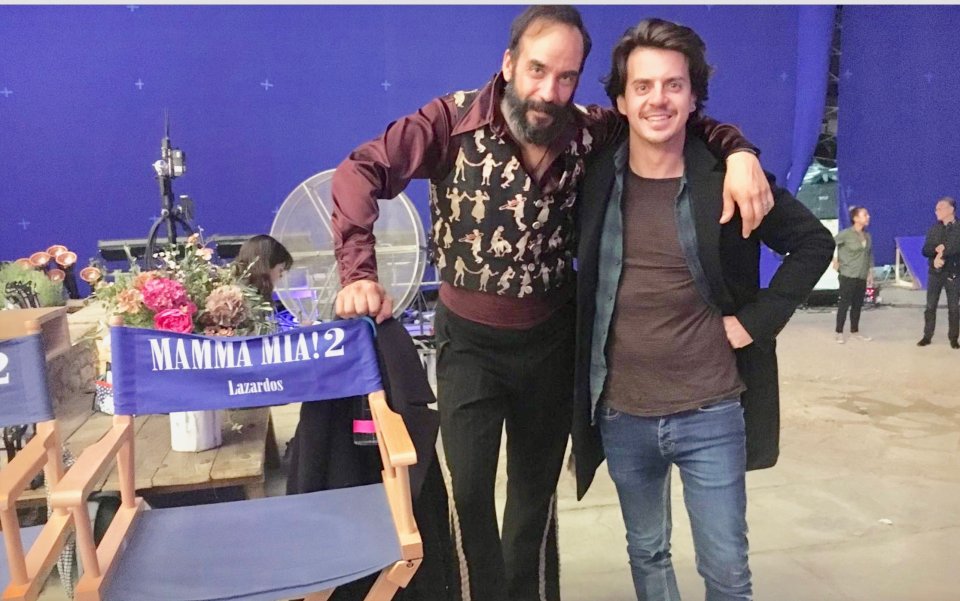 And how are really the actors?

Pierce Brosnan is a lovely person. Smiling he gave me his hand and his spark appeared immediately. It has a spectacular aura. He lost his first wife and daughter from the same illness, but he is always in a good mood. He has known how to channel his energy and take it wherever he wants. It is out of the world. 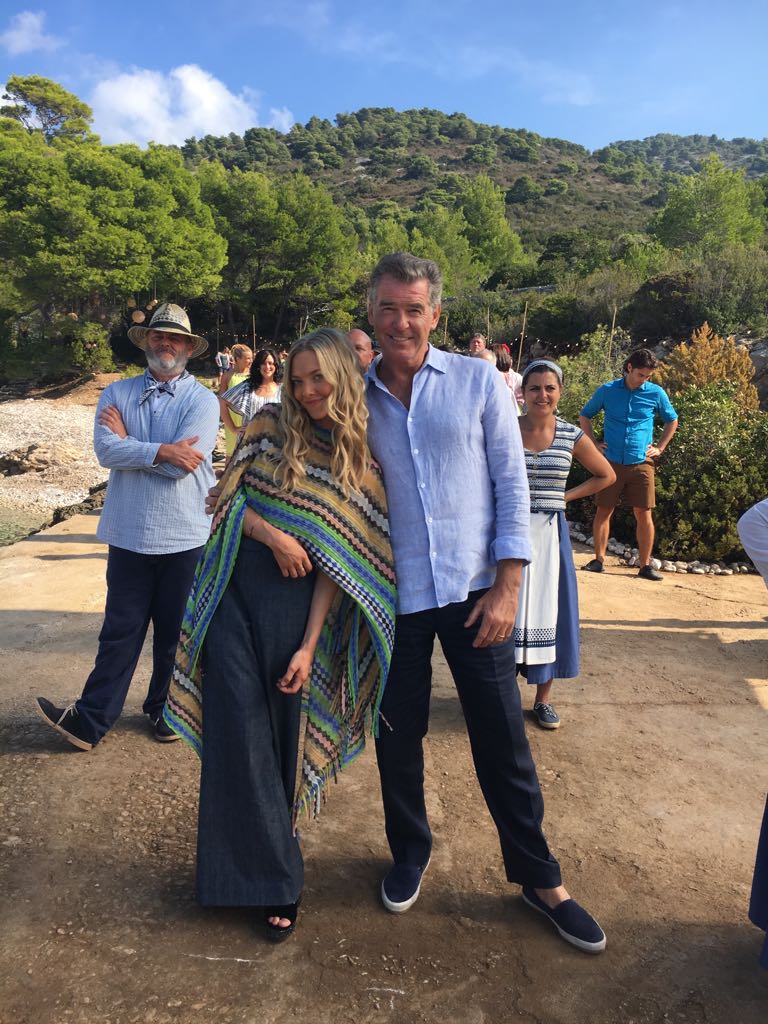 When we shot on the island of Vis, a very small island, it was the end of September and he was there with his wife and we went home. They showed themselves as they are, as if they were alone, in love, happy.

Amanda Seyfried is very funny. It was spectacular on the filming.

We were going by boat to work. They took us to the deserted islands because we could not go by car. It was great! It allowed us an approach with the actors difficult to have in other shoots. 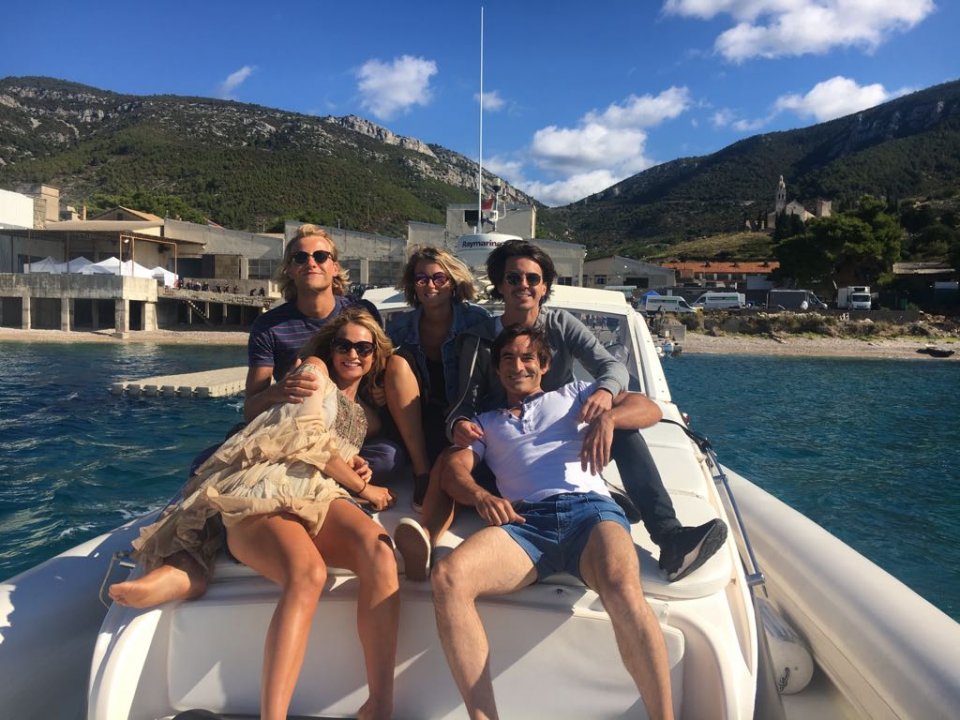 Meryl had her personal hairdresser, on set, she was the first and the last person you see daily. She was very kind, open.

Then I worked with Colin Firth's hair. He is a gentleman, but he has character.

And I was also with Lily James on the ship. She is very beautiful, pleasant and will have a great future as an actress. 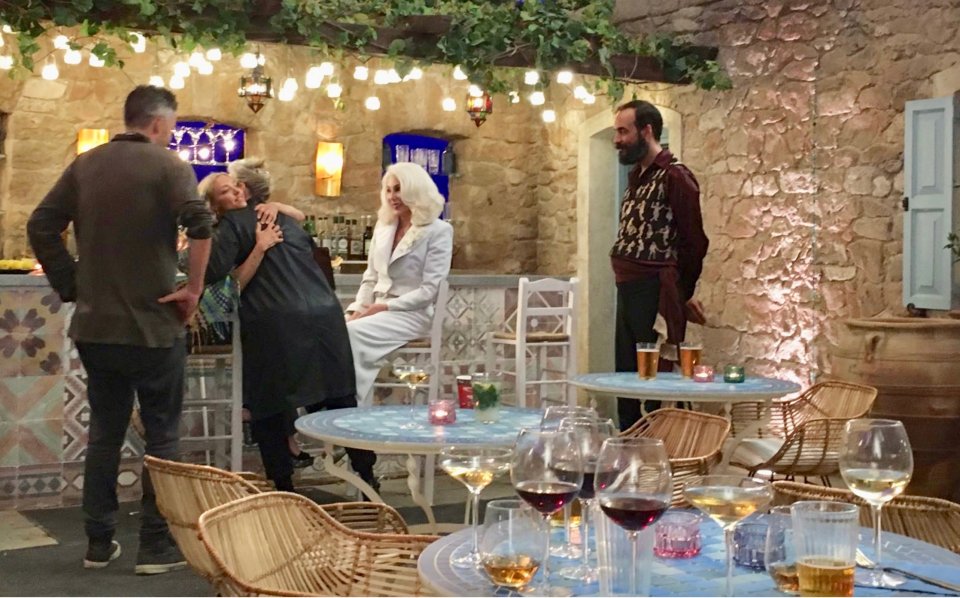 Some actors with Cher in a moment of the film 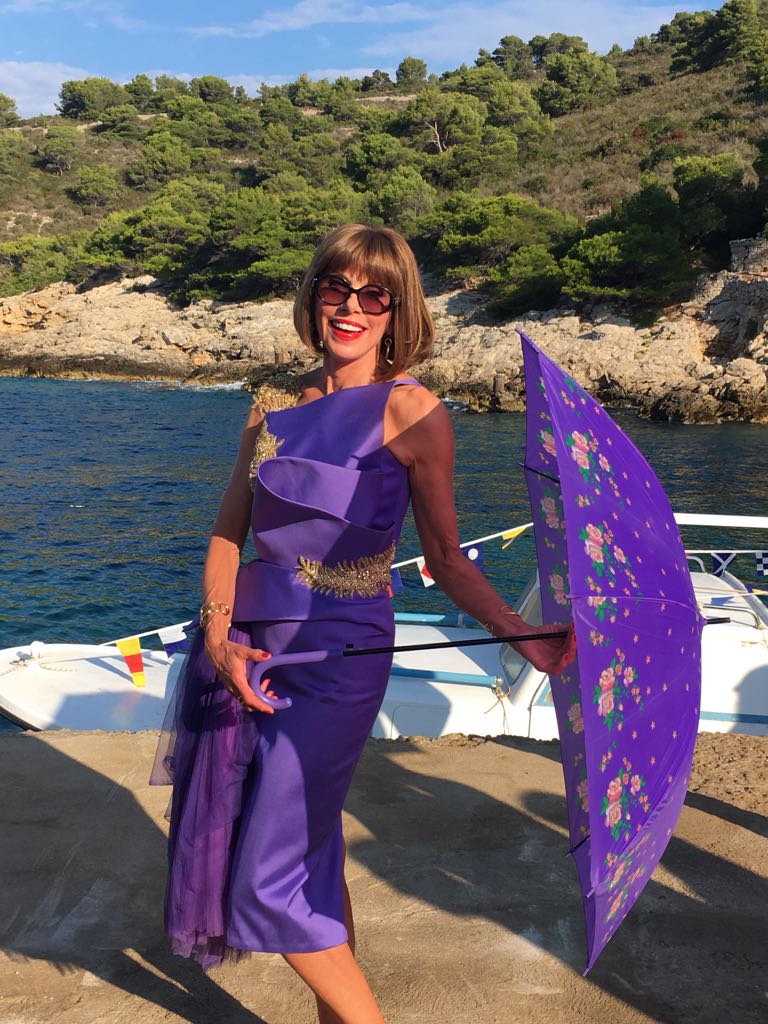 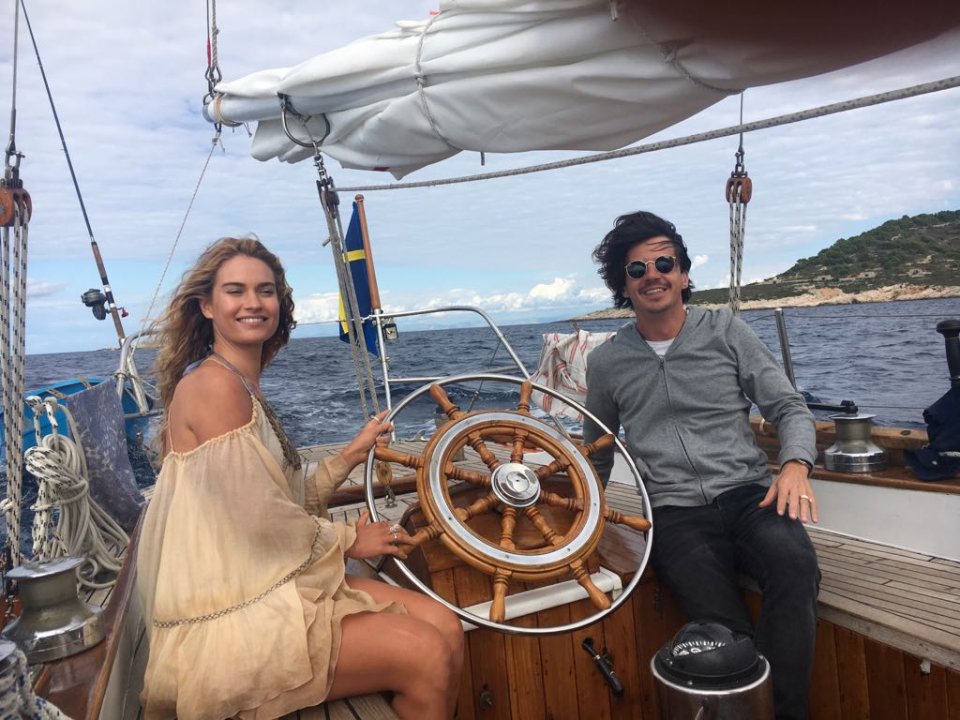 It must have been a great experience, no doubt. And then, in January 2018, a new project arrived.

Yes, "Artemis Fowl", of Walt Disney Pictures. A fantasy film, in the line of Harry Potter, with 300 million dollars of budget, based on the book by the Irish writer Eoin Colfer.

It will be able to be seen in the cinema in the summer of 2019. Only in special effects it had a budget of 119 million dollars. And it was shot in London.

And now what plans do you have for the future?

I would like to have a few months of calm to do the things that I like. The movies are very intense! I want to continue in the cinema, but to depend less on Barcelona. I want to go to the United States, to Los Angeles. I need to take one more step!

I am sure that you will get to conquer Hollywood! Passion, patience, good work, creativity and contacts are your ticket to arrive. And you have all them! Congratulations!

2017 All the money in the world (hairdresser: UK - as Alexis Continente Zapata)

2016 The Chronicles of Snow White: The Hunter and the Ice Queen (hair dresser) / (makeup artist)