Youcef Aden is a really interesting person to discover and his private life is more exciting than his professional work.

Youcef, who was born to get the success, with a strong behavior and a seductive passionate way to manage life, let me interview him in his flat of Barcelone.

He shared with me some nice experiences and jokes!

I love his sense of humor and the way he sees the world. 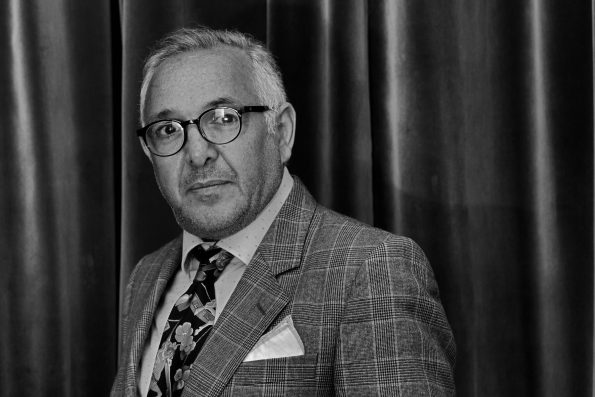 “I have been fortunate enough to have gained remarkable experiences working with a number of the world’s most successful and creative entrepreneurs and leaders in their fields ( Richard Branson, Don Simpson, George Lucas & More…)

In each role I have found success through my ability to meet commercial objectives, focus on creative brand development and construct clear communication strategies.

My experience extends across areas of film making, sales, marketing, web 2.0 sponsorship, advertising, mobile-web and content across all types of media.

I excel in the areas of client and partner relations and personnel management due to my enthusiasm, loyalty and dedication.

In the past I have enjoyed some exceptional and distinctive challenges and am now searching for a new long term opportunity using all the experience I have gained and contacts I have made”.

Youcef Aden at his flat of Barcelone 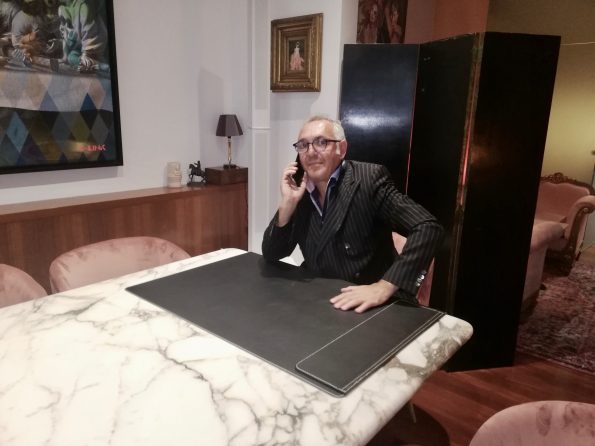 Youced Aden is a successful man, but I would like to know about how were your beginnings.

I started at a very young age my first company, I was 17 and a half when I started as an interior designer and was doing some fashion design, as well in Paris there is a fashion designer so I learned from that at 18 and 1/2. At 19 I went to LA for about 14 years and made motion pictures for celebrities, for music industry and someone.

You have great experiences in the world of film making, sales, marketing, web 2.0., sponsorship, advertising, and so on and you have worked with the best leaders in these fields like Richard Branson, Don Simpson, George Lucas… Can you share with us these interesting experiences  and tell me who was the person that has influenced more to you?

So as I started working for a lot of celebrities, I worked for the first ones where the Jackson 5 of Michael Jackson. I was 19 and from there I worked with Elton John or to a fire Eddie Murphy doing I coming to America Road Delirious many different a lot of music industry coming to America.

I began in the fashion industry designing for all the big films and Michael Jackson for Bad and Dangerous. After that I had a shopping on Madison Avenue and 58th and I have a shop from Rodeo Drive in the rodeo collection Hawaiian. In Moana Shopping Center planes are used to design of the time for Versace, for Armani, for all the top designers, but only specialized in that leather and suede. Moving on I started after when the computer came out in the 80s I began designing on computers the fashion it was new on. From that on, I went to special effects, in fact I started designing on film sets and clothes and all that on on the systems.

I arrived myself from the fashion industry and designing and computer going into special effects on computer and doing all the CGI the computer graphic and design for movies who is a known salon and I was on big Mill Movie sets working with George Lucas, Spielberg and all the big top movies are rated movies in the time in Hollywood. Working with George Lucas at the time at Skywalker Ranch at industrial Light & Magic spend that 2 years worked with John know the create Photoshop I know what a very good team at the time. I got bored and moved out and did something else, at the time I wanted to do journalism so I worked in the CNN on National Geographic to the documentaries around the world with ideas on different things.

After that I went back to Paris because my father was very sick and he passed away, and from there, I stayed and move back to London. I made good money after one year or two or three years. I stopped for doing nothing and after, I had the most popular night club in London, and all the celebrities and all the friends I used to work with, Jagger, Prince, the Royal Family and I had a lot of people coming in and it was very, very famous. From there, I started working in marketing, obviously with a big advertising agency so I went back with the internet on the social media and I went back to digital marketing that is called boxing now. Anyway and so I know  my job is between creativity marketing and sales, everything that has to do with any type of business. 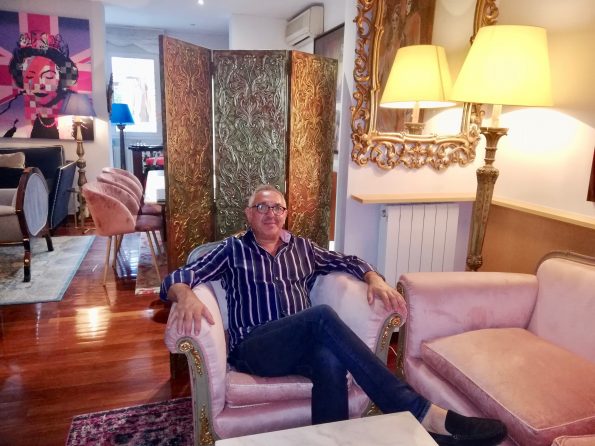 So regarding Don Simpson that I used to call him the decaf Paramount, he used to be the biggest producer in Hollywood, he did Top Gun, Beverly Hills Cop, Flashdance, his assistant was Jerry Bruckheimer and it was a very, very talented guy,  I used to have a lot of fun and I live together and he died of an overdose and I decided at the same time to leave Alli Simpson, but the guy he created the freeze frames and I’ll a motion picture I can see a freeze frame and that was his strength when he created the blockbusters.

The most personal influence in my life… I would say everyone has always something to bring into your life, there’s nothing, there’s no possibility of saying you can’t learn, every second is a learning experience and it’s a learning process even when you think you don’t learn, you learn when you fail, you learn life is just about learning and every time you learned you’re happy. Really good moments are just good when we laugh and when we learn so much that we take a break to laugh, and have a good drink or a good food. 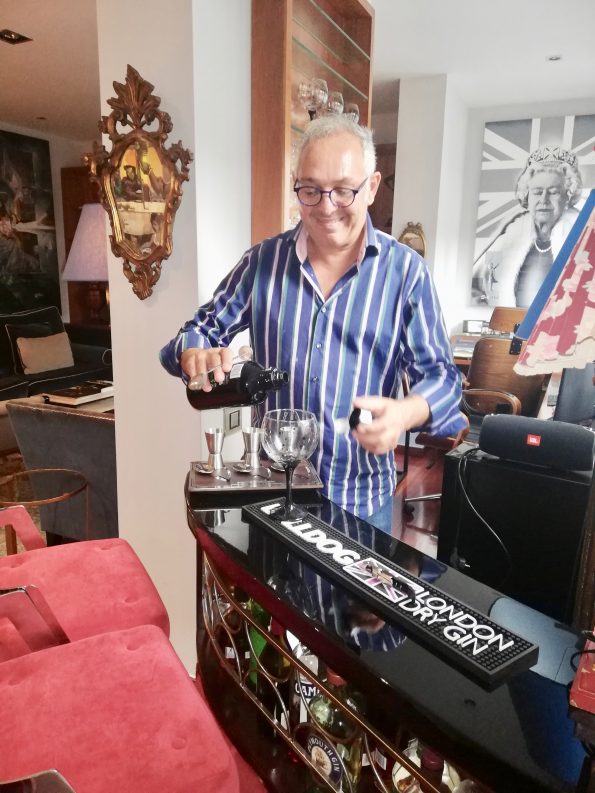 How is your day by day?

My day by day would be at work. I decided right now to work two hours a day, not more than that. Working two hours is actually doing my job, the rest of the time is for finding solutions for the bigger picture. Being the entrepreneur is seeing the bigger picture isn’t coming out to be able to have a big benefit of dissecting every little bits to be able to correct it. 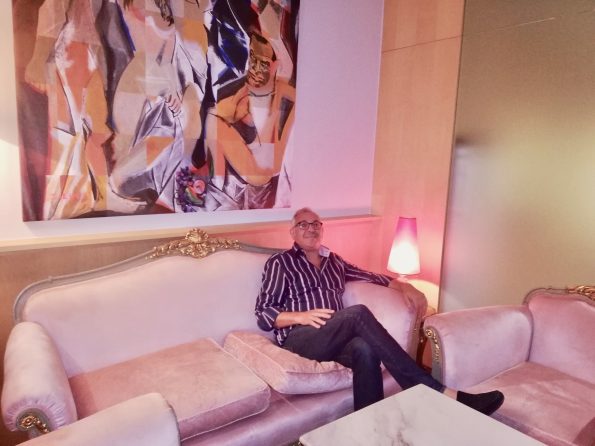 How do you see the futur of the networks, communication, advertising, TV, films…?

I think on the future of the networking or Network. Going back, humans once used oil and abused everything about technology. We will use it as an extra, but we will have maybe the technology filter. All the persons that they would like to meet and I’ll just to meet the people that we don’t desire, but we will filter the ones that we would like and after that we still have to have a human touch on communication. I would say maybe the technology will be more doing the communication, then the human we will be closing the deals, advertising pure technology TV and films, a thing on TV and the films in the future will be TV series of six minutes or 5 minutes, maybe two times a day, one in the morning at 6 a.m., and another one in the evening at 6 p.m. When people go to work and want to go to come back to work now will not be able to watch the whole series of 52 minutes sitting down at all, it will be split in a whole week 5 days 6 minutes to 5 minutes, every time that gives 15 minutes a week so it’s 1 episodes. Taking it to the difficulty on filming would be more wide close-ups as we are looking at films and TV now on the technicality of filming will change and it will have it more adapted to telephones. 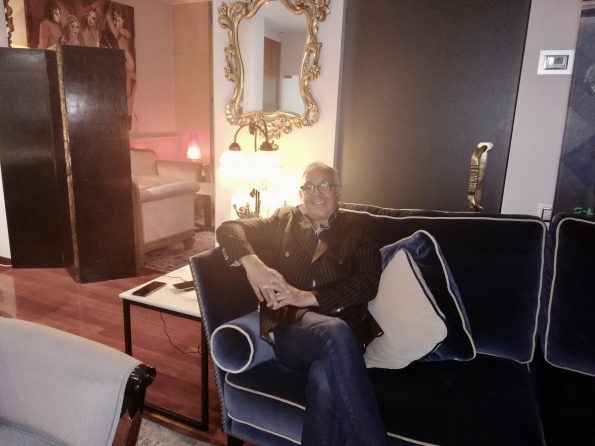 What must have a creative man to get success, and what is success for you?

What makes a creative person… I think a creative person is someone that can do whatever in any field, for example, you could be a chef one day, another day you could be an architect, another time you could be a carpenter, a pilot or whatever. It’s just about every job that a person does is just a skill apart from being a professional in an specific field. A skill is nothing else than an actually passion that the person who doesn’t have time has but wants to develop. Sometimes we do a profession and we get tired of it, then we want to change that. There’s only one life, let’s try to live as much as we can and leave it as beautiful as we can, so doing many things at the end of the same thing being creative. So creativity is in every area even a mother when she has minimum food in the house and she has to do something and she didn’t have time to go and do the  the groceries is being creative.

What will do you advice to new generations that want to work in your professional fields?

The advice for the new generations, whether in my field or on any type of field I think that is only one thing: passion. I would say I would recommend for a few go to a job interview it’s to learn about the position you are going to be all that you’re applying for or they are advertising and see in that area. If there is anything else you can develop you can do it. Maybe the company didn’t see something, maybe you can create something extra in the job they’re asking and when you go that’s going to make the difference compared to everybody else, so always be on the watch, be creative and passionate. 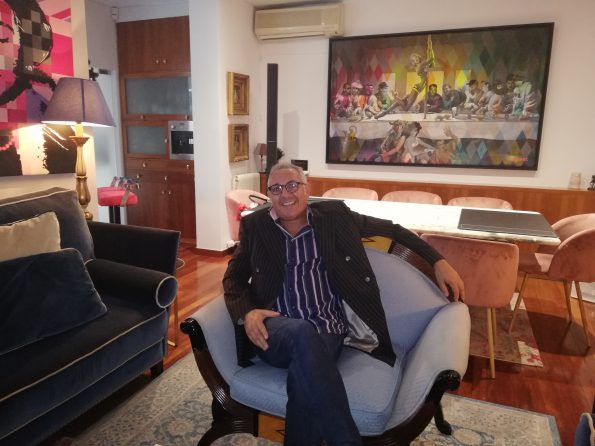 Do you know something about George Lois the gurú of the marketing and publicity and his own way to create?

I do not do know much about George Lois, but the person that I really admire is Tom Peters, for me to go to in marketing and explains very well the way the business has to be running, the way the marketing and the whole strategy of a company. I think it’s the person to watch on YouTube or  read some of these books.

What is the field that you have never worked in and would like to work?

I guess that the field that I never worked before and I would like to work on doing it right now is banking. I never thought that I would be working in banking, but it is the most enjoyable and it’s the most fascinating business that you can imagine and it’s true that is not one company that doesn’t do or need Finance or any knowledge. The more you know about Finance the better it is for your company doesn’t matter what your company does, most companies that always have financial problems always have a base or something about Finance, but I found out that is as creative as every other business and most of people working in finance at very, very boxy, they don’t see outside of the box of they’re not very creative. The world only forms technician so everybody thinks with creativity, we have to go to Fashion, we have to go to writing, to movies and all that now there’s other creative areas for their banking is crazy gift as much as other ones.

Thanks very much Youcef to share with us your great experiences.

"Only Heritage", by Nina Vélez-Troya