The second half of May presented some of the most important lifestyle events of the year in Monte-Carlo and Cannes. Ballet star Lorena Baricalla tells us the anecdotes related to the events in which she participated this year amid Formula 1, Fashion and Cinema. 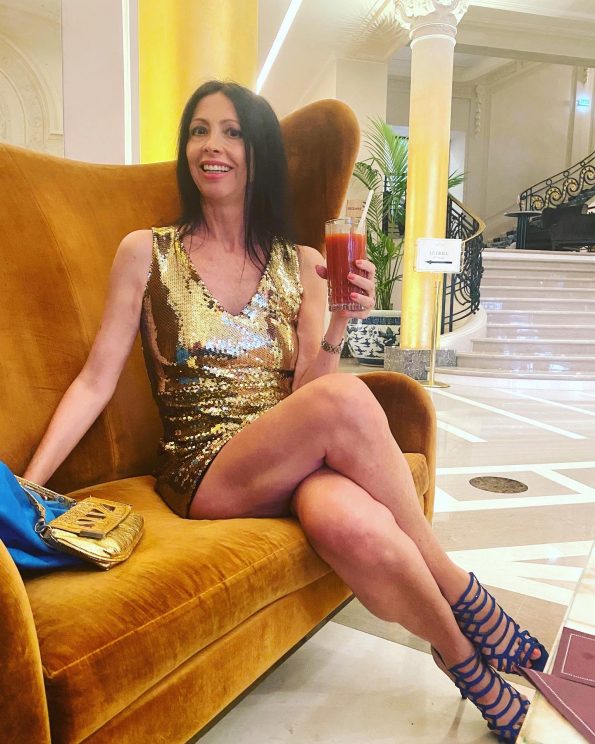 With which event did you start this fortnight?

Again this year, I enjoyed visiting the paddocks of the Historical Monaco Grand Prix which brings together about 150 Formula1 cars of over 100 years of racing history divided into categories. A real temporary museum that traces the evolution of technology and the different lines of the aesthetics of sport cars design. For example, I found the car with which Mario Andretti, a great champion that I met two years ago at the World Sports Legends Award, the Oscars of Sport – produced by our production company PromoArt Monte-Carlo Production – that I present as a Master of Ceremonies. I welcomed him on stage to receive the award and I spoke with him at the Oscars of Sport’s Talk Show that I host and which can be seen on the WSLA web channels. Mario has created a real dynasty in America linked to racing and is a man who transmits great enthusiasm. 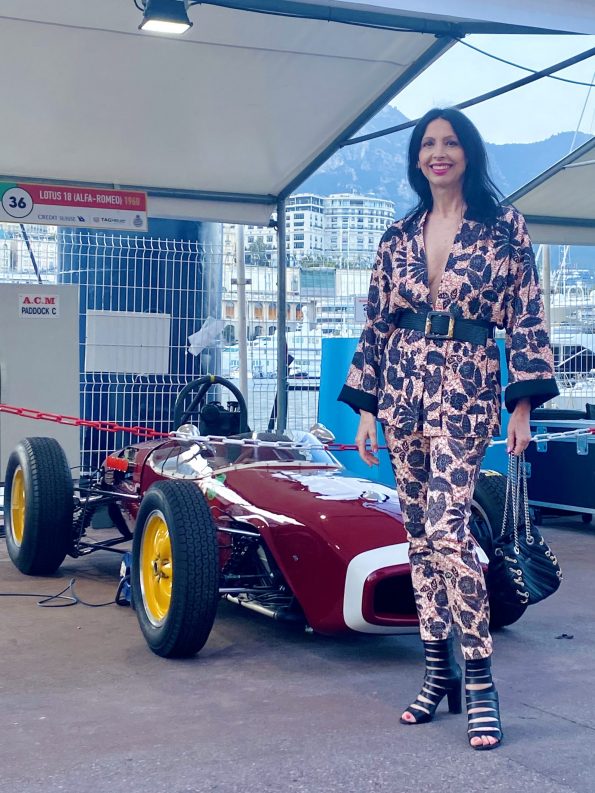 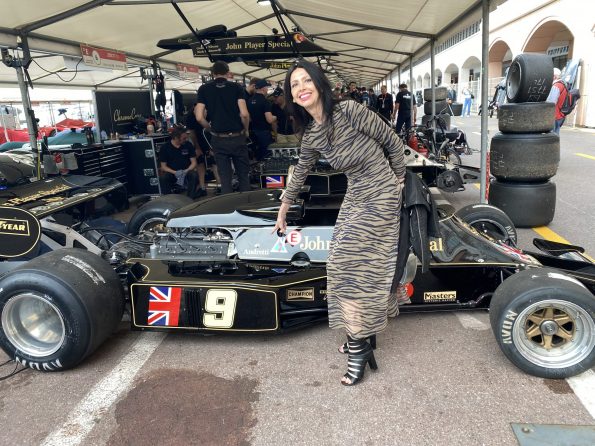 As an international ballet star, singer and actress you are demanded by emerging fashion brands to wear their clothes. Who are the designers that have dressed you in these occasions?

Fashion is present in everything I do, it is also an expression of art.

In this fortnight I wore creations specially created for me by Eles Italia, Marcos Marin and Didimara, Agnes Wuyam, Fabiana Gabellini … 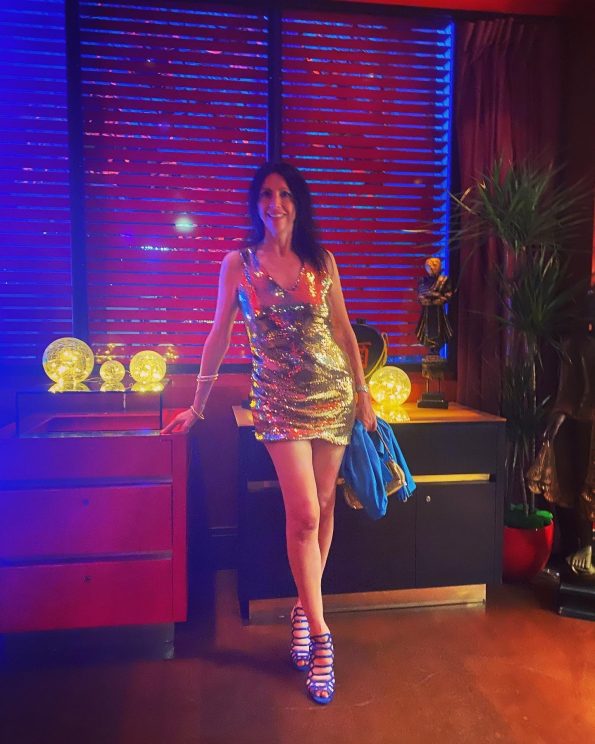 Did you attend Monte-Carlo Fashion Week?

Yes, I have been to the Monte-Carlo Fashion Week fashion shows that this year took place at the Monte-Carlo Opera. I have many emotions related to this place. Here I went on stage for the first time when I was 5 years old and here I danced my great roles of etoile at the Ballets of Monte-Carlo: from Sheherazade of the Ballets Russes by Diaghilev, and the Siren in “The Prodigal Son” by Balanchine, to “the Marquise” in “Marco Spada”, “the Gypsy” in “The Two Pigeons” by Ashton and “The Taming of the Shrew” by Russillo. Here I danced with the great Rudolf Nureyev, with Fréderic Olivieri, principal dancer of the Ballets of Monte-Carlo and director of La Scala of Milan, and with Eric Vu An, principal dancer of the Paris Opera … As well, on this stage, I have been several times the star of the National Day Galas in honor of the Prince of Monaco.

On this occasion I attended the fashion show of the creations of the artist Marcos Marin who designed the fabrics for the fashion designer Didimara. A very colorful and airy collection that I liked a lot.

I wore a stunning dress that they both created especially for me. Short in front and with a long train, it is decorated with the graphic portrait of Bruce Lee.

Finally, for the red carpet of the Fashion Week Award Event with the presence of Princess Charlene I wore a beautiful silvery evening gown by Agnes Wuyam. 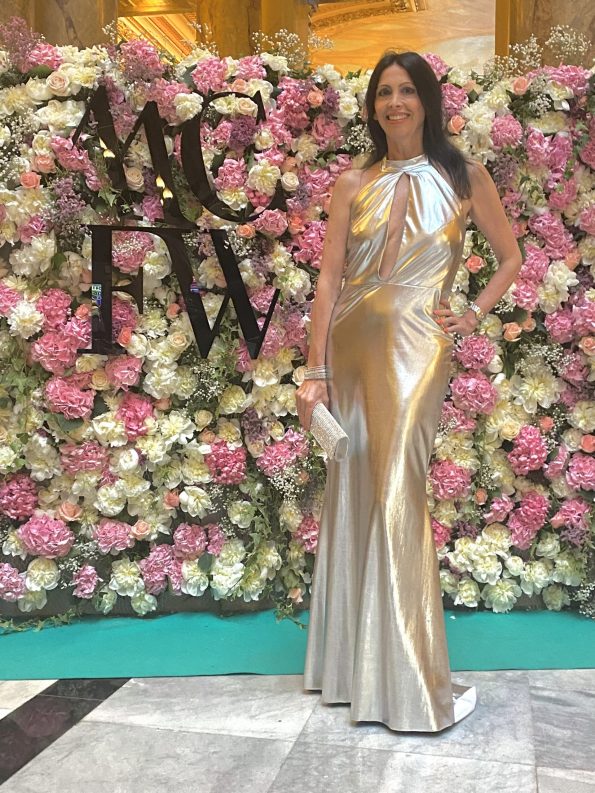 What can you tell us about the Cannes Film Festival?

The Festival is for me a time for business meetings and new relationships. The privileged and nerve center is the elegant Hotel Le Majestic right in front of the Palais des Festivals.

This year, accompanied by my manager the Producer Tino Genovese and our Communication Manager Dan Lavore, I met the American film producer Julius R. Nasso to talk about new projects. We also made new business acquaintances and the parties brought very pleasant moments.

At the Festival I wore sparkling second-skin dresses specially created for me by Eles Italia by Silvia and Stefania Loriga, two fashion designers that I really appreciate for their dresses that can transform according to the situation thanks to long tails that can be added or jeweled belts. 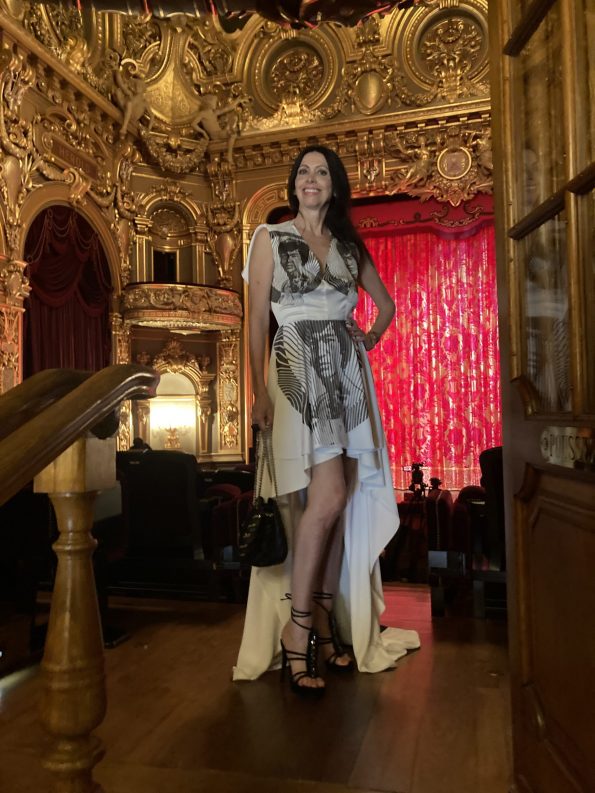 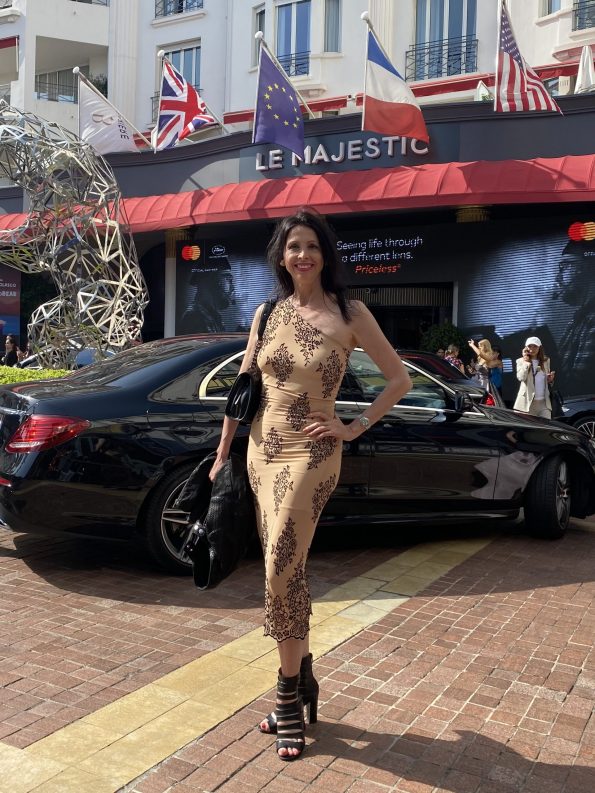 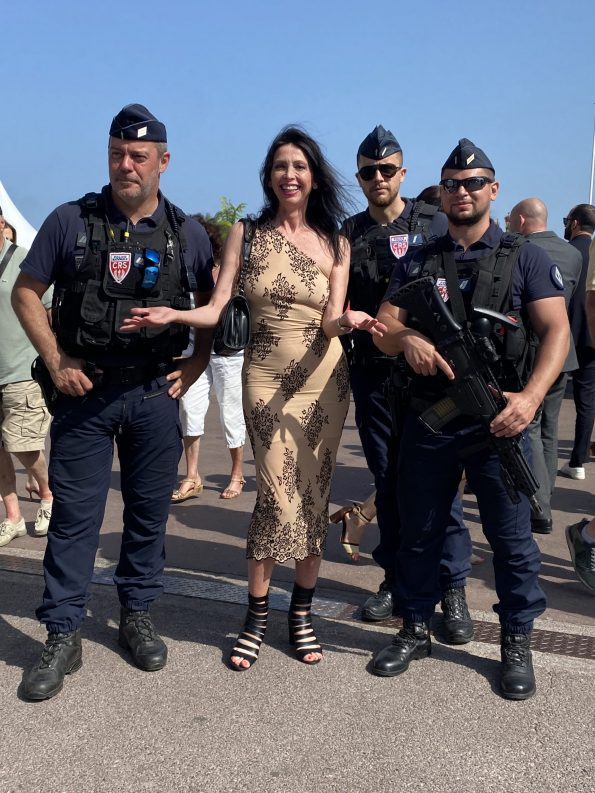 The atmosphere of the Monaco F1 Grand Prix is ​​always exciting …

Of course, having been born on a Grand Prix day, it probably remained in my blood.

Unfortunately, today’s rules have “closed” this world that can no longer be lived with the freedom we once had, which allowed us to go on the circuit as soon as the race ended and even to bring back a great driver who had an accident along the way to the paddock as it happened to me as a child with my parents’ car. These are memories of Monaco full of charm. Even today’s champions in Formula 1 have great talent. I had the pleasure of being accompanied on the red carpet on two different occasions by Leclerc and Giovinazzi, two very elegant and nice champions.

During this Grand Prix weekend, I went to the places to be in the Principality. An aperitif at the Hotel de Paris led to numerous meetings. For example, with the President of the Automobile Club of Monaco, organizer of the Grand Prix as well as of the “Concours of Elegance and Cars” of which I was one of the 3 Jury members some time ago. And also, with General Galtier of the French Gendarmerie. I presented his book few months ago in Marseille in which he recounts all the major French criminal cases of which he was in charge. Finally, the evening ended at the Buddha Bar with a dinner with exotic dishes in the typical trendy musical atmosphere. 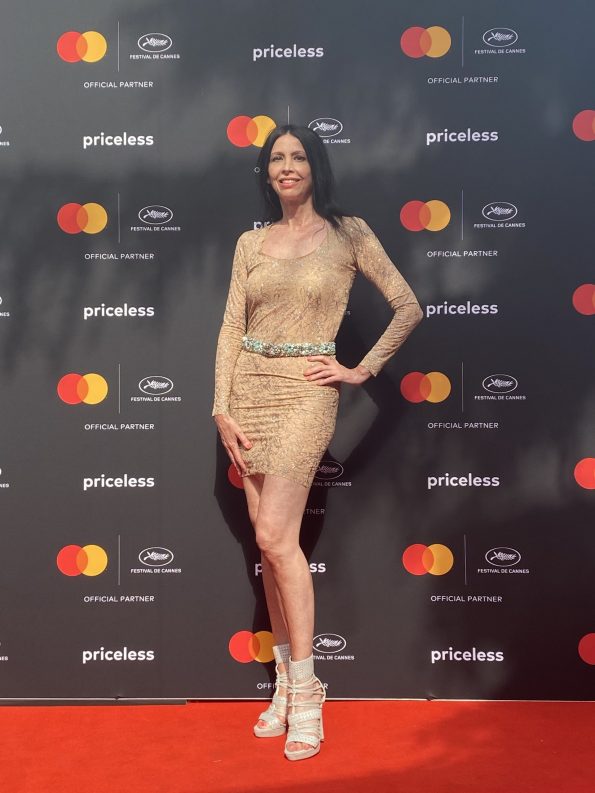 We know that you have been filmed for the TV Show “Lorena and Friends in Monaco” for the American TV, about your life as an international star …

Yes, and we intend now to realize new episodes by finding new TV channels. The concept is produced by our production company PromoArt Monte-Carlo Production and tells about my life, the events and meetings I have not only in Monaco but also on the French Riviera or during my tours.

Do you have any upcoming projects?

From tomorrow I expect a hard training to prepare a show for June, in which I will dance “Carmen” and my new choreography entitled “Swan” on Swan Lake music. So I have to enter a creative phase.

And then the promotion of my “Origins-The Answer” Trilogy of books. The readers can now find it on Amazon in Italian or English. An exciting epic and spiritual saga that I invite everyone to read!