One of the most interesting questions that a Human Being can do it himself is no doubt, who has created us?

Red Ivory is a luxury blog and I always have published about this sector, but I am wondering at if maybe the true luxury is to have the knowledge of who we are.

My friend and well-known actress Lorena Baricalla, whom I have had the pleasure to interview here responds to this question in her trilogy of books Origins, The Answer that begins for the one titled Origins I -“The Creation of Man” 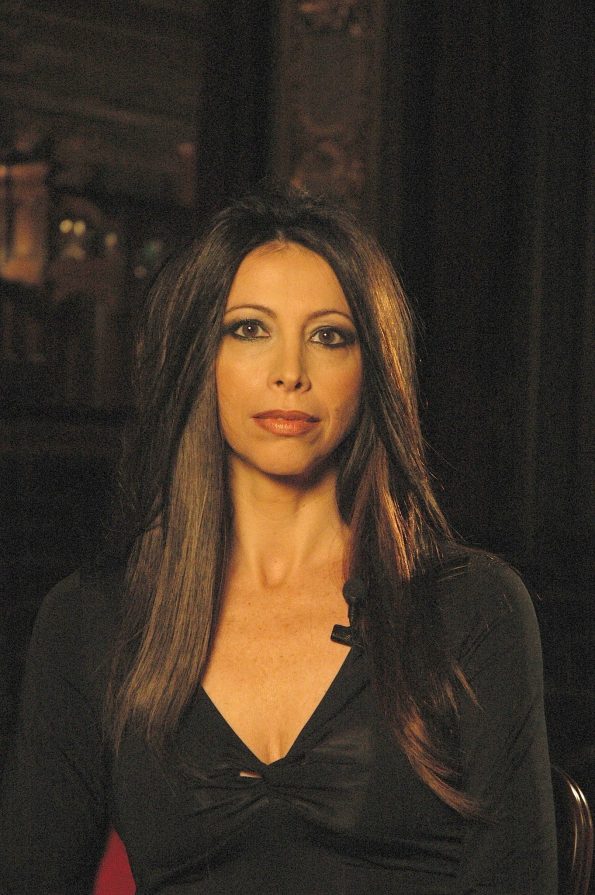 Lorena, why did you decide to open this so complicated and fascinate door at the same time about our origins?

I have always been attracted by the search of the meaning of life. I dedicate always time to learn new things, open my mind and develop myself. Everything in life is connected.

“The Origins, The Answer” project is the fruit of an idea that matured over time. It’s all started from an artistic project for me as a performing artist.

One day I was asked to sing a song in a recording studio. With my voice range and my interpretation of the song, it took on a dimension that prompted my manager and production director, Tino Genovese, to capture the atmosphere that my singing had created in a demo video clip.

And here an inspiration was born. It arose from our interests and our conversations made for years during our international tours about the sense of life in general, spirituality, quantum theories and universe. For this we started to develop a new entertainment project of PromoArt Monte-Carlo Production, our production company. 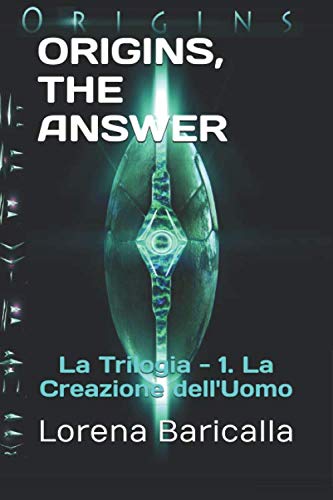 Initially we worked on a big show in a new concept we called Live Movie Musical Show, now in the pre-production phase. It required a great deal of work and time and over 50 people were involved. We also produced an extremely successful preview presentation of the show with a cast of 100 performers around me on stage.

I wrote two versions of the script for the show. The first was predominantly visual and based on some elements of the story, while the second was more complex with all the elements for becoming a book: Origins 1 – The Creation of Man. Both versions needed copious documentation and I had stored so much information in my head that I felt quite dizzy.

One day I woke up and the story for Origins 2 – In Search of the Kingdom of the Heavens was clear in my mind. It was so clear that it was as if it was being dictated by a voice inside my head and my fingers couldn’t fly over the keyboard fast enough.

At that point I decided to write a Trilogy and Origins 3 – The Planet NI.BI.RU took shape. 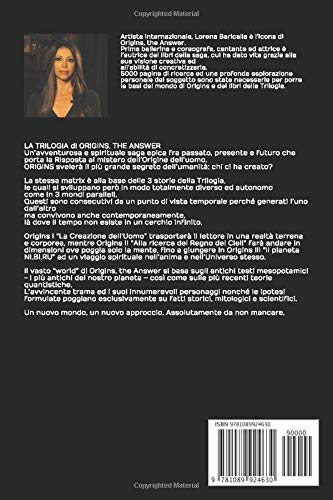 After study a lot of documents and books, what is your possible answer to this important question?

You will discover my answer and The Answer at the end of the third book of the Trilogy!

“Origins, The Answer” is a Search. It is the Search of all of us.

It’s an adventurous and spiritual epic saga embracing past, present and future and bringing the Answer to the mystery of the Origins of man.

It’s a new fascinating “world” which is based on the ancient Mesopotamian texts – the oldest on our planet – as well as on the most recent quantum theories.

It can be viewed on various levels. In the first place, it reveals its entertaining and adventurous side, but whoever wants to can gradually go into much more subtle levels of comprehension.

Every fact that is narrated is actually linked to multiple spiritual, esoteric and symbolic meanings, from which the reader will be able to gather the profound message of “Origins, the Answer”. 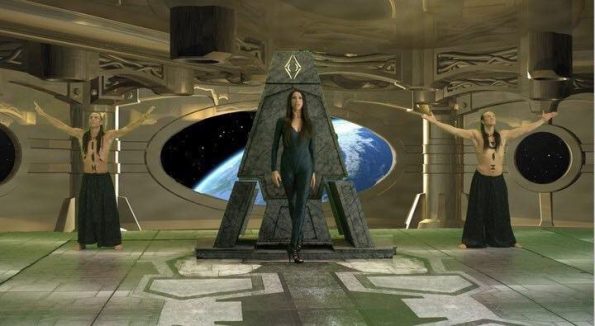 In Origins II “In search of the Kingdom of the Heavens” you continue discovering to us more, this time about the Heavens. What do you would want to say with this new book?

The same model is ​​the basis of the 3 stories of the trilogy, which however develop in a totally different and autonomous way as in 3 parallel worlds.

These are consecutive from a temporal point of view because they are generated from each other but also coexist simultaneously in an infinite circle, where time does not exist.

The idea of the model of the Origins Trilogy is based on those concepts that are at the foundation of the history of humanity: the first man and the first woman; good and evil; the tree of Knowledge and the Tree of Life; heaven and hell; the Tower of Babel as a symbol of the lack of values; the initiation way; the moment of total destruction – in other words, the Apocalypse, universal judgement, the End of Time and the Renaissance, the New Era bringing renewal and values.

As well we can say that the three stories have the same structure.

The incredible architecture of the universe is based on the poetry of numbers and forms.

As a result, Dance and choreography, music and song, painting and sculpture… also stand on a mathematical and geometric structure that gives rise to beauty and harmony.

As a performer, I also wished to bring a structure to my writing of the Trilogy, to find equilibrium in the three stories. 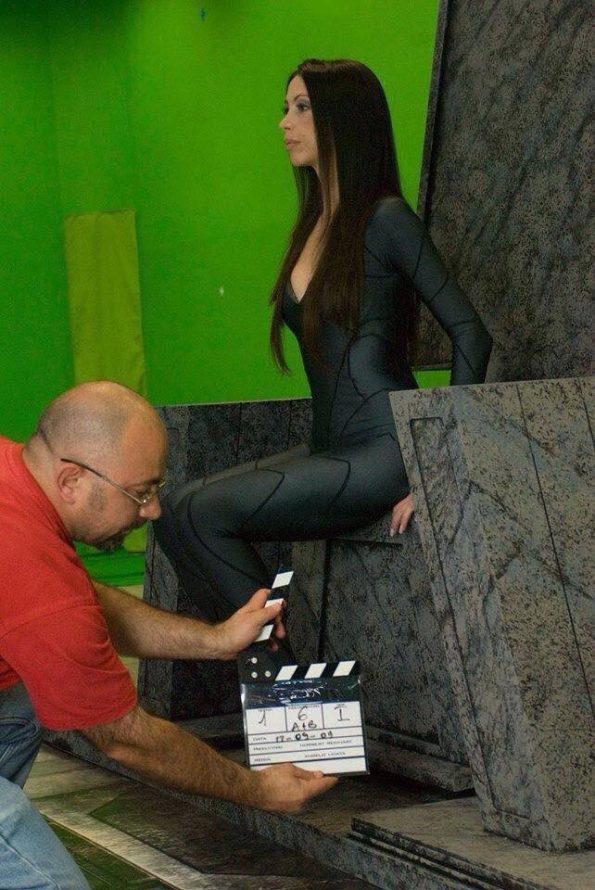 And finally the last one, Origins III– The Planet NI.BI.RU. What is Nibiru and how this planet has importance for the Human Beings?

In fact the story of the epic saga of “Origins, The Answer” offer an ascendant path of evolution to the reader. I started in Origins I “The Creation of Man” with the creation of an adventurous story in an earthly and corporeal reality, and so with an easier comprehension. Then I tried to lead the reader towards a wider vision.

In fact the second book, Origins II “In search of the Kingdom of the Heavens”, ventures into dimensions which only the mind can reach through symbolisms we all know…before continuing in Origins III “The planet NI.BI.RU”, for a spiritual journey in the soul and in the Universe itself.

I believe that Origins has the distinction of taking a simple and direct approach to deep and wide-ranging topics, making them accessible to a broad readership. 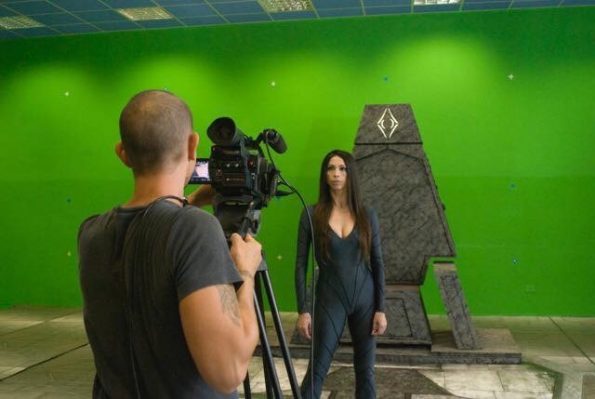 For me, writing the books has been a long process over a number of years, with moments of interruption for lack of time while I followed my professional projects as performer and producer.

But these interruptions also had the advantage of allowing the overall vision to mature and evolve.

But first of all this gave me the inspiration to evolve myself as a human being. This is very important: every day we must be in continuous evolution as a person, gather a deeper knowledge and consciousness.

This work required a great deal of information – over 5,000 pages of research. But above all it was a work of internal elaboration of many of my thoughts about life and themes that are dear to me, to bring them together in the construction of a storyline: the ancient civilisations and in particular that of Mesopotamia, our planet’s first civilisation, and then the myths and mythology, the universe, the quantum theories, spiritual searching, the values of life, the great undertakings, current themes, symbols, time…

Hence it has been like spinning a thread which by twisting and untwisting has connected all these topics. 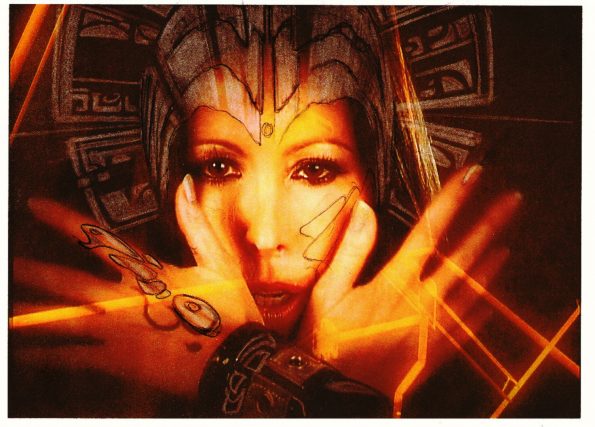 With these stories of your trilogy, you have captivated us all, but what is the truth in them, because you have described them as epic stories that could be in the same vein as “The Lord of the Rings”, “The Star Wars “and even” “Harry Potter”.

“Origins, The Answer” is a new “world”. I think, that the story’s incredible richness and its countless characters make this saga immensely attractive.

All the names of the characters, the places and other terms that I used are real and in Sumerian language or sometimes in Akkadian or Old Babylonian – and are based on the archaeological research on the ancient Mesopotamian tablets.

The plot and the hypothesis that are put forward, are all based exclusively on historical, mythological and scientific facts. 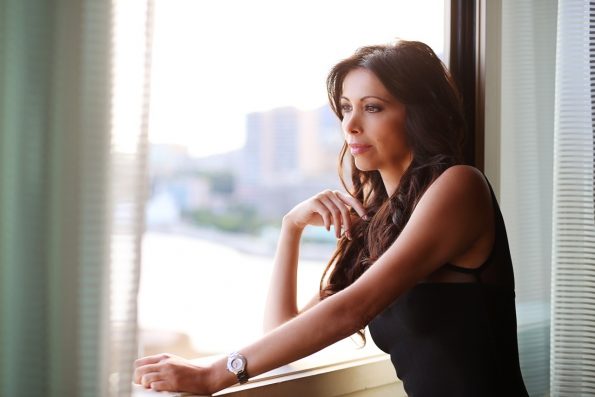 Can the Human Being know the truth or we will need to continue looking for it?

“Origins, The Answer” opens an inexhaustible debate on the origins of man and all human knowledge.

It is this that contributes to the world of ORIGINS’s irresistible fascination.

Where in fact are the boundaries between reality and fantasy?

And if the hypotheses formulated were true?

Origins’s greatest function is that of re-awakening this sentiment and keeping it alive. 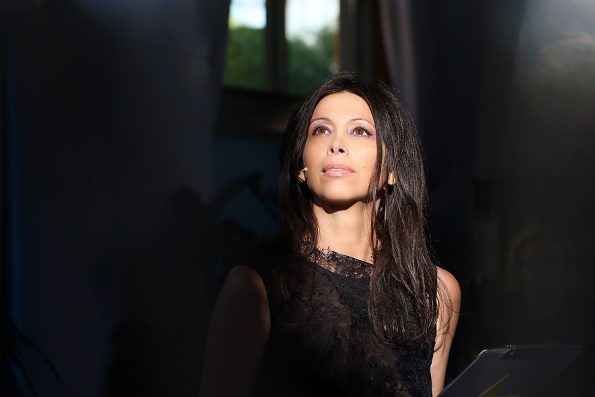 What would be Lorena’s advice for all those people who have more questions?

The first motor in life is curiosity. Curiosity pushes us to formulate questions and then look for the answers. Never stop to look for the truth, for the meanings of things. Today it is so easy to have access to many information on internet and thanks to this to be able to formulate our own opinion.

But often people are passive and don’t take the time to think. They accept pre-confectioned thoughts. May be because they are tired or don’t have time.

Because of this Origins has the purpose to stimulate thoughts, to help the reader to put different elements in relation, to inspire the wish to understand, to learn, to think… 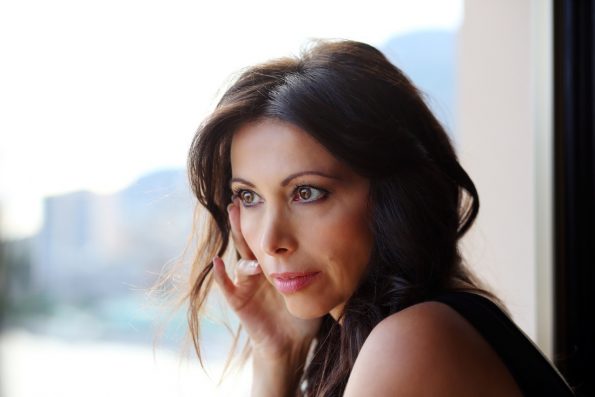 How do you see the present moment and the future?

The Trilogy that I have written is aimed at carrying a universal message. In this difficult global moment, we must rediscover those essential ethical and spiritual human values that make a civilisation great.

For me as a performer, Creativity and Love are the biggest forces in the universe and so they are the motor that drives the actions of Origins, The Answer’s protagonists.

And if each of us refound that very precious, vital impulse that drives someone to follow their own ideals, dreams and passions?

Origins aims to inspire all of us to restore and promote the soul’s epic values.

After all, each of us is the hero of their own life.

The Books of the Trilogy are part of a wider entertainment project of PromoArt Monte-Carlo Production created by Lorena Baricalla and Tino Genovese which includes a Live Movie Musical Show for Answer new “world” arises from the deep interest they both have in philology, religion and science.

On Amazon worldwide (Paperback and eBook)

You can read more about Lorena Baricalla in this link: https://redivory.org/lorena-baricalla-an-extraordinary-woman