Finally the full Trilogy which reunites the 3 books of the ‘Origins -The Answer’ saga by Lorena Baricalla is now published in a single paperback edition on Amazon. For those who search for the meaning of life in a universal vision this is the perfect reading. Actually, it reunites different themes that are of current relevance in this historical moment. The author has been able to write a story with incredible richness that makes the Trilogy immensely attractive. Inspired by ancient myths, Lorena Baricalla combines the ancient cultures of our planet with time and space, reflecting a profound vision of the universe.

A new world, a new approach. Absolutely not to be missed. 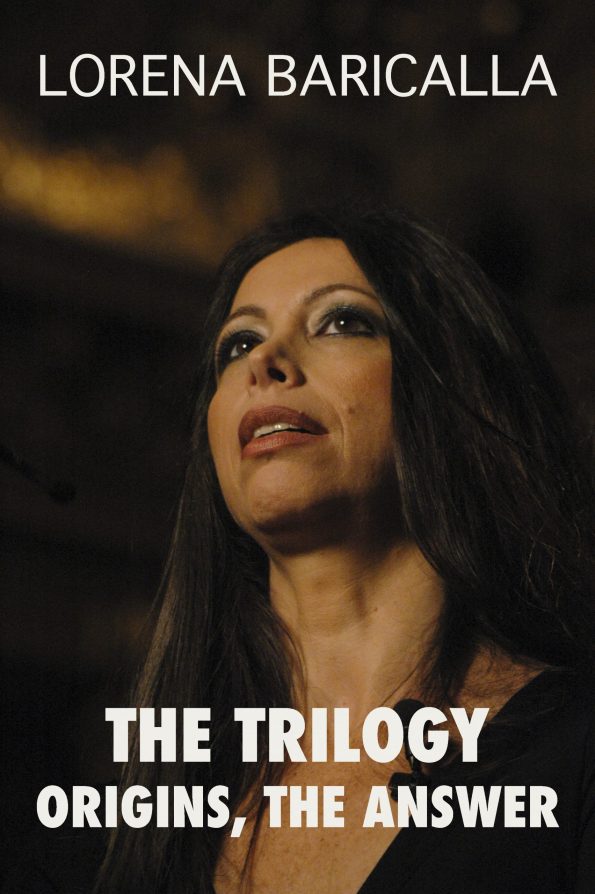 Origins -The Answer Trilogy is an adventurous and spiritual epic saga spanning 1,200,000 years – embracing past, present and future – and bringing the Answer to the mystery of the Origins of man.
The vast “world” of ‘Origins – The Answer’ is based on the ancient Mesopotamian texts – the oldest on our planet – as well as on the most recent quantum theories.

The enthralling plot is based exclusively on historical, mythological and scientific facts.

Captivating leading characters and countless other figures inhabit the epic and heroic “world’” of Origins – The Answer:  All the names of the characters and the places are real, as well as the terminology used, and are drawn from the ancient Mesopotamian tablets.

The same model is the basis of the 3 stories of the trilogy, which however develop in a totally different and autonomous way as in 3 parallel worlds. These are consecutive from a temporal point of view because they are generated from each other but also coexist simultaneously in an infinite circle, where time does not exist.
Origins I “The Creation of Man” will transport the reader into an earthly and corporeal reality, while Origins II “In search of the Kingdom of the Heavens” will venture into dimensions which only the mind can reach before continuing in Origins III “The planet NI.BI.RU”, for a spiritual journey in the soul and in the Universe itself.
The ‘Origins – The Answer’ saga can be viewed on various levels. In the first place, it reveals its entertaining and adventurous side, but whoever wants to can gradually go into much more subtle levels of comprehension. Every fact that is narrated is actually linked to multiple spiritual, esoteric and symbolic meanings, from which the reader will be able to gather the profound message of ‘Origins – The Answer’. 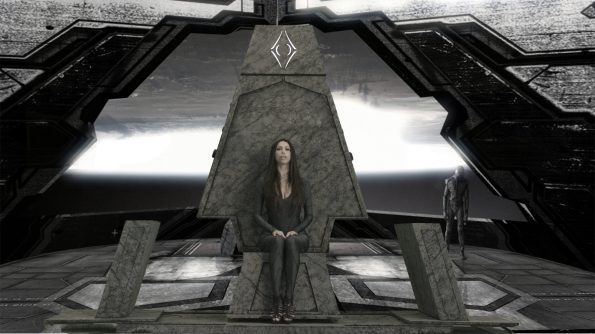 LORENA BARICALLA International performing artist, Lorena Baricalla is the artistic icon of the international project ‘Origins – The Answer’, in which she is the main performer and creator of the saga. Ballet star and choreographer, singer and actress, she is the author of the books of the Trilogy.

Lorena’s charismatic personality is the soul of ‘Origins – The Answer’. She perfectly represents in the story the character of Nin.Hur.Sag, the Great Mother Goddess.

Thanks to her unique creative vision and the ability to make it happen she has created an enthralling epic saga with fascinating characters. 5000 pages of research and a deep personal exploration of the subject have been necessary to lay the foundations of the world of ‘Origins – The Answer’ and the books of the Trilogy.

The Books of the Trilogy are part of a wider entertainment project of PromoArt Monte-Carlo Production created by Tino Genovese and Lorena Baricalla which includes a Live Movie Musical Show for large arenas and a Trilogy of movies. The global concept of the ‘Origins – The Answer’ new “world” arises from the deep interest they both have in philology, religion and science.

To get your copy of the book: