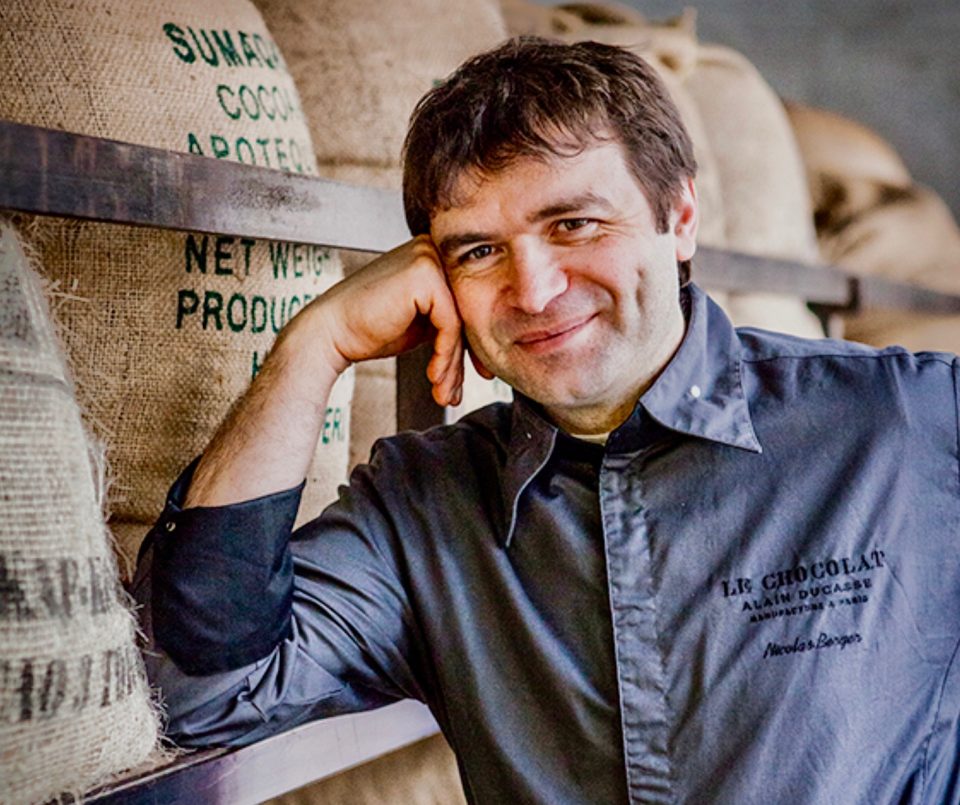 It was in New York that Nicolas Berger met Alain Ducasse who employed him as the pastry chef for his restaurant located in Essex House, entrusting him with the same position three years later at his restaurant at the Plaza Athénée, Paris. Eventually, he appointed him as executive pastry chef for all of his establishments. For a period of four years Nicolas Berger travelled the world, sharing his expertise with his teams around the globe. Following 12 years of successful partnership, it was only natural that Alain Ducasse offered Nicolas Berger the opportunity to accompany him in his chocolate dream. Sharing the same philosophy of the product, the two men were in immediate agreement. The folly of creating a chocolate factory in the very heart of Paris became a reality. A dream coming true through determination, creativity and savoir-faire. 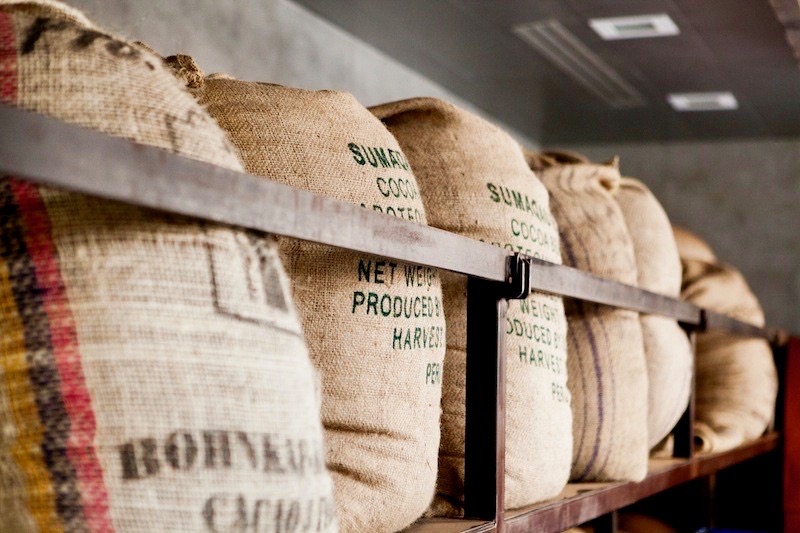 Passionate about the quest for the essential, for flavours that are original rather than for their originality, Alain Ducasse and Nicolas Berger have selected their cacao beans based on purity and personality: sourced from a dozen locations, resulting in as many identities and unique flavours. Each bean is worked according to its character: more or less conching, different cooking times, little cocoa butter added, less sugar, and so on…
With no mixing of his beans, Nicolas Berger reveals the personality of each producing country: the smoky Indonesian Java, the delicate and powdered Trinidad, the tart Madagascar, the excellence of the Venezuelan Chuao and Peruvian Porcelana, the unique botanical aroma of Vietnam… 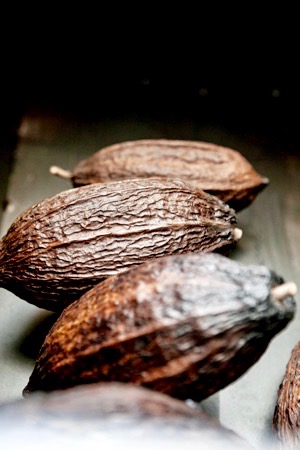 When was born the idea of making a chocolate craft shop?

Alain Ducasse’s Manufacture de Chocolat was born of the desire to go back to the roots, the true essence of what makes chocolate: the work of a craftsman, both meticulous and creative, a craft using bespoke machinery, processes that are time consuming… In a world that spins ever faster, this place is a return to the notion of patience, the love of a job well done.

How is it different from other chocolate shops?

There isn’t any school to become chocolate maker. Every day we try, adapt, adjust, refine and work it again. Our approach is tailor-made. From the cocoa beans selection to the moulding, every step is mastered and controlled. We transform chocolate respecting its origin and preserving its flavours to sublimate its taste.

We invite the public to rediscover the physical, sensory and sensual world of chocolate.

What does the customer who goes to Alain Ducasse's shop really want?

Passionate about the quest for the essential, for flavours that are original rather than for their originality, Alain Ducasse and Nicolas Berger select their cacao beans based on purity and personality: sourced from a dozen locations, resulting in as many identities and unique flavours. Each bean is worked according to its character: more or less conching, different cooking times, little cocoa butter added, less sugar…

What are your specificities ?

The Alain Ducasse chocolate bar explores the purity and diversity of its origins. Hailing from countries around the world, the chocolate bars retain the flavors of the cocoa beans’ location. 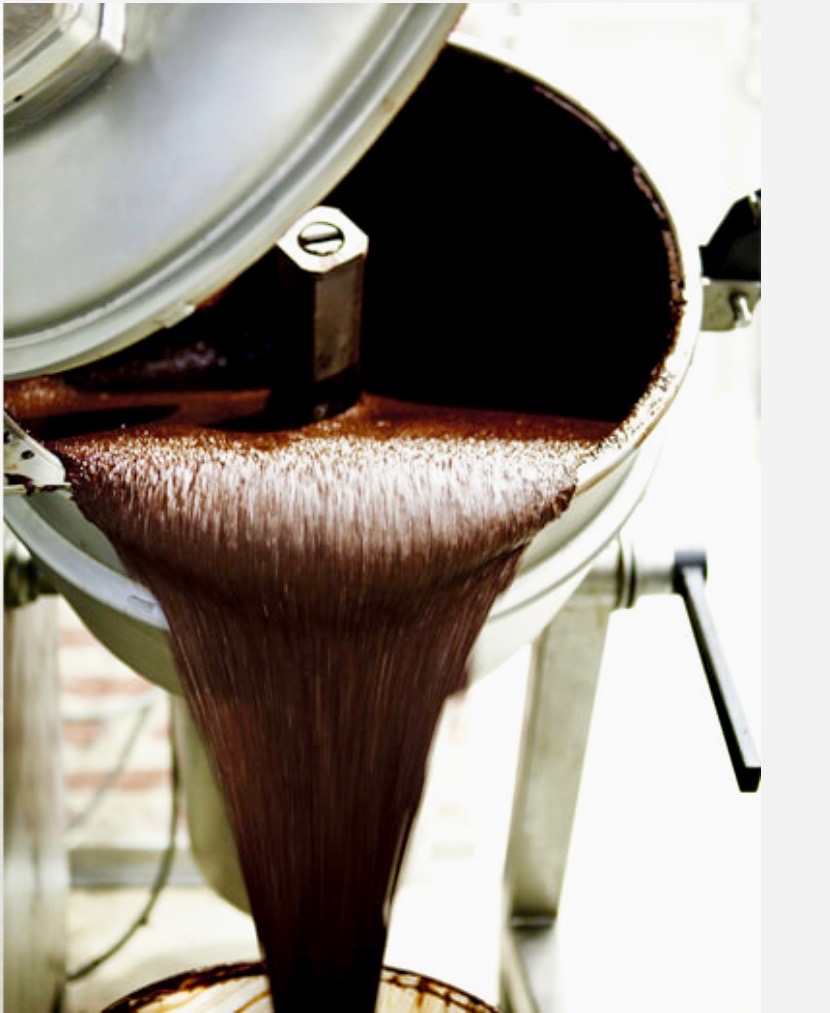 How did you find your impressive machines ?

I traveled the four corners of Europe, visiting a dozen old machines, often dusty and left in some dark recess, sometimes put to other uses. The bean roaster “Virey Garnier” was previously used for coffee. The temperature was lowered to 70°C (158°F) and, its speed was adjusted so as not to break the beans. The sorter was used for Jordan Almonds, the Fryma mill was used to grind mustard seeds. Each machine was restored with care. 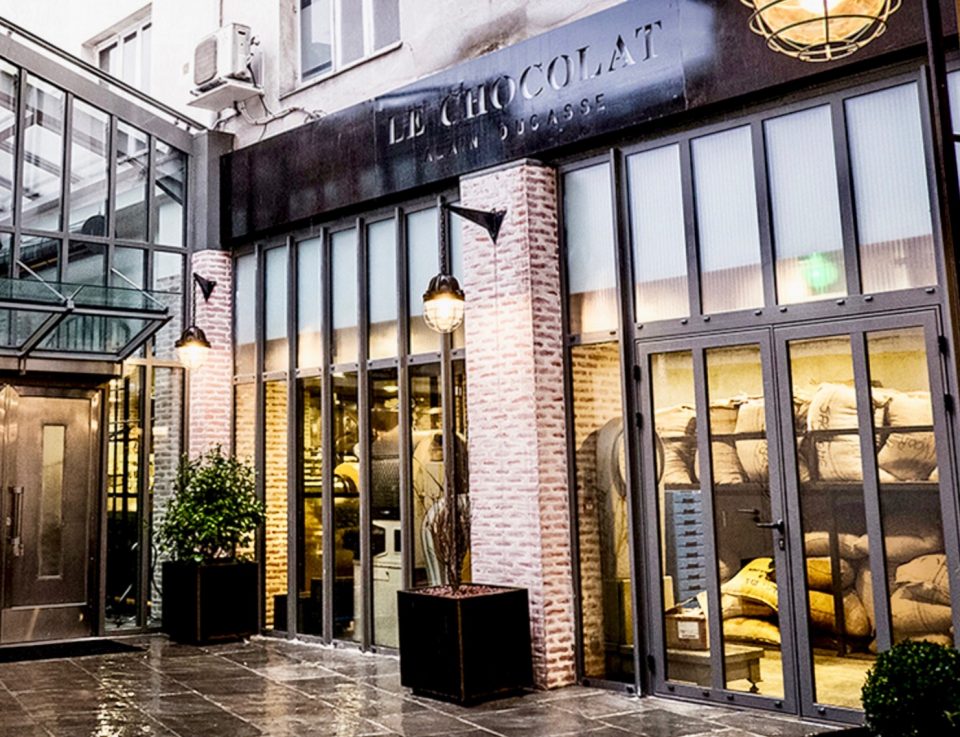 What is the future for the Manufacture de chocolat Alain Ducasse ?

We really hope! No doubt that there are a lot of people waiting for your exquisite chocolates...

Congrats and thanks very much for the opportunity to interview you!