I had the pleasure to interview Lorena Baricalla that is one of the most famous Monegasque artist and a great person.

She was the Ambassadress and Master of Ceremonies of the Monaco World Sports Legends Award, that has just taken place in Monte Carlo. It is for sport and its finest champions what the Oscars of Los Angeles are for the cinema and its actors. 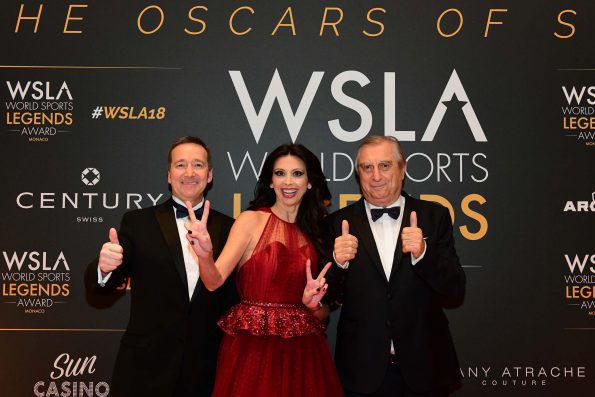 The Oscars of Sport took place during Friday 7th and Saturday 8th of December in the Principality of Monaco.

The Media Day was held on Friday 7th December while on Saturday 8th the 3rd Award Ceremony and Gala Dinner-Show with Red Carpet was held in the Salle D’Or of the Fairmont Monte Carlo, situated in the famous bend of the Formula 1 Grand Prix.

It was an unforgettable and superbly elegant evening, bringing together sporting stars with entertainment, art, fashion and glamour to make the WSLA a unique international showcase and an exclusive VIP Red Carpet: the Oscars of Sport. 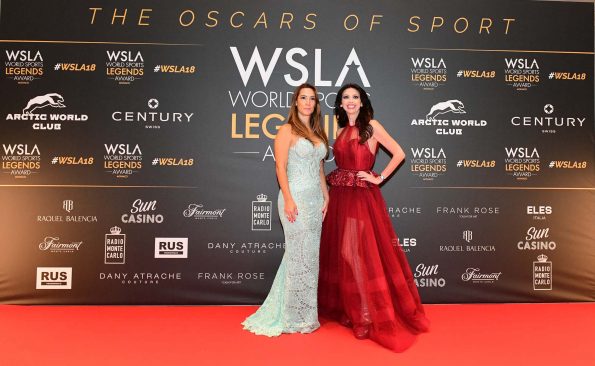 Lorena Baricalla was in charge of presenting the Oscars of Sport, presenting the greatest world sporting champions: Osvaldo Ardiles from Argentina, Football World Champion, Jutta Kleinschmidt from Germany, the only woman to have won the Paris Dakar, and Freddie Spencer from the United States, 3 times World MotoGP Champion.

The WSLA Posthumous Award was given to the Brazilian Ayrton Senna, 3 times Formula 1 World Champion.

The Award was received by his niece, Bianca Senna, President of the “Instituto Ayrton Senna”, who came expressly from Brazil.

Finally, the WSLA Best Values for Community Support recognized Doctor Claudio Costa, the Italian doctor and creator of the Mobile Clinic in MotoGp, which has saved the lives of many champions. 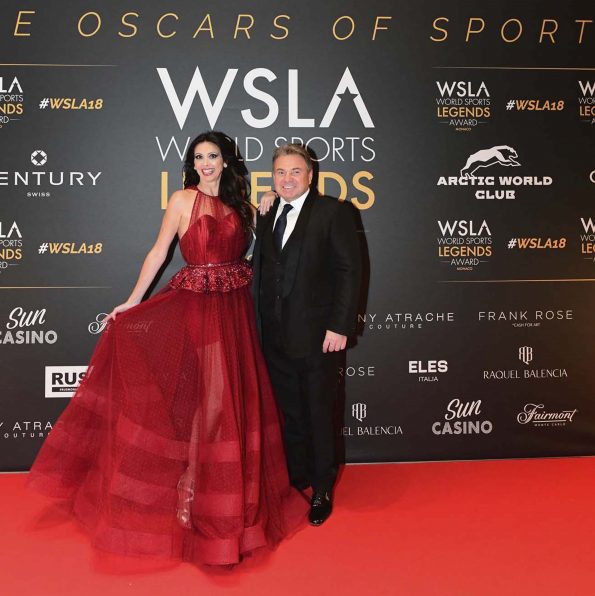 The event had the support of the Automobile Club of Monaco and the Monte Carlo Board of Tourism and Congresses, as well as the partnership of the Sun Casino.

For the third consecutive year, Radio Monte Carlo of the Mediaset Group was the Official Radio of the WSLA.

Officials partners of the event were the Swiss brand of luxury watches Century Time Gems and Arctic World Club with its President Sergey Egorov, an international organization that has active development of the Arctic region as its goal. Since its establishment, the Club’s activities have been closely linked to business, science, culture, sports and charity events in Russia and abroad.

Some great moments of the event of Lorena Baricalla with the guests.