Bibian Blue began in Barcelona in the year 2000 with her first Fashion Collection.  In 2001, she opened her Atelier and many celebrities have passed in this beautiful place. The originality of the stylish designs was quickly recognised and Bibian Blue fashion has been showcased throughout Spanish fashion press and television.  Her Atelier becomes a fashion landmark and a must-visit shopping venue in the centre of the city. 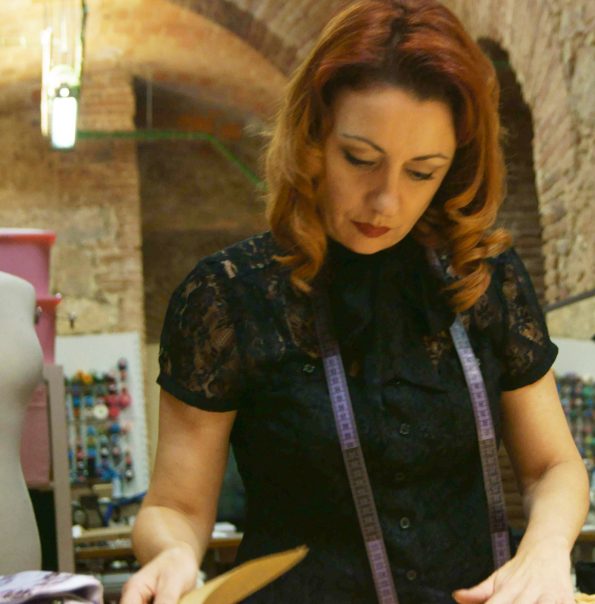 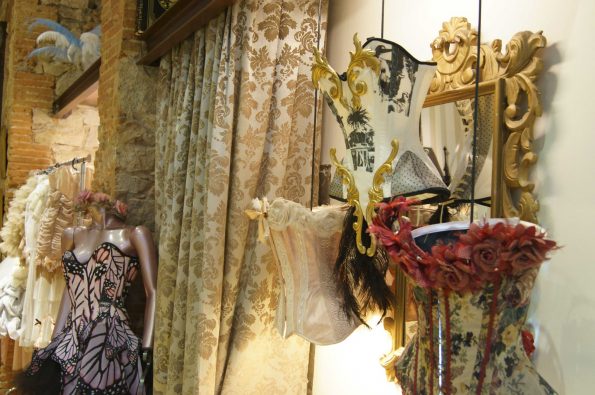 How did your brand began?

I had several clothing stores in Barcelona at the beginning of nineties, bringing clothing from London , before becoming a fashion designer. After few years I decided to study fashion design. I personally design all the collections and I have a small permanent team in my atelier/boutique (2-3 people) that it is extended depending on the season, or if there are peaks of work, like fairs, fashion shows. 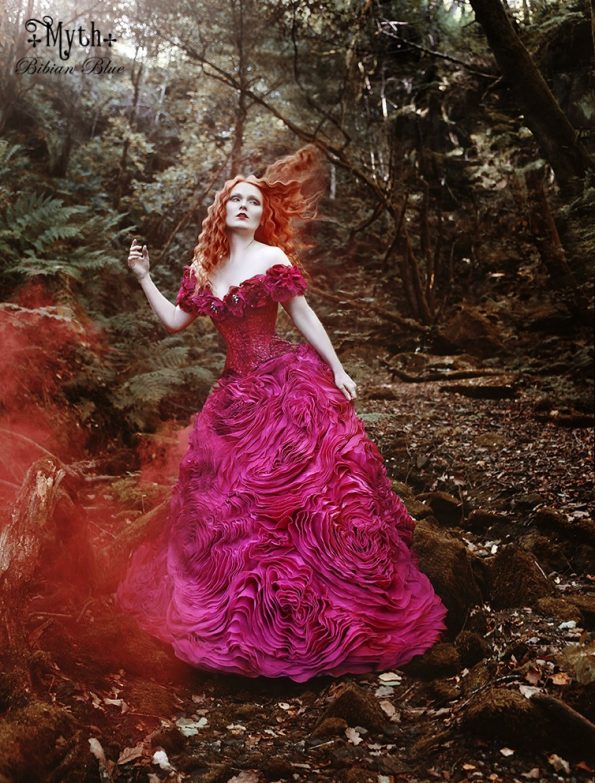 In what kind of woman you focus your designs?

Our current client is varied both in age and lifestyle, but they all have a profile that claims their identity and wants to differenciate themselves from the rest. 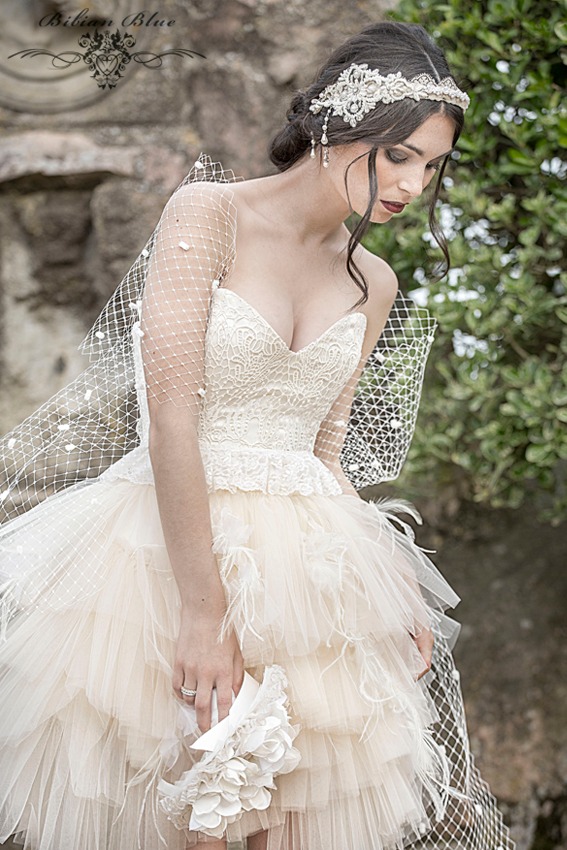 What things do inspire you when you design the collections? It must be difficult to provide so much creativity to make two annual collections each season.

Corsets are the main pieces of my collections, as I love the way it modifies shapes, and its elegancy. I’ve been creating this garment since the beginning of the label, so I have created my own style in making them. Actually, we have lots of students from Spain and many countries in Europe that come to our atelier to do their fashion internship, to learn our unique techniques in corsetry. I regularly do courses about it also in the main fashion schools in Barcelona, and next Winter in my studio as well.

This is my best starting point for my collection. Then I choose a theme that I love,  mainly based in art/history periods or other artists that inspire me…Then I start searching as much information as I can from the chosen theme, and I work intense on that for 2 months, approximately. For me, it is difficult to choose what will be the next collection actually! I have some many ideas and collections waiting to be made! 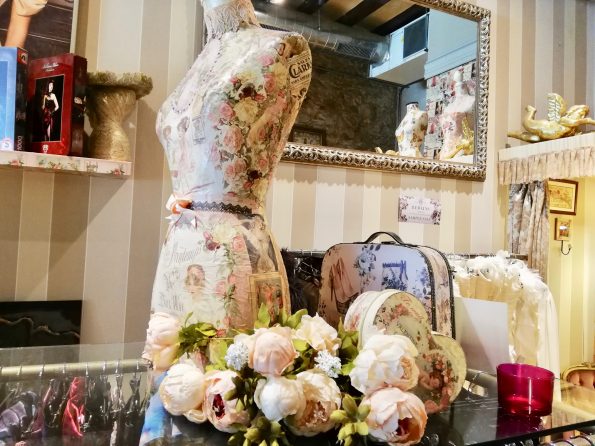 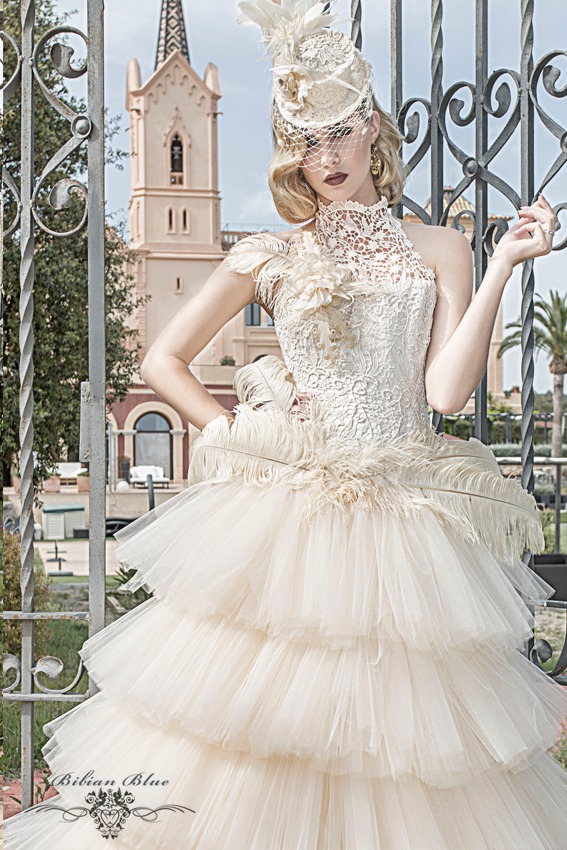 What fairs and events have you gone with your collections?

I have been travelling all around the world with my collections, but mainly Europe (UK and Germany the most). Since I started the label, I had so clear that I wanted an international label. My product is only not for a Spanish market. Fashion Shows… I have been in all oficial Fashion weeks in Spain, also in Dubrovnik, Cape Town in South Africa, London, Paris and recently Bolivia to the best fashion week there, so it was our first attempt in the Latin-American market. 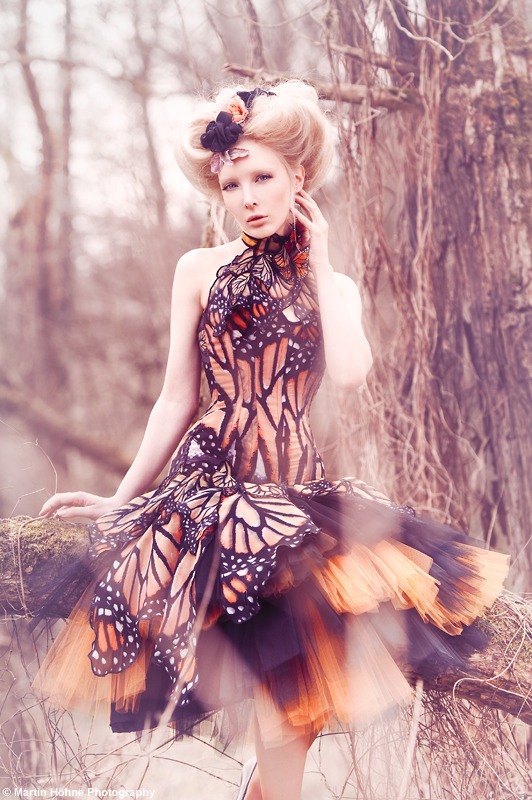 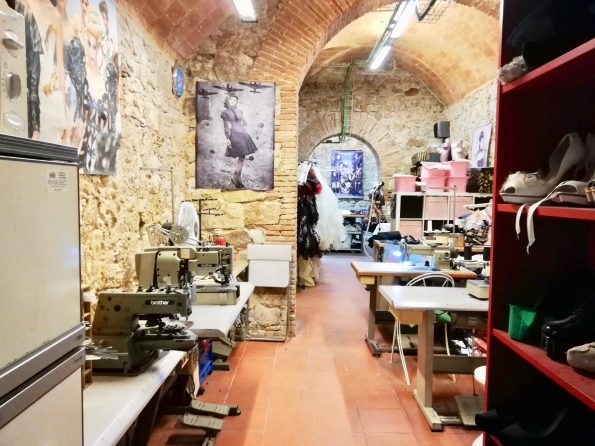 What customer profile would you like to dress?
And what celebrities have you dressed?

The ideal man / woman would be the one who has a mixture of attitude and elegance and quite romantic.

We have dressed many Spanish celebrities such as Alaska, Marta Sanchez, Mala Rodriguez, Rossy de Palma, Elena Anaya or Soraya, among others, and internationally Katy Perry’s violinist in one of her shows at NY Fashion Week, and recently we dressed Dolly Parton for her amusement park in the US. 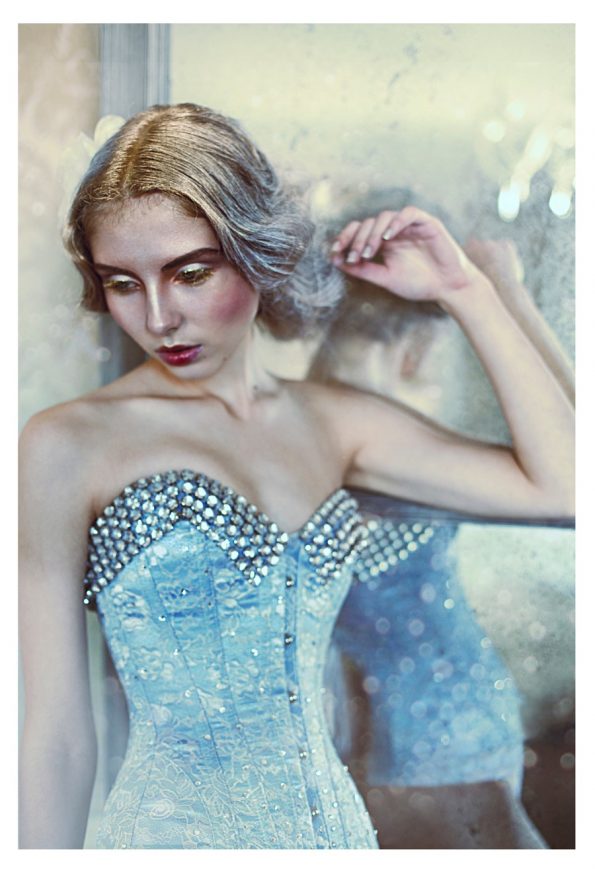 I would love to dress celebrities like Daphne Guinness and Dita Von Teese. They have a mixture of style and extravagance that seems perfect to me, as well as what it represents the diffusion of fashion from their particular vision, but I also admire Olivia Parlermo’s style, reminds me a little bit of Audrey Hepburn. 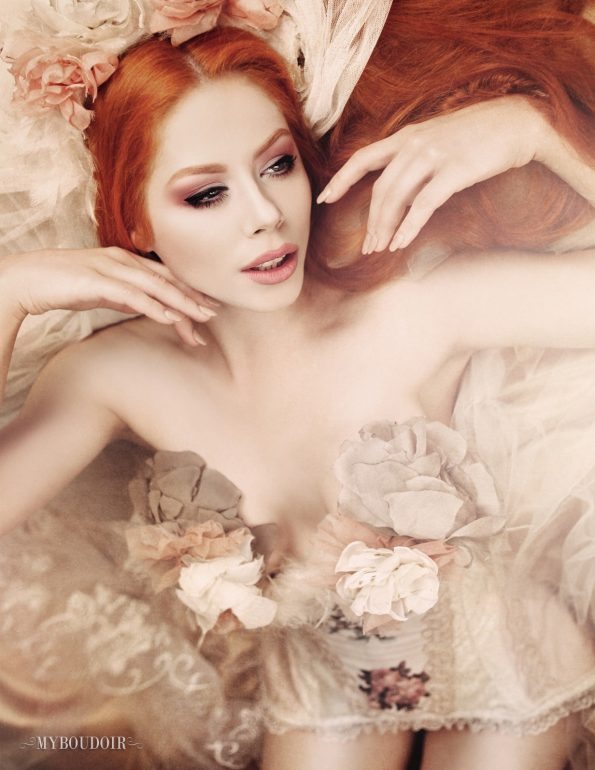 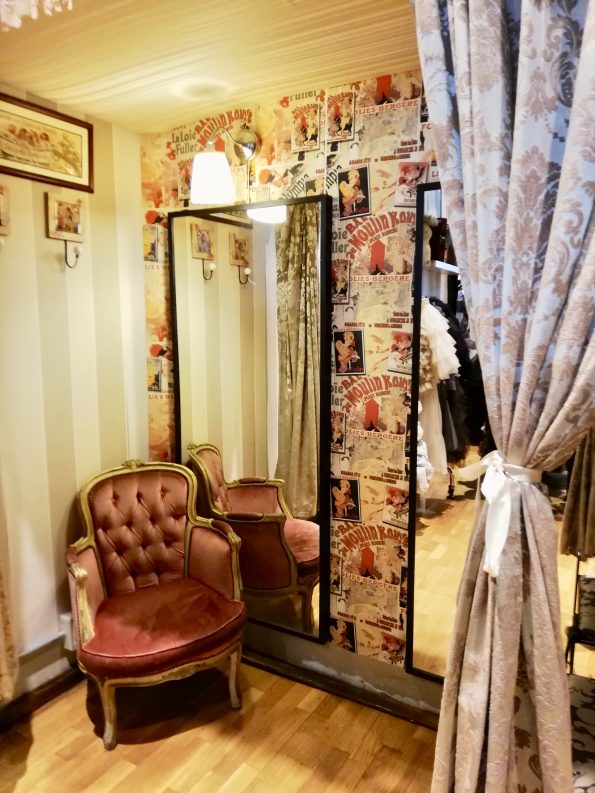 How do you see today the world of fashion design and also the bridal fashion?

It is complicated, since there is a lot of competition for a very cheap product, that makes people increasingly want to spend less money on clothes, which has made close many great companies and continue to close, but it is clear that at the same time there is more interest in everything that is handmade and artisan, and different from the rest. The proof is in the quantities of events that offer very different designs nowadays and independent designers like me. 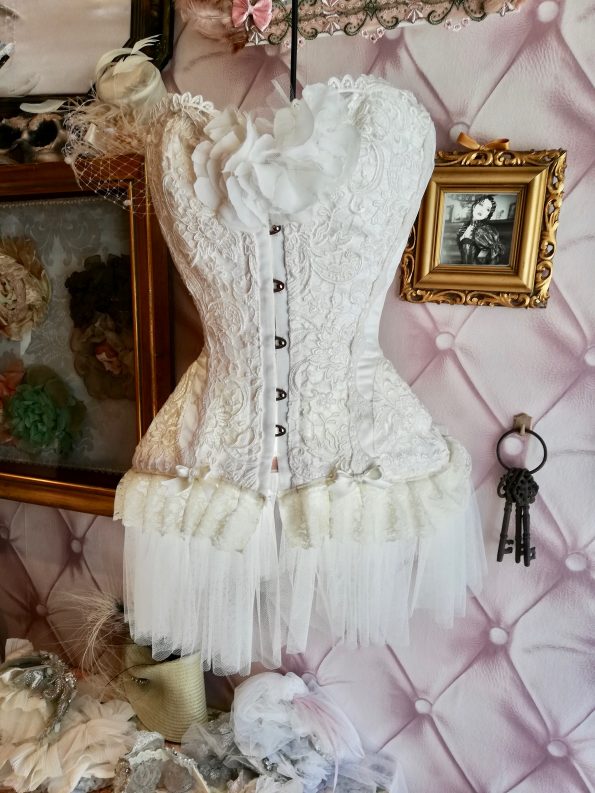 What would you like to do during the next years?

Continue growing as a company and be able to have a little more stability in general. 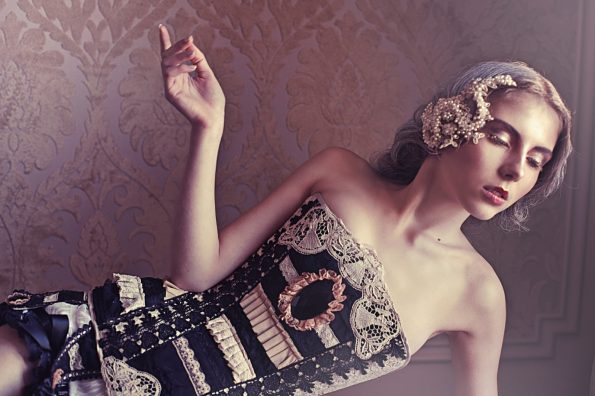 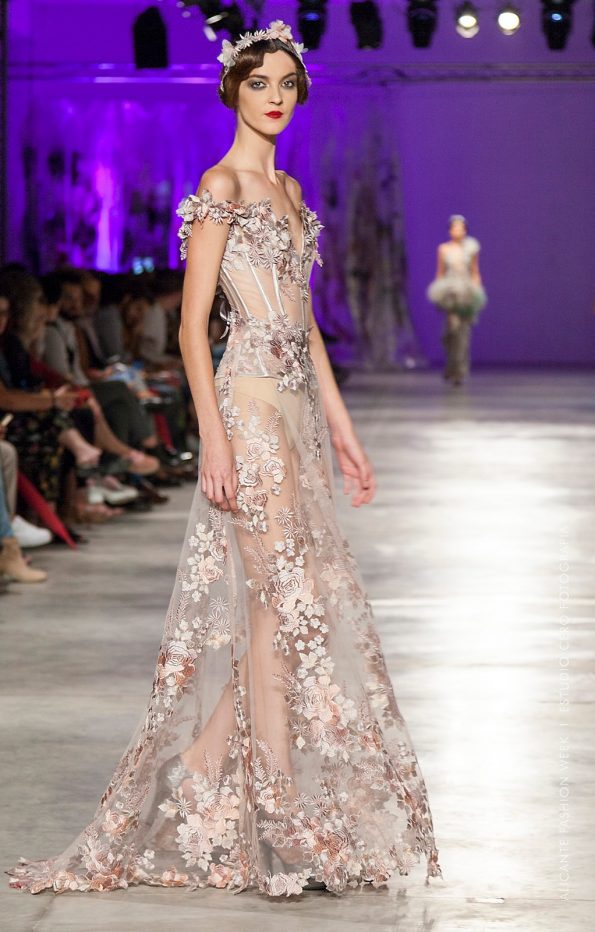 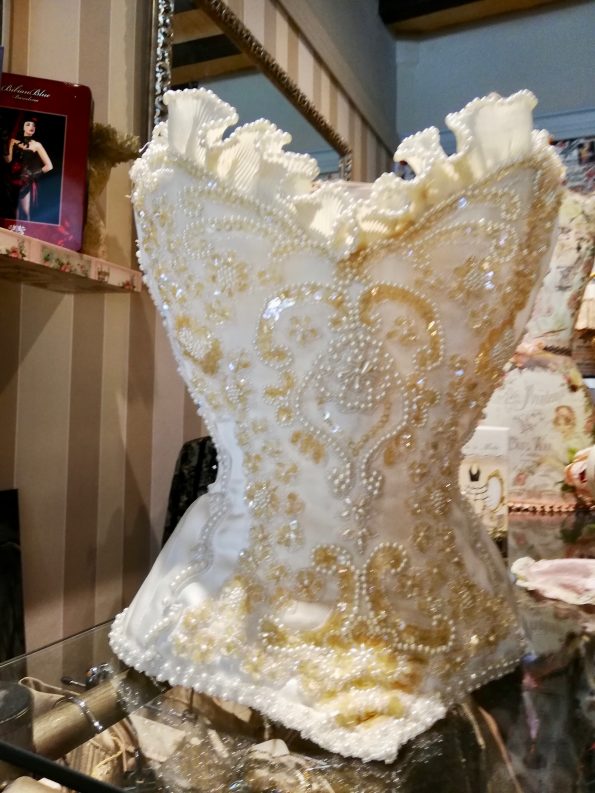